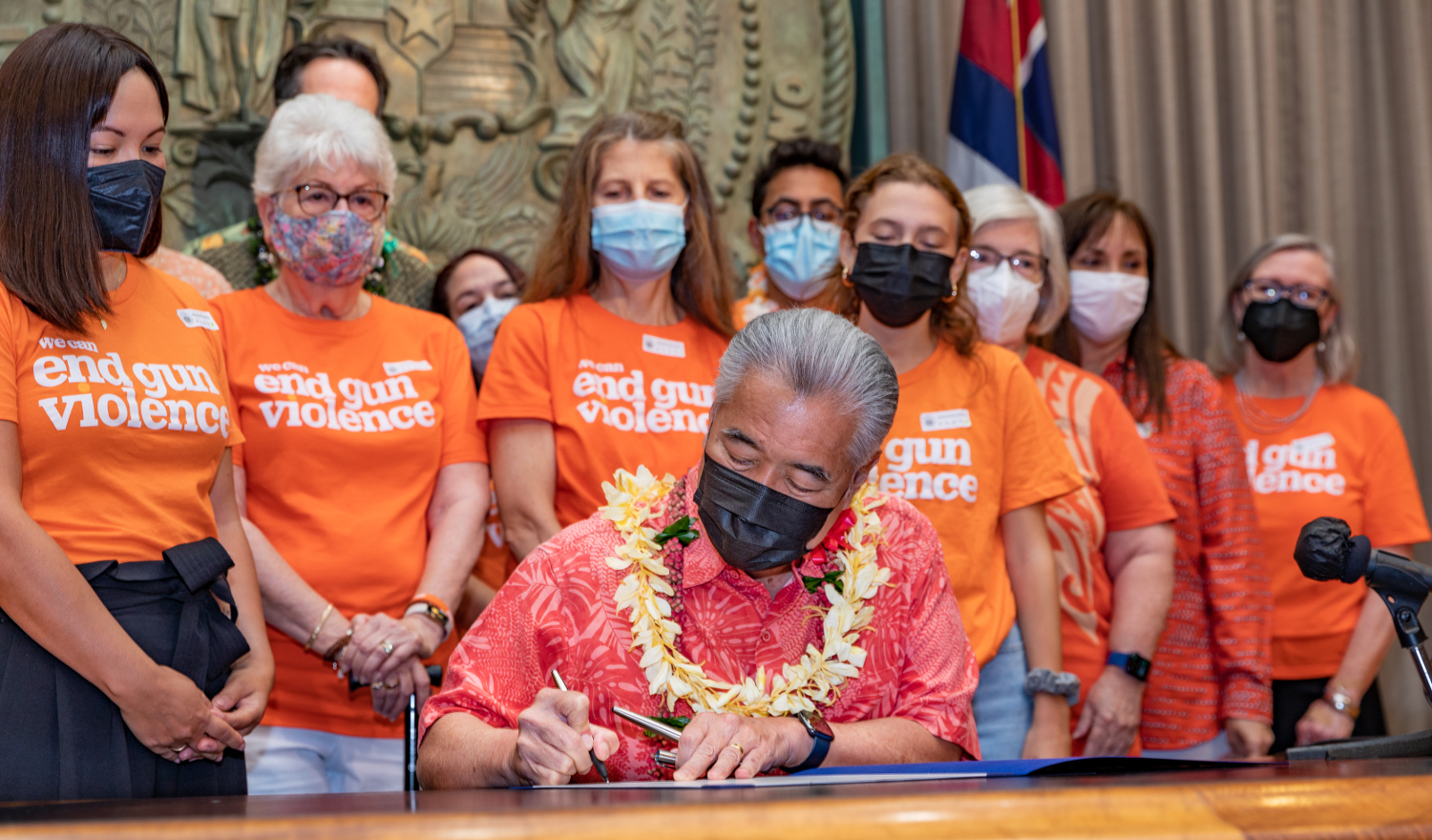 photo of the bill signing courtesy State of Hawaiʻi 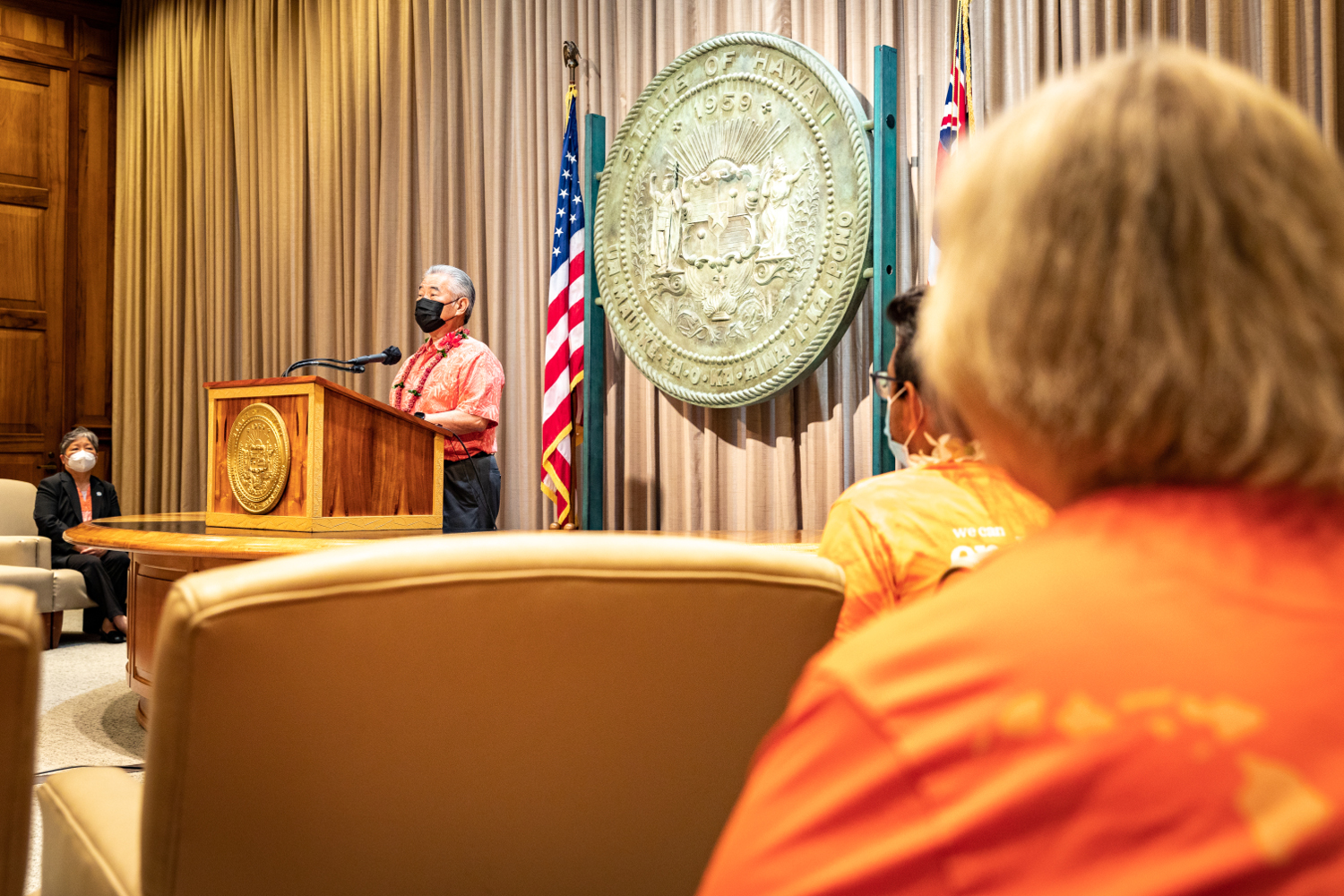 House Bill 2075 (Act 030) requires physical inspection of firearms under certain circumstances. The State says the new law “restores part of a previous gun law that was struck down by a federal court last year.”

Hawaiʻi officials say the new law “requires the physical, in-person inspection of three categories of firearms that have been identified by county police chiefs as top concerns and threats to public safety”. They are:

“In the wake of the tragic mass shootings in Uvalde Texas, Tulsa Oklahoma and in so many other cities across the U.S., and a week after a shooting injured four in Honolulu – it is more important than ever that the State of Hawaiʻi takes action against gun violence,” said Gov. Ige in a news release. “Hawaiʻi has one of the lowest rates of gun violence in America, and this new law is key in helping law enforcement keep our communities safe.”

From the office of the Governor:

Among the state’s strict gun laws is one that requires people who buy guns to obtain a license and complete a firearm safety course.

Since Gov. Ige took office, Hawaiʻi has enacted new gun safety legislation that includes the “Extreme Risk Law” – which allows individuals to petition a court to disarm a person in crisis. Another law enacted during the governor’s term alerts law enforcement officials when anyone who is prohibited from owning a firearm, attempts to obtain a gun. And in 2020, Hawaiʻi joined other states in prohibiting ghost guns and the manufacture or purchase of parts for the purpose of assembling a ghost gun.

Also today, Gov. Ige signed a proclamation declaring June 3 National Gun Violence Awareness Day, when people across the United States are wearing orange to raise awareness and pay tribute to victims of gun violence, their families and loved ones.