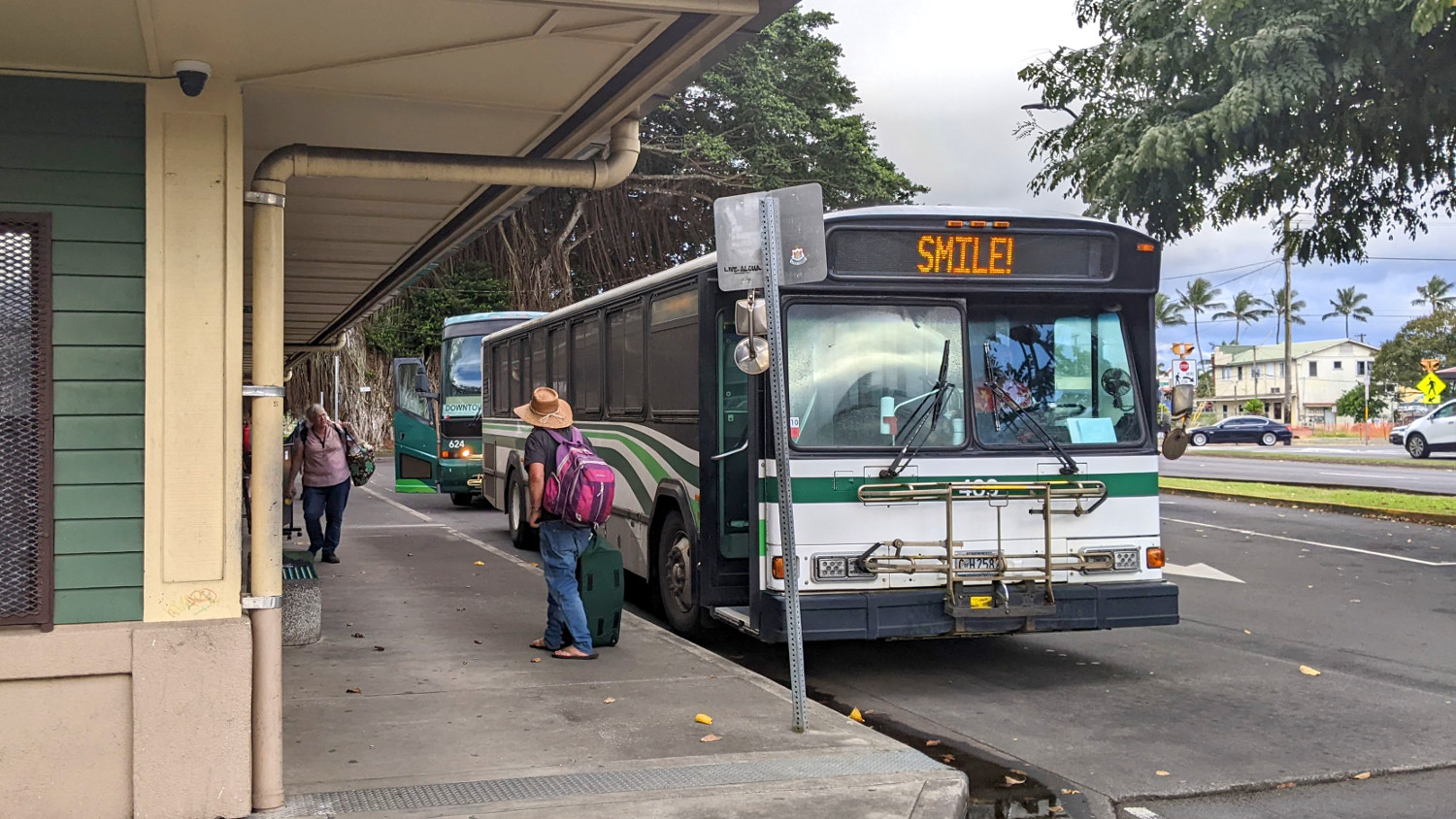 photo of the bus stop in Downtown Hilo

HILO, Hawaiʻi - The free service is made possible by federal funds from the Coronavirus Response and Relief Supplemental Appropriations Act and the American Rescue Plan Act.

(BIVN) – The Hele-On bus on the Big Island is now a free ride.

In a news release, the County said the free bus service is possible “due to the Department receiving $4,500,00 in Coronavirus Response and Relief Supplemental Appropriations Act (CRRSAA) and $1,879,773 in American Rescue Plan Act from the Federal Transit Administration (FTA) by way of the Hawai9i Department of Transportation (HDOT). The funds are 100% Federal with no local match necessary and are provided to help transit systems sustain their operations during the pandemic.”

The County added that upon receipt of the American Rescue Plan Act funds, “the fare-free initiative should extend another year to December 31, 2024.”

“We are extremely excited to offer this improved, efficient, and critical resource to our community at no cost,” said Mayor Mitch Roth in a written statement. “There are a myriad of issues contributing to a growing cost of living, so it is our hope that providing free transportation services to our residents will help alleviate some of that burden. We understand that Hele-On has had a bad rap in the past but would like to encourage our residents to try it out; they may be pleasantly surprised.”

With Hele-On accessible to all, equity and improved access to sustainable public transit island-wide for county residents and visitors are now in effect. Hele-On is also using the funds to cover the implementation of the new transit service network as planned in the 2018 Transit & Multi-Modal Transportation Master Plan, which increased public transit access in the Hilo, Kailua-Kona, Waimea, Puna, and Kaʻū areas of the Island with later service, more frequent service and added Sunday and Holiday services. The Master Plan is helping the County restore creditability in its public transit system and allow it to be an integral part of connecting people to jobs, education, social service, and quality of life while driving economic development. In addition, underserved communities such as Pahoa, one of the fastest-growing areas on the Island, has significant transit access with seven days a week transit service, paratransit service, and additional small bus service within the many subdivisions along Highways 11 and 130.