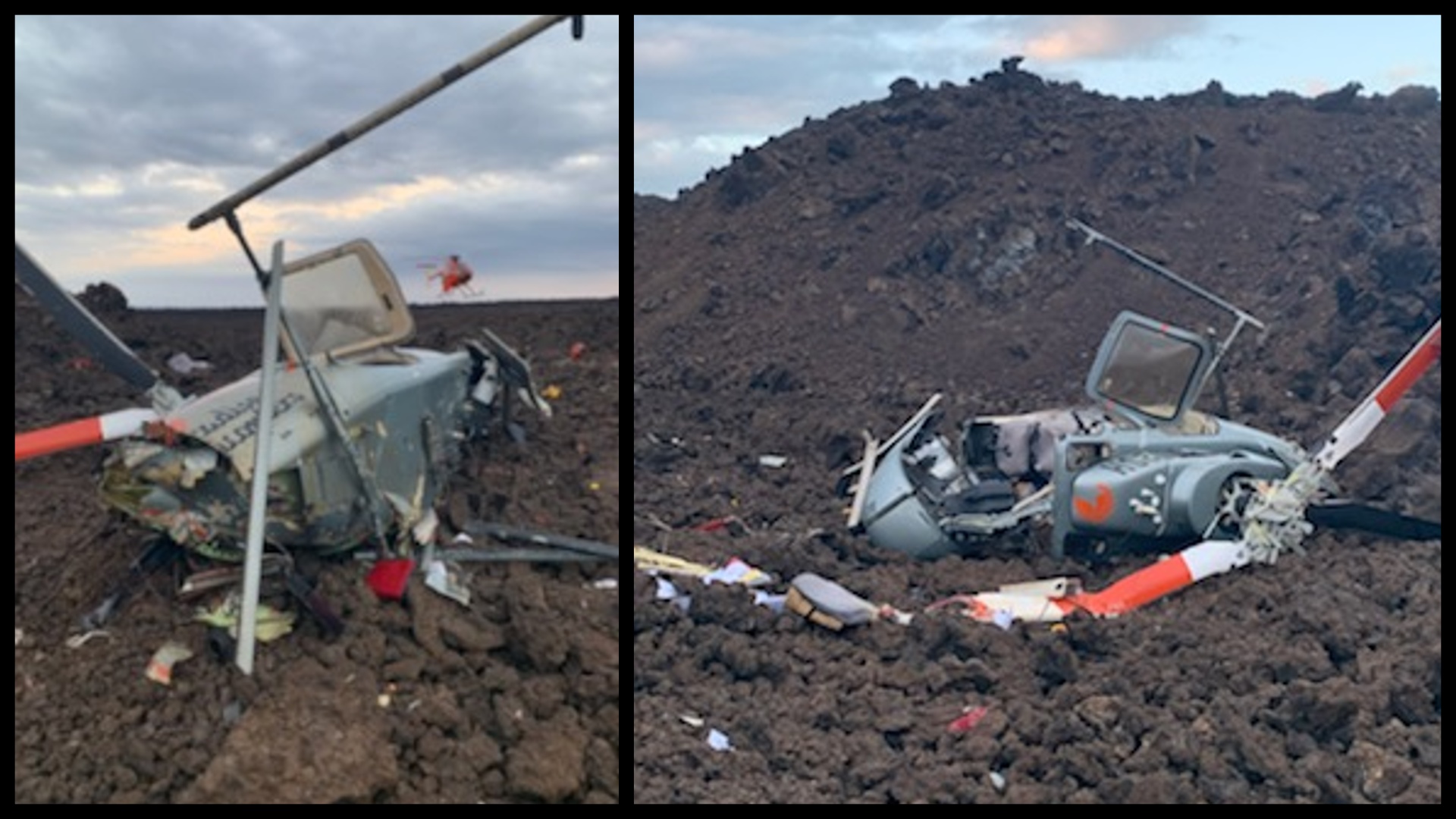 KAʻŪ, Hawaiʻi - The helicopter went down between the Ranchos Subdivision and South Point Road, officials say.

(BIVN) – Six people were injured after a helicopter crashed in a Kaʻū lava field on Wednesday.

The Hawaiʻi County Fire Department says there were no fatalities at the scene of the crash. The helicopter went down between the Ranchos Subdivision and South Point Road.

The Hawaiʻi Fire Department responded to the crash alarm at 5:32 p.m., and says ground units were unable to access the crash site in a timely manner. Eventually, a County helicopter was initially able to extricate two females and a male from the crash site, as medics staged at the south end of Menehune Drive. The same helicopter returned to extricate a fourth patient.

A second chopper arrived on the scene and extricated the two “most seriously injured” patients.

The cause of the crash is under investigation.