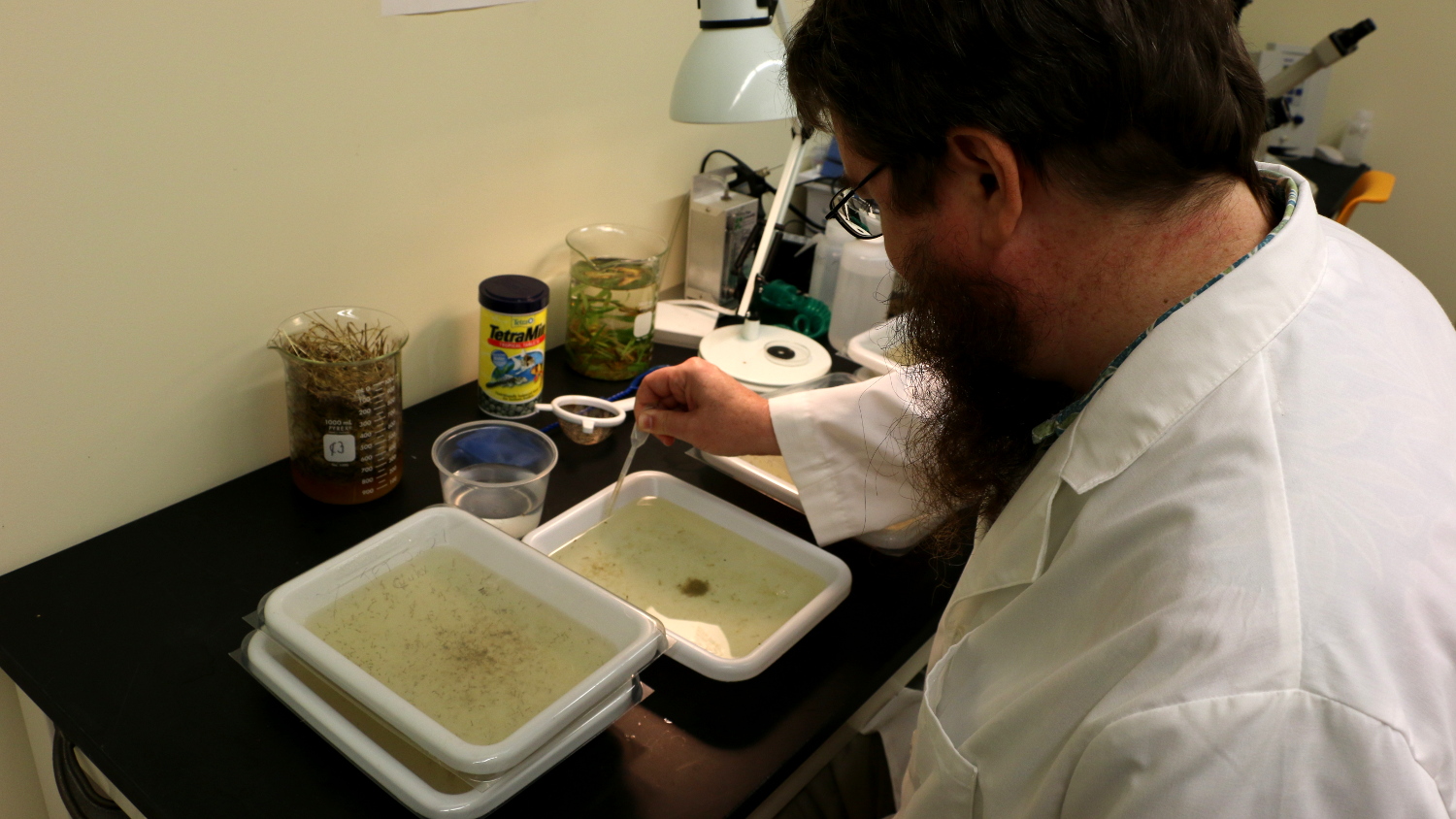 HAWAIʻI ISLAND - The mosquitos containing the Wolbachia bacterium are not a result of genetic modification or genetic engineering, state officials say.

(BIVN) – As the State of Hawaiʻi considers a permit to import and release “sexually incompatible mosquitoes in the hopes of reducing disease-spreading mosquito populations in the islands,” a state department is trying to correct “misinformation circulating on social media” that the imported mosquitoes might be genetically modified.

In May, the Hawaiʻi Department of Agriculture Advisory Committee began moving forward with a permit application to allow for the introduction of mosquitos containing the Wolbachia bacterium in order to reduce mosquito populations and thus “reduce the potential of transmission of mosquito vectored diseases.”

On Wednesday, the Hawaiʻi Department of Land and Natural Resources – one of the state departments supporting the request to add three mosquito species to the List of Restricted Animals – issued the following news release:

Despite misinformation circulating on social media, the importation of “incompatible-male” mosquitoes to control populations of wild mosquitoes and to save four native bird species from extinction, does not involve the use of any genetically modified organisms (GMOs) or genetically engineered (GE) organisms.

On Thursday, the Plant and Animal Advisory Committee of the Dept. of Agriculture will consider listing three species of mosquitoes on its Restricted Species List A. The listing would allow the importation of three species of mosquitoes, all of which are already present in Hawai‘i. One of these, the Southern House Mosquito (Culex quinquefasciatus) is responsible for sharp declines in the populations of many honeycreeper species on Kaua‘i, Maui, and Hawai‘i Island. The other two species – Yellow Fever Mosquito (Aedes aegypti) and Asian Tiger Mosquito (Aedes albopictus) – transmit human diseases.

A collection of agencies and organizations working under the Birds, Not Mosquitoes partnership, plan to introduce a mosquito birth control into bird habitats to try and stop avian malaria from killing the last remaining populations of these birds… some of which have fewer than 100 individuals in the wild and are expected to go extinct in less than two years.

This mosquito birth control approach is being safely used in 15 different countries, including on the continental U.S. The Birds, Not Mosquitoes partnership is guided by the State’s top scientists and researchers, who collectively have many decades of experience studying Hawaiʻi’s forest birds and mosquitoes. According to Birds, Not Mosquitoes, “We need these Wolbachia-incompatible male mosquitoes to be listed so that importation can commence.”

Landscape-scale control of disease-carrying mosquitoes is considered the most urgent conservation issue in Hawai‘i. A recent U.S. Department of Interior report estimated ‘akikiki on Kaua‘i are likely to go extinct in 2023, and the ʻākohekohe, kiwikiu, and ʻakekeʻe, soon after that. Information from the Birds, Not Mosquitoes group notes, “The extinction of the Hawaiian honeycreepers is being driven by exposure to avian diseases transmitted by non-native mosquitoes. Climate change is allowing non-native, disease-carrying mosquitoes to invade higher elevation forests, which was previously the last disease-free habitat where the honeycreepers were safe.”

1.) The Culex/Wolbachia process is not genetic modification or genetic engineering
2.) The Culex species involved is already in Hawai‘i
3.) The Wolbachia bacteria being implanted already occurs in Hawai‘i
4.) The only change is the strain of Wolbachia being implanted currently occurs in another mosquito genus (Aedes).
5.) The different Wolbachia strains in Culex will make the male and female mosquitos produce infertile eggs.

DLNR Chair Suzanne Case said, “It’s disappointing that some people are misinforming others by saying this is using GMOs or GEs. These are not genetically modified or engineered organisms. The proposed technique does not modify the genes of mosquitoes or Wolbachia. It is similar process to taking anti-biotics, then eating pro-biotics, to replace the existing community of bacteria with a different community within your stomach.”

All three of the mosquitoes are known to carry human diseases in Hawai‘i. Listing the species will enable the Department of Health to utilize this tool to reduce populations of mosquitoes of health concern in a safe, targeted manner, without the use of chemical insecticides.