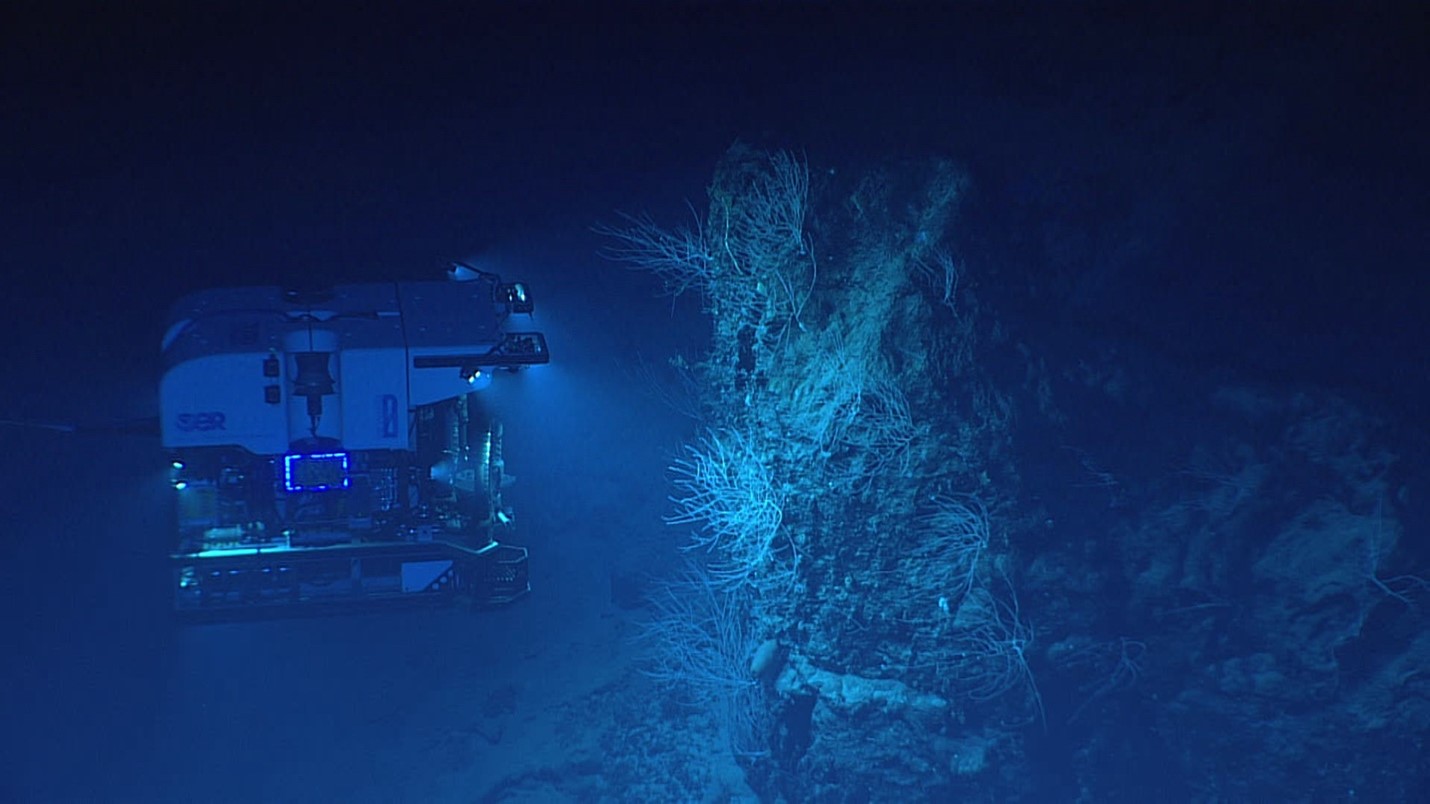 HAWAII ISLAND - HVO scientist Dr. Ashton Flinders will visit a poorly explored section of the Atlantic Ocean floor north of and around the Azores Islands.

June 8 was World Oceans Day, a day to appreciate the huge body of saltwater that covers about 71% of the Earth’s surface. Sometimes it’s easy to forget that our volcanic island is surrounded by oceans and one of the most distant places from continents on Earth. The ocean floor remains one of the most poorly understood places on our planet.

This month, Dr. Ashton Flinders, research geophysicist with the U.S. Geological Survey’s Hawaiian Volcano Observatory (HVO), will be co-leading a National Oceanic and Atmospheric Administration (NOAA) Ocean Exploration expedition to a poorly explored section of the of the Atlantic Ocean floor north of and around the Azores Islands.

Dr. Flinders’ trip is the middle leg of a much larger expedition taking place from May through August 2022 called NOAA’s “Journey to the Ridge 2022.” The expedition will be broadcast live as it happens, so you can follow Dr. Flinders on this exciting journey.

Dr. Flinders’ participation in this expedition continues a long legacy of HVO’s involvement in submarine exploration. During the expedition, he will work as a science ambassador, helping coordinate onboard and shore-side scientists to plan and accomplish exploration missions. He will provide his scientific expertise to assist in the description of newly explored areas including live narration during the ROV dives.

Dr. Flinders will fly from Hilo, Hawaii, to Saint John’s, Newfoundland, Canada, where he will board NOAA Ship Okeanos Explorer. The ship will leave Saint John’s on June 16th, making its way 900 miles (1,450 km) to the intersection of Charlie-Gibbs Fracture Zone and the Mid-Atlantic Ridge (MAR).

The ship will then sail south along a poorly explored section of the MAR and will arrive in the Azores archipelago in mid-July, These nine islands are an autonomous region of Portugal that sits at the triple junction boundary that separates the North American, Eurasian, and African Plates. These volcanic islands are the expression of hotspot volcanism, though it differs significantly from the Hawaiian hotspot.

Spanning the north-south length of the Atlantic Ocean and stretching an impressive 10,000 miles (16,100 km), the MAR is the longest mountain range in the world and one of four major spreading ridges that create new oceanic crust.

The MAR is offset by hundreds of faults and is unique in having a deep fault valley along much of the crest of the range that is the site of volcanic activity and frequent earthquakes. In other areas of the MAR, spectacular hydrothermal vents often form where magma provides heat as it rises to the seafloor.

These vents are known to support diverse biologic communities that thrive on chemical reactions that replace the sunlight at the bottom of the ocean. However, little is known about life at these sites once vents go extinct, or what life lies beyond the vents, further away from the rift zone. Expeditions aboard Ship Okeanos Explorer have resulted in the discovery of new species, unseen before.

The Journey to the Ridge expedition is a part of a major multi-year, multi-national collaborative ocean exploration field program focused on raising collective knowledge and understanding of the North Atlantic Ocean; the Atlantic Seafloor Partnership for Integrated Research and Exploration (ASPIRE).

The North Atlantic Ocean plays a pivotal role to humankind, providing biological and geological resources, seafood production and climate regulation, and a route for trade and travel between Europe and the Americas. With increased globalization, efforts to understand, conserve, manage, and defend the maritime commons have become an essential shared responsibility.

Seafloor mapping during NOAA’s upcoming expedition to the Atlantic will be visible on the live stream whenever remotely operated vehicle (ROV) dives are not being conducted. ROV dives may span depths ranging from 820 to 19,685 feet (250–6,000 m) deep. During dives, they expect to explore deep-sea coral and sponge habitats, potential hydrothermal vent and extinct polymetallic sulfide systems, fracture and rift zones, and the water column. Dives will be streamed daily, from approximately 6:45 a.m. to 5 p.m. EDT (12:45 a.m. to 11 a.m. HST).

Whether you are here on the Island of Hawai‘i, surrounded by the Pacific Ocean, or remotely observing NOAA mapping the Atlantic Ocean floor in several weeks, we hope you take a moment to appreciate our oceans and the important role they play in making life on Earth possible.