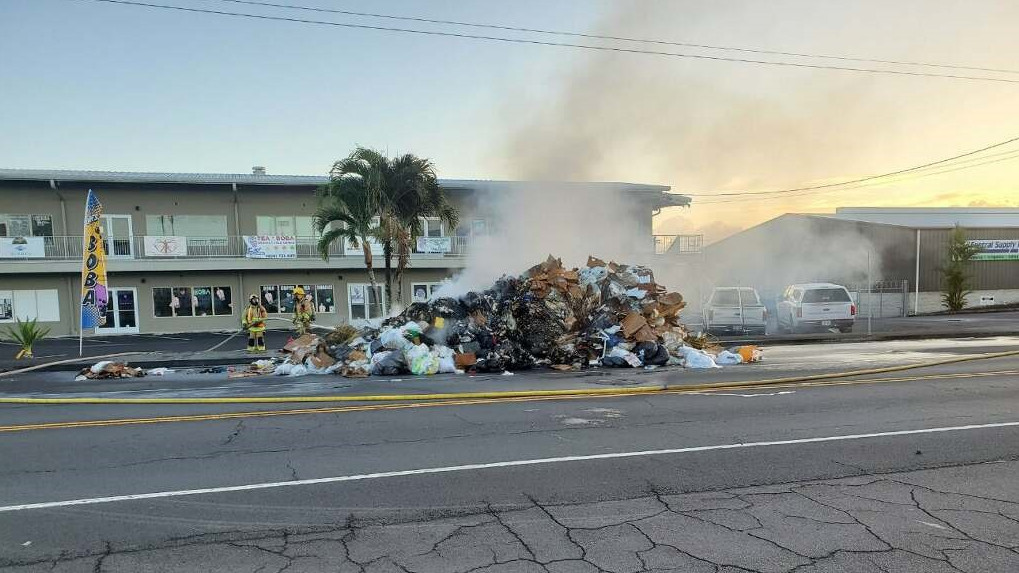 HILO, Hawaiʻi - The contents in the trash compartment of a commercial rubbish truck caught on fire on Friday morning, closing part of Kawili Street.

(BIVN) – A dumpster fire in Hilo forced the closure of a portion of Kawili Street on Friday morning, as firefighters worked to extinguish the burning trash pile.

“At 5:47 a.m. on Friday, June 17, 2022, the contents in the trash compartment of a commercial rubbish truck caught on fire,” the Hawaiʻi Police Department reported. “The vehicle driver expelled the contents of the truck load on the shoulder of Kawili Street.”

“Hawai‘i Fire Department personnel extinguished the burning trash and the Department of Public Works is also responding to the scene to evaluate this incident,” police said. “Traffic is expected to be detoured for the next three hours and drivers should expect delays in this area. Motorists are being detoured to E. Lanikaula Street.”

“Police thank the public for their patience and understanding,” the news release stated.