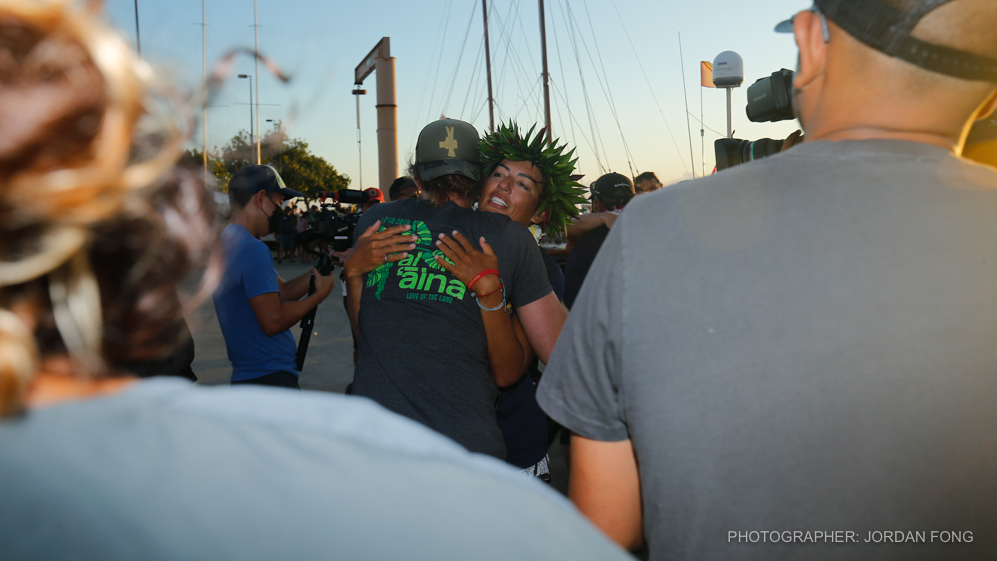 HONOLULU, Hawaiʻi - After 17 days at sea, the voyagers made an overnight stop at Keauhou to clear US Customs, before arriving at Sand Island, Oʻahu. 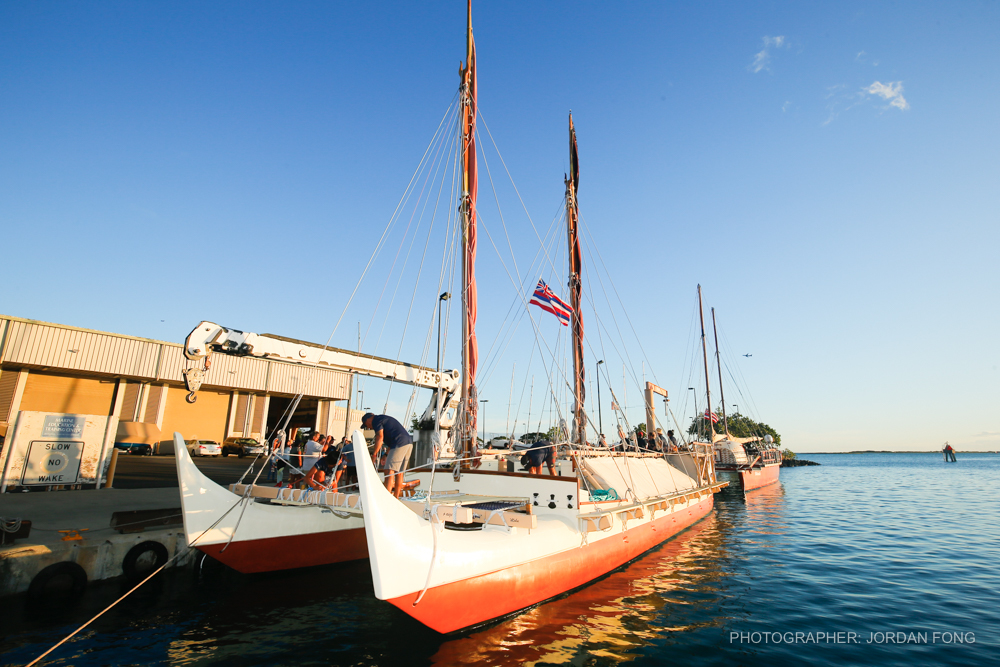 (BIVN) – The iconic Hōkūleʻa and Hikianalia canoes are back home in Hawaiʻi, after a successful voyage to Tahiti and back.

From the Polynesian Voyaging Society:

Polynesian voyaging canoes Hōkūleʻa and Hikianalia returned home to Oʻahu on Thursday evening (June 16, 2022) after a successful voyage to and from Hawaiʻi’s ancestral homeland of Tahiti. The two-month “Kealaikahiki Voyage” focused on training the next generation of voyagers, honoring the relationship between Hawaiʻi and Tahiti, and starting initiatives to build Pacific connections in preparation for next year’s Moananuiākea Voyage.

“When we began to map out the idea of the Moananuiākea Voyage, we knew we had to start by returning to our ancestral homeland of Tahiti to deepen our understanding of our voyaging traditions and the ancient searoad of Kealaikahiki,” said Nainoa Thompson, CEO of the Polynesian Voyaging Society (PVS). “The voyage was also an important step towards ensuring the future of voyaging. Despite the many challenges, the young navigators and crew demonstrated that they have the skills, values and commitment to ensure that voyaging never goes extinct in Polynesia again.”

As Hōkūleʻa and Hikianalia set sail for Tahiti, PVS also launched the first phase of waahonua.com, a virtual “Third Canoe” website that allows audiences to virtually follow the canoes’ journey through a voyaging dashboard, video stories, articles and educational resources.

The Hōkūleʻa and Hikianalia crews started the Kealaikahiki Voyage when they departed Sand Island, Oʻahu on April 11, 2022, for Hilo. After a five-day stop to wait for favorable weather conditions, the canoes departed Hilo on April 18, and made landfall on the French Polynesian Tuamotu Island of Rangiroa 18 days later. On May 7, 2022, the canoes and crew received a warm welcome by Tahitian dignitaries and the community at an arrival ceremony and celebration in Papeete, Tahiti.

During the two-week stay in French Polynesia, the PVS crew participated in highly sacred ceremonies at the ancient voyaging marae of Taputapuātea where Hōkūleʻa and Hikianalia were consecrated as sacred vessels of heritage to carry the mana (spirit) of Polynesia throughout the vast Pacific on the Moananuiākea Voyage, which will start the spring of next year. 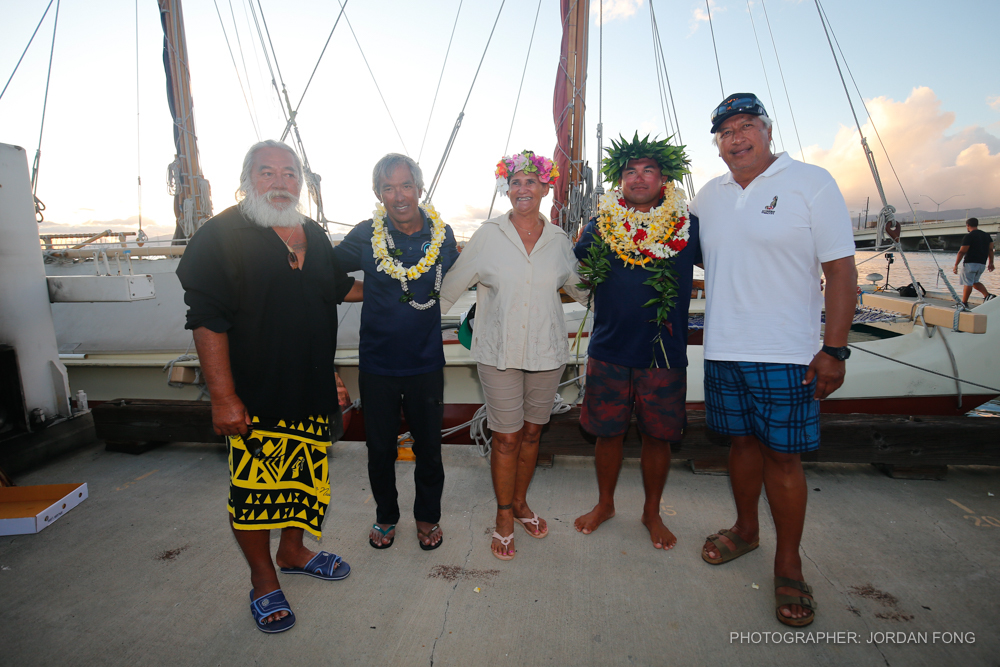 In addition to cultural protocol, the crews also participated in ocean conservation events during the Blue Climate Summit, a gathering to accelerate ocean-related solutions to climate change. Thompson and crew leadership also joined French Polynesia President Edouard Fritch for the signing of a Joint Declaration for the protection of oceans by French Polynesia and PVS.

The return leg of the Kealaikahiki Voyage began on May 24, when the canoes departed Papeete for Rangiroa where they stopped for three days before continuing the journey home to the Hawaiian Islands. After 17 days at sea, the crew spotted Hawaiʻi Island’s Mauna Loa. After an overnight stop at Keauhou to clear US Customs, the canoes departed on June 15, and arrived at their homebase at the Marine Education Training Center at Sand Island, Oʻahu on June 16, 2022 at 6:45 pm.