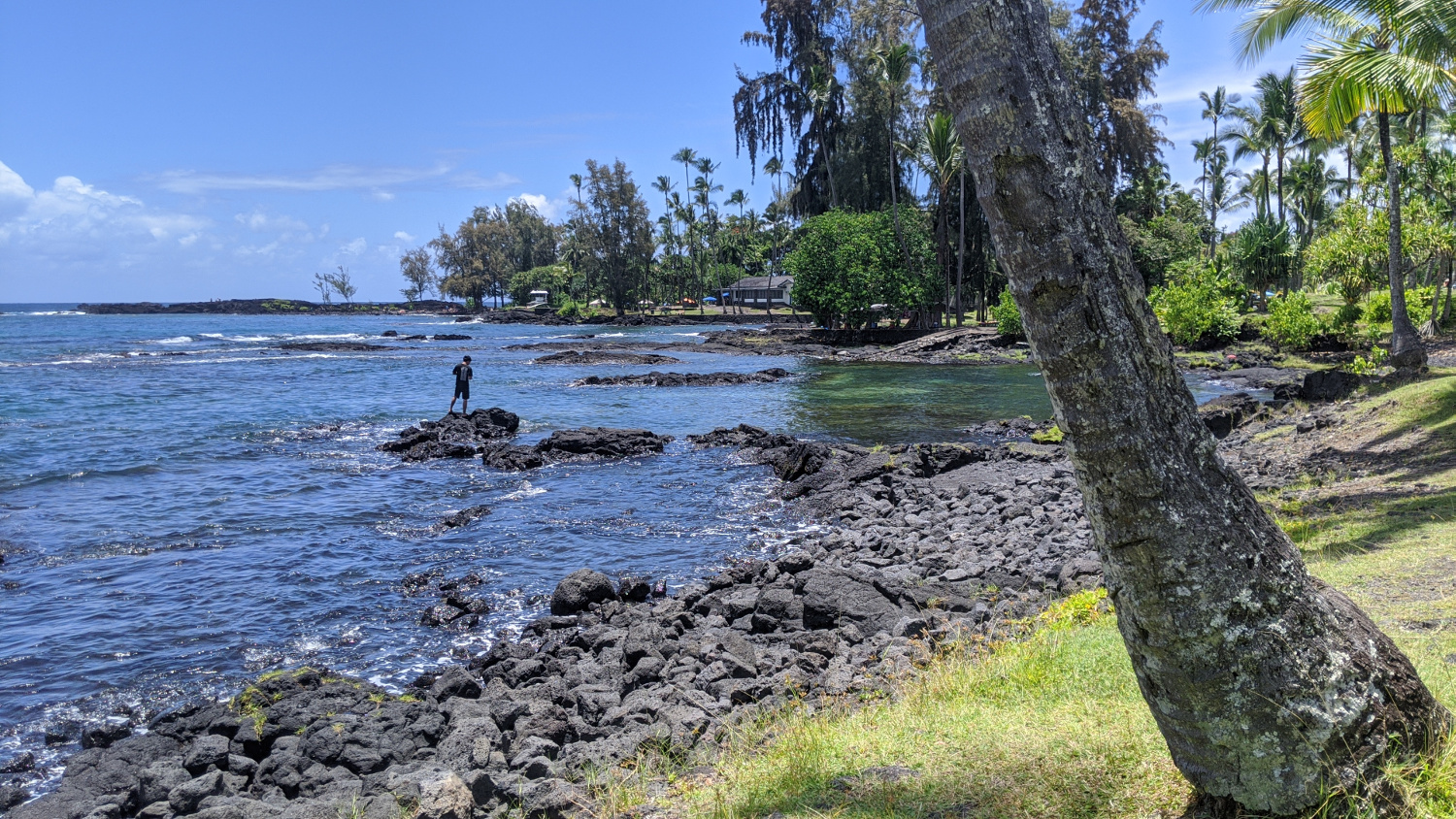 image of Hilo Bay, showing a distant Richardson Ocean Park from the area of Leleiwi

HILO, Hawaiʻi - The Department of Parks and Recreation has announced the cancellation of this year’s event due to ongoing construction at Richardson Ocean Park.

(BIVN) – This year’s Richardson Rough Water Swim has been cancelled due to ongoing construction at Richardson Ocean Park.

The Hawaiʻi County Department of Parks and Recreation made the announcement in a Tuesday news release. The department stated:

The open ocean swim event is held annually in late July or early August at Richardson Ocean Park in Hilo, where the start and finish lines are established and where pre-and post-event activities are hosted. The event involves well over a hundred participants in addition to numerous supporters, spectators, and event staff at the park. The park remains open for the public to use during the event.

Due to active construction that began on June 6, the Richardson Ocean Center and onsite parking lot are closed, and access to the park and its shoreline are limited due to construction work area barricades. Beginning as early as July 5, the active construction area will be expanded, further limiting access to the beach area. The public restrooms will also be closed for renovation. Portable restrooms will be provided for public use through the project’s completion, which is anticipated in February 2023. Showers will continue to be provided throughout the project.

The improvements this project will deliver are required for the County’s compliance with the Americans with Disabilities Act and will benefit all park users in numerous ways for years to come.

“We understand the timing of this work, at the start of summer and following more than two years of COVID-19 impacts on our community may seem in poor judgment,” said Parks Director Maurice Messina in early June. “However, honoring the County’s and our community’s obligation to provide ADA access at this top-rated beach park is long overdue. The timeframe required to implement the work in this sensitive coastal environment and repair such a significant, historic building meant the project would impact summertime use either this year or next.”

The County says it looks forward to the return of the Richardson Rough Water Swim event in 2023.