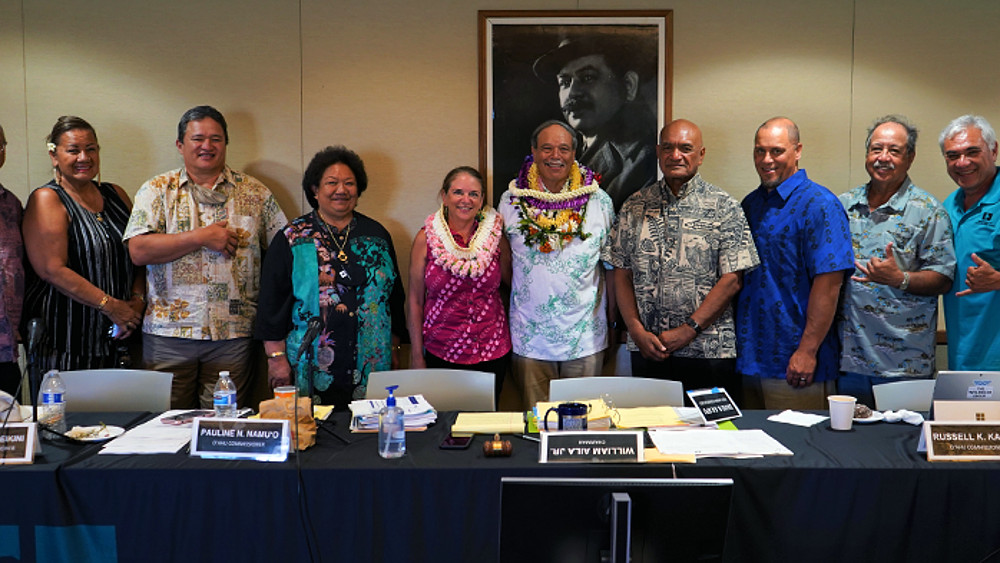 KAPOLEI, Hawaiʻi - Kaʻapu reached the term limit after eight-years on the Commission, and attended his last meeting in June.

(BIVN) – The outgoing Hawaiian Homes Commissioner for West Hawaiʻi was recognized for his service on Monday.

From the Department of Hawaiian Home Lands news release:

The West Hawaiʻi Island Commissioner has dedicated his time as a member of the HHC board since being appointed by former Governor Neil Abercrombie in June 2014. He has served the eight-year term limit for a HHC Commission and attended his last meeting in that capacity at the June meeting.

Commissioner Kaʻapu is a practicing attorney at law in Kailua-Kona, Hawaiʻi Island with an emphasis on quiet title, business law, wills and trusts, general litigation, and land use. He graduated from the University of Hawaiʻi with a BA in anthropology (Hawaiian archaeology) and received his JD from Santa Clara University in 1988.