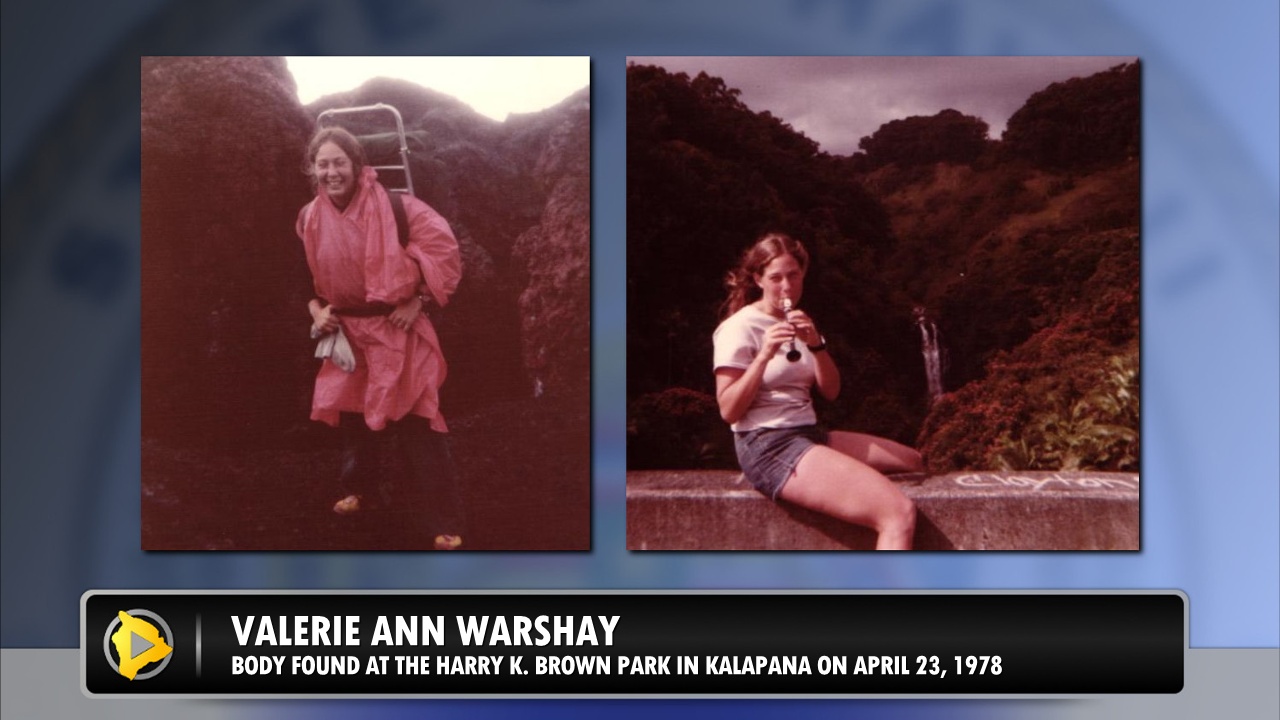 PUNA, Hawaiʻi - 26-year-old Valerie Ann Warshay was found deceased at the Harry K. Brown Park in Kalapana on April 23, 1978. The manner of death was ruled a homicide.

(BIVN) – An Oʻahu man has been arrested following an indictment by a Big Island grand jury, for a decades-old homicide on Hawaiʻi island.

72-year-old Steven Ray Simpson was indicted with a second-degree murder in connection with the murder of 26-year-old Valerie Ann Warshay, who was found deceased at the Harry K. Brown Park in Kalapana on April 23, 1978. In 1990, the park was taken by lava from Kīlauea volcano.

From a news release issued by police last November in which they informed the public that they were seeking information on the 1978 murder case:

Ms. Warshay was 26 years old and visiting from California where she was employed as a park ranger. She had been on the island for a few weeks prior to her death.

Ms. Warshay made numerous acquaintances across the island, and was noted to be an avid hiker. She also played a flute or recorder-style woodwind at social gatherings.

On Thursday afternoon (June 23) police say Simpson was arrested – with the assistance of the Department of Public Safety in Honolulu – on the indictment warrant. He remains incarcerated at the Oʻahu Community Correctional Center where he is currently serving time for an unrelated offense, police say.

Simpson’s bail has been set at $250,000 for Warshay’s murder, police say. His initial court appearance is scheduled for today (June 24) in Hilo Circuit Court.

Police ask that anyone who may have encountered Ms. Warshay during her stay on island, or who may have information about her death, to contact Detective Derek Morimoto of the Area I Criminal Investigation Section at (808) 961-2380 or via email at Derek.Morimoto@hawaiicounty.gov, or call the police department’s non-emergency line at 808-935-3311.