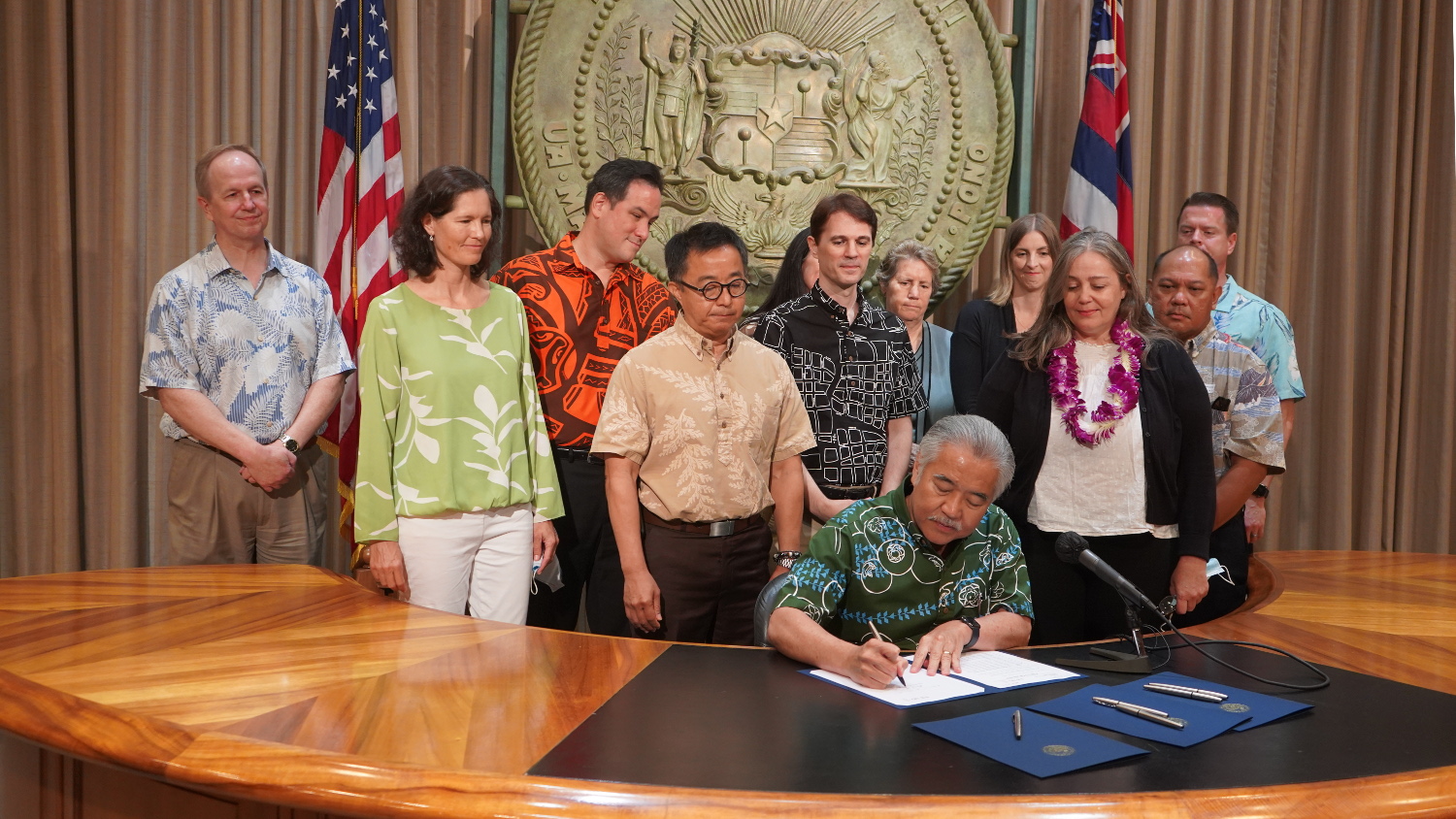 HONOLULU, Hawaiʻi - Officials say the four bills will ensure Hawai‘i "continues to act and lead by example in transition to clean energy".

At a ceremony at the Hawai‘i State Capitol, Governor David Ige signed into law a legislative package “that advance the governor’s priorities to fight climate change and transition to a clean energy economy as soon as possible.”

“Last week’s US Supreme Court decision limiting the federal government’s ability to fight climate change underscores why it’s so important for states to act and lead by example,” said Gov. Ige. That’s why I’m proud to sign these four bills today, as they ensure that Hawaiʻi continues to move forward as a national and global leader in creating the strategies necessary to achieve a clean energy economy, being more energy efficient in state government, clarifying how we measure progress on renewable energy, and creating incentives for emerging technologies hydrogen.”

The bills signed into law are: