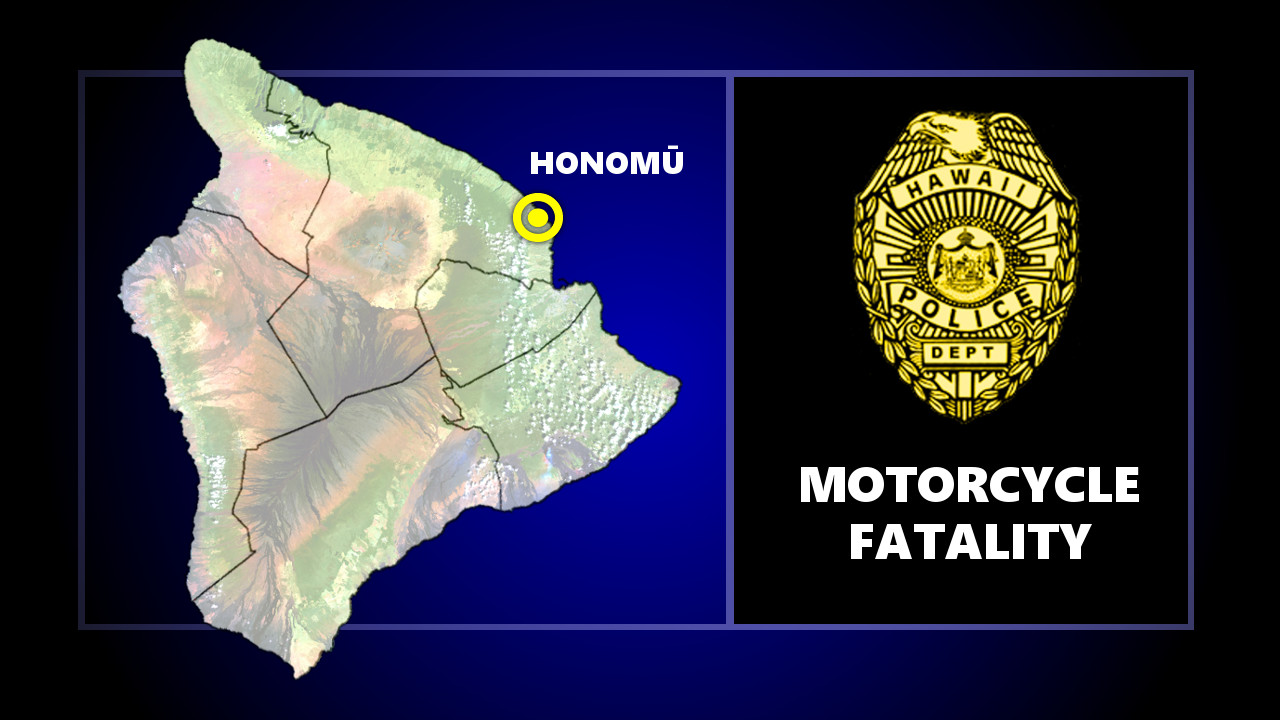 (BIVN) – Malvin Reyes, the 58-year-old Pepe‘ekeō man who died on Monday after a motorcycle crash in Honomū, was remembered today by the County of Hawaiʻi, where he worked for 18 years.

Police say Reyes was killed on July 4th when the motorcycle he was operating struck three vehicles on Highway 19.

Reyes was a driver employed by the Hawaiʻi County Department of Environmental Management Solid Waste Division. Officials say he was an 18-year veteran of the County.

“The County family grieves the loss of one of our own,” read a statement from Environmental Management officials. “Malvin was an excellent employee, a skilled driver, and a better friend. He was supportive of his coworkers, he was proud of his work, he was willing to help when asked, and with his passing, he will be missed. He worked with Environmental Management for 16 years and, prior to that, with Parks and Recreation for two years. He took his assignments and did what needed to be done. Please join us in a moment of silence in honor of ‘Murphy.’ May he rest in peace.”

According to law enforcement:

Police responding to the 8:50 p.m. report of a head-on traffic collision in the area of the 13-14 mile markers of Māmalahoa Highway (Highway 19) determined that the motorcycle was traveling south (Hilo bound) when it crossed the centerline, sideswiping a sport utility vehicle, then sideswiped a four-door sedan, before striking a third vehicle head-on. All three vehicles were heading northbound (Waimea bound).

The operator of the motorcycle, Reyes, was transported to Hilo Medical Center where he was pronounced dead at 11:31 p.m. He was not wearing a helmet at the time of the traffic collision.

The East Hawaii Traffic Unit has initiated a negligent homicide investigation, which is pending. An autopsy is expected to determine the exact cause of death. It is undetermined if alcohol, drugs, or speed are contributing factors in the crash.

“Our hearts go out to the Reyes ʻohana as we mourn the loss of a dedicated public servant, father, and friend,” said Hawaiʻi County Mayor Mitch Roth. “The sudden loss is felt deeply as we continue to hear stories from his coworkers and other close friends within our office. At this time, we ask that the community reflect on our loved ones lost and hug those still here. We also ask that residents travel safely on our roadways, buckle up, and be vigilant of others in Malvin’s honor.”

Anyone with information on this traffic collision is asked to contact Officer Blayne Matsui of the East Hawaii Traffic Enforcement Unit, at 808-961-2339, or via email at blayne.matsui@hawaiicounty.gov.