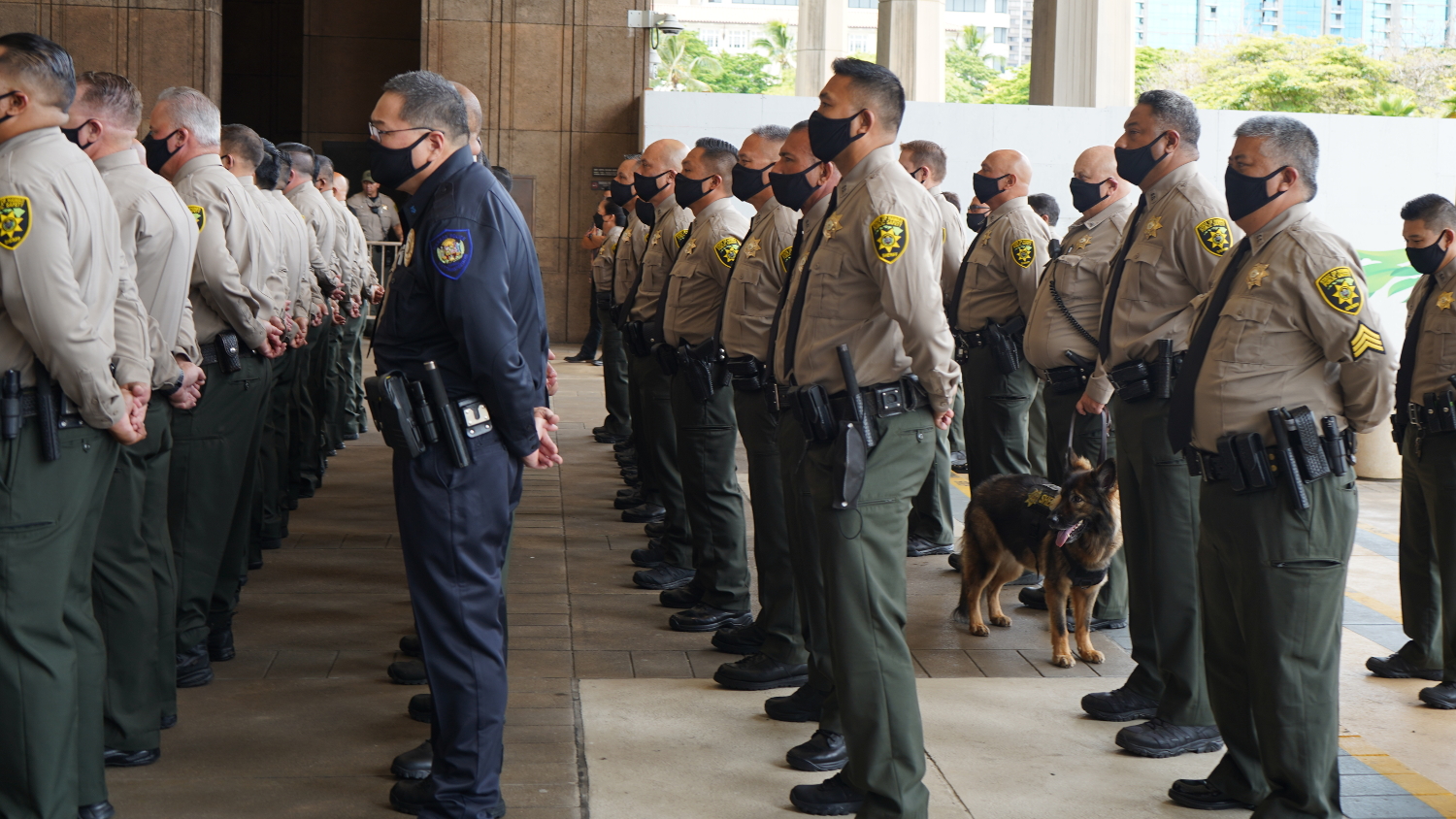 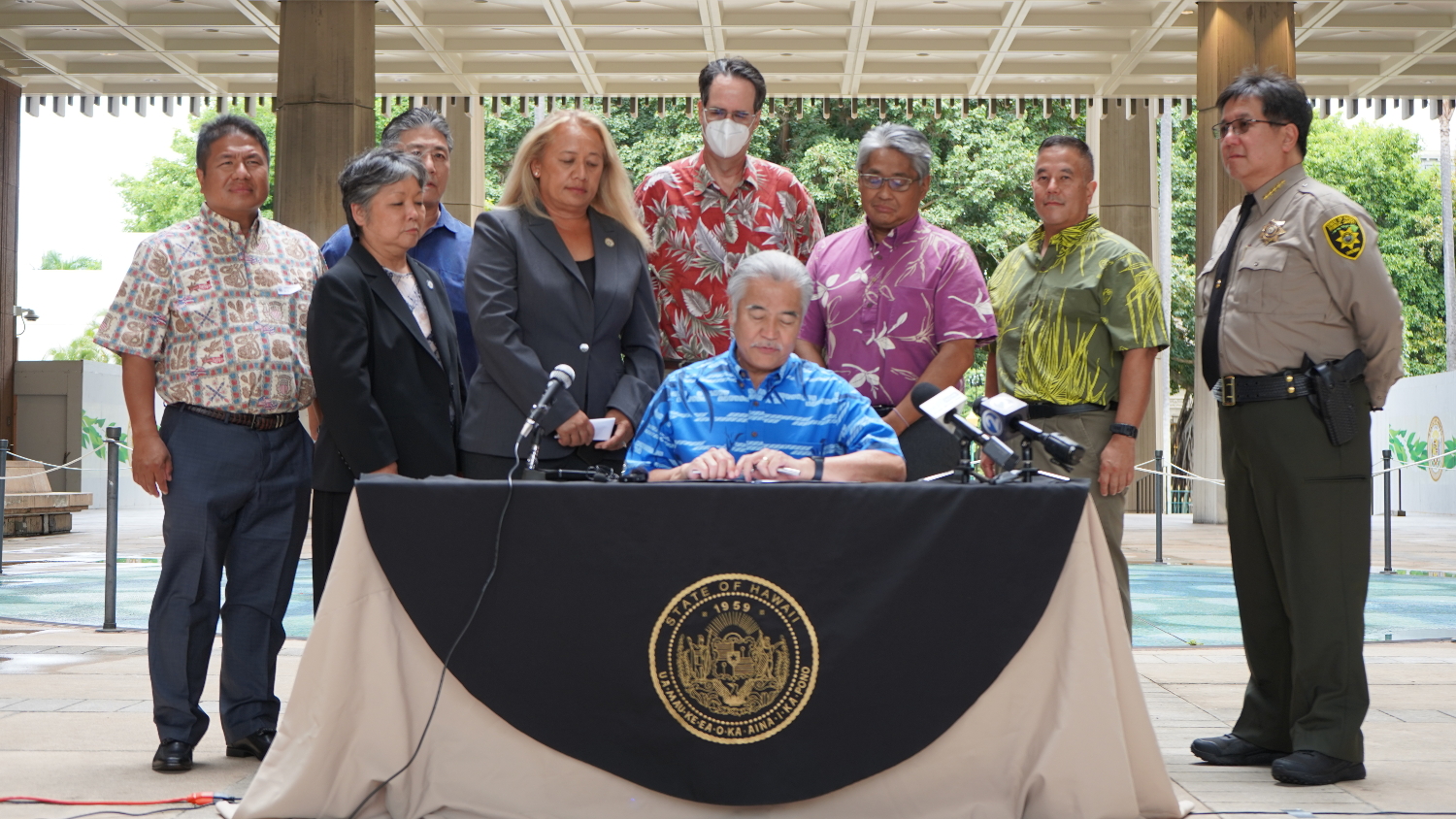 (BIVN) – On Friday, Governor David Ige signed a new bill into law, establishing a new Department of Law Enforcement – or DLE – in Hawaiʻi.

With the Governor’s signature, House Bill 2171 is now Act 278. The last time a new department was formed in the state was over three decades ago in 1989, the State says, with the creation of the Department of Public Safety.

From a State news release:

“Hawaiʻi is the only state in the country that doesn’t have a centralized, independent state law enforcement agency. The new department will allow more efficient and effective emergency response, criminal law enforcement, investigations and homeland security operations,” said Gov. Ige.

“The consolidation will centralize command and control for the State’s critical incident management, improve interoperable communications, and the ability to handle complex multi-island investigations and improve overall efficiency of statewide law enforcement operations. The new DLE will also be able to provide additional resources for other law enforcement agencies in both independent and joint operations,” said Jordan Lowe, PSD Deputy Director for Law Enforcement.

The projected timeline for the transition is as follows:

July 1, 2022 – Transition team begins implementation and creation of framework and infrastructure for the new DLE.

July 1, 2023 – Administrative infrastructure is established in the DLE. The process to begin filling all allocated positions begins.

January 1, 2024 – The Department of Public Safety renamed to Department of Corrections and Rehabilitation (DCR). Both departments become independent and fully operational.

“We want to thank everyone involved in this past Legislative session who contributed to this momentous achievement to get this bill passed, creating our new State Department of Law Enforcement,” said State Sheriff William “Billy” Oku Jr. “It would take a week or longer to name everyone, but we want to thank the many people within the Department of Public Safety Sheriff Division who came together to craft the bill, along with all of the law enforcement agencies that threw their support behind it, and the lawmakers who saw the importance and passed it. We couldn’t have done it without everyone’s hard work and support.”