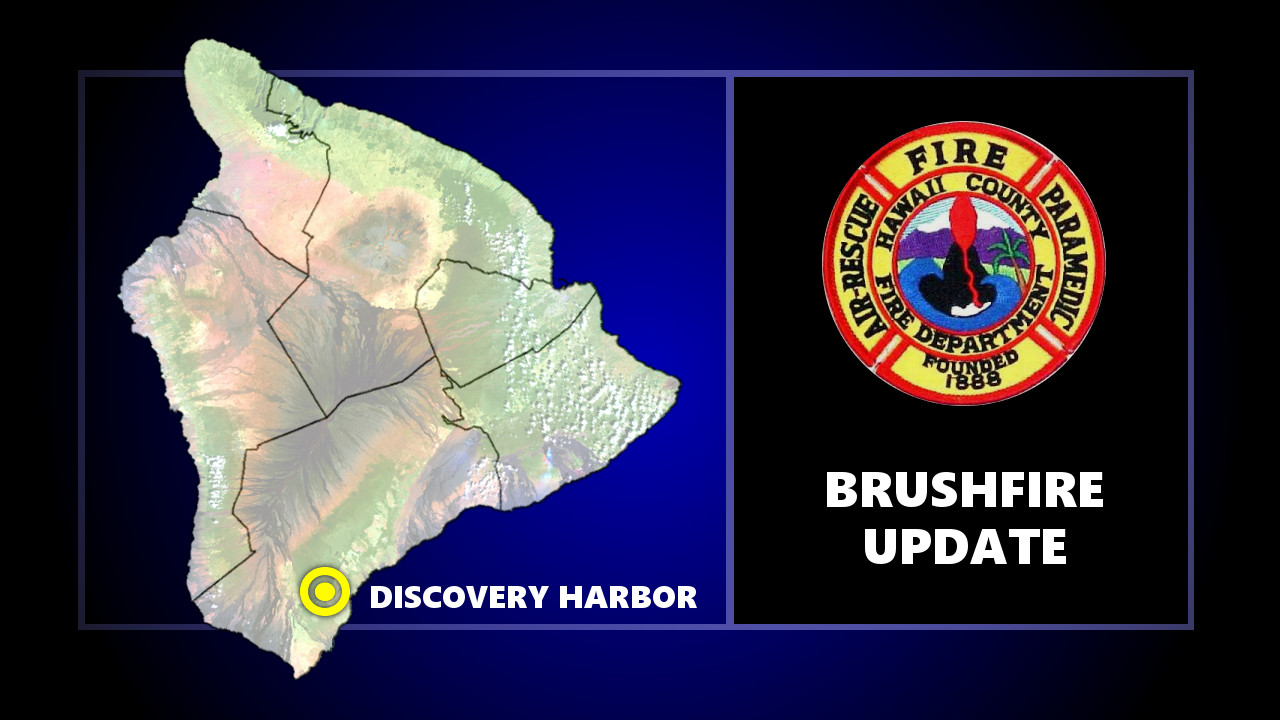 KAʻŪ, Hawaiʻi - Police say the fire appears to have been caused by a firework that may have been recklessly thrown into heavy brush off of Kahiki Street.

(BIVN) – A juvenile male from Discovery Harbour has been arrested and charged in connection with a brush fire that burned approximately 10 acres in the Ka‘ū subdivision.

On Wednesday, July 6, 2022, at 1:50 p.m., Hawai‘i Fire Department personnel and Ka‘ū patrol officers responded to a report of a brush fire that started under suspicious circumstances near the intersection of Kahiki Street and Wakea Avenue. As firefighters worked to contain the blaze and protect nearby structures, police began investigating the cause of the fire.

The fire, which burned heavy brush on vacant land, came within 100 feet of a residence on Lewalani Street. Efforts from fire department personnel prevented that residence and other structures from being damaged. No injuries were reported as a result of the fire or the heavy smoke created by the brush fire.

In the course of their investigation, police learned that a firework may have been recklessly thrown into heavy brush off of Kahiki Street causing the fire. During a subsequent search of the area, they discovered a burnt firework within the area where the fire was reported to have started.

Further investigation led investigators to believe that a juvenile male from Discovery Harbour may have been responsible for causing the fire.

On Thursday, July 7, 2022, at 1:45 p.m., the juvenile was brought to the Ka‘ū police station by his parent and was booked for arson in the fourth degree and a firework violation. The case was forwarded to Family Court for further proceedings.

Police ask that anyone who may have information regarding this incident to contact Detective Donovan Kohara at (808) 326-4646 Ext. 267 or by email at donovan.kohara@hawaiicounty.gov. They may also contact the police department’s non-emergency number at (808) 935-3311.