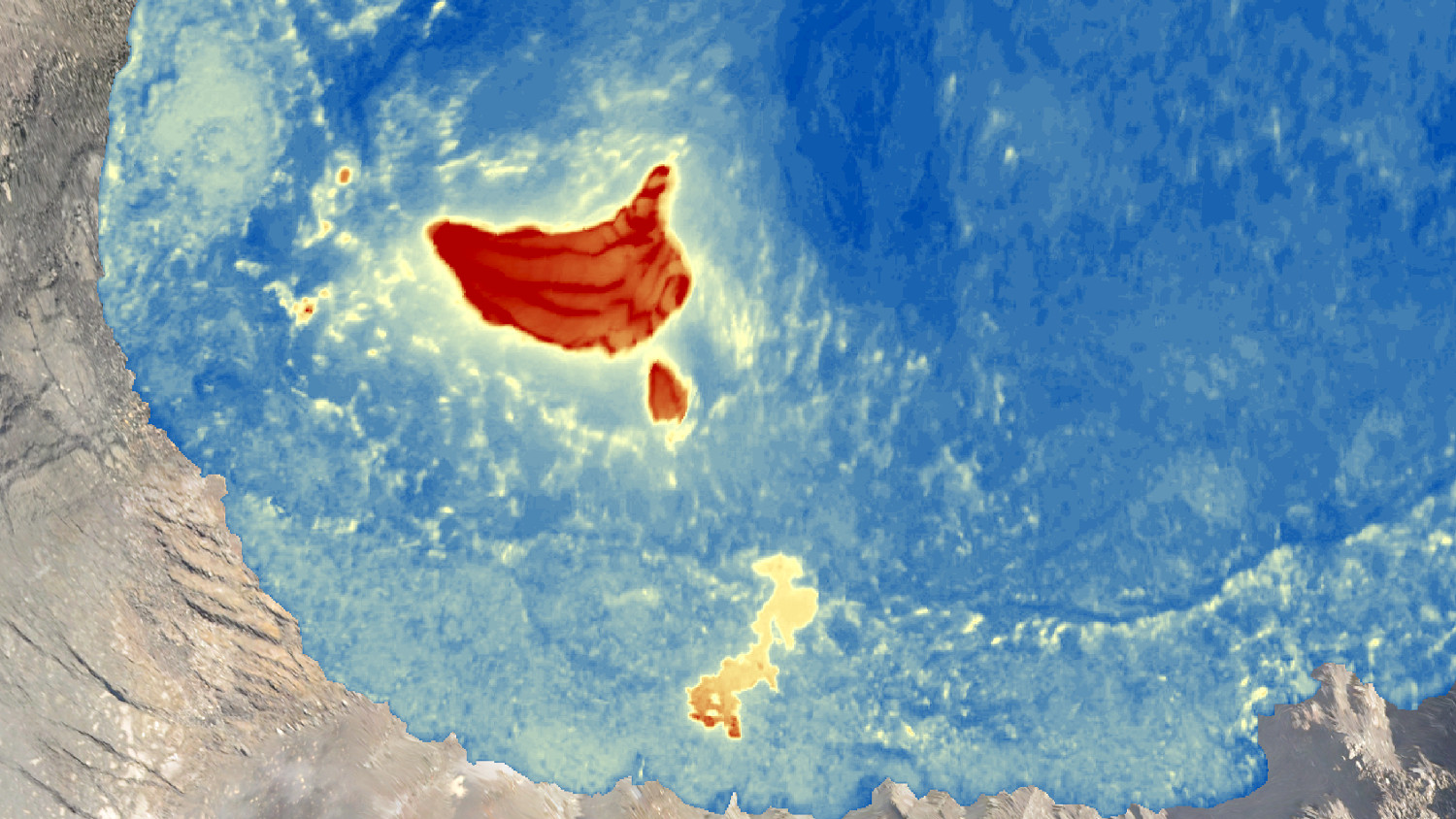 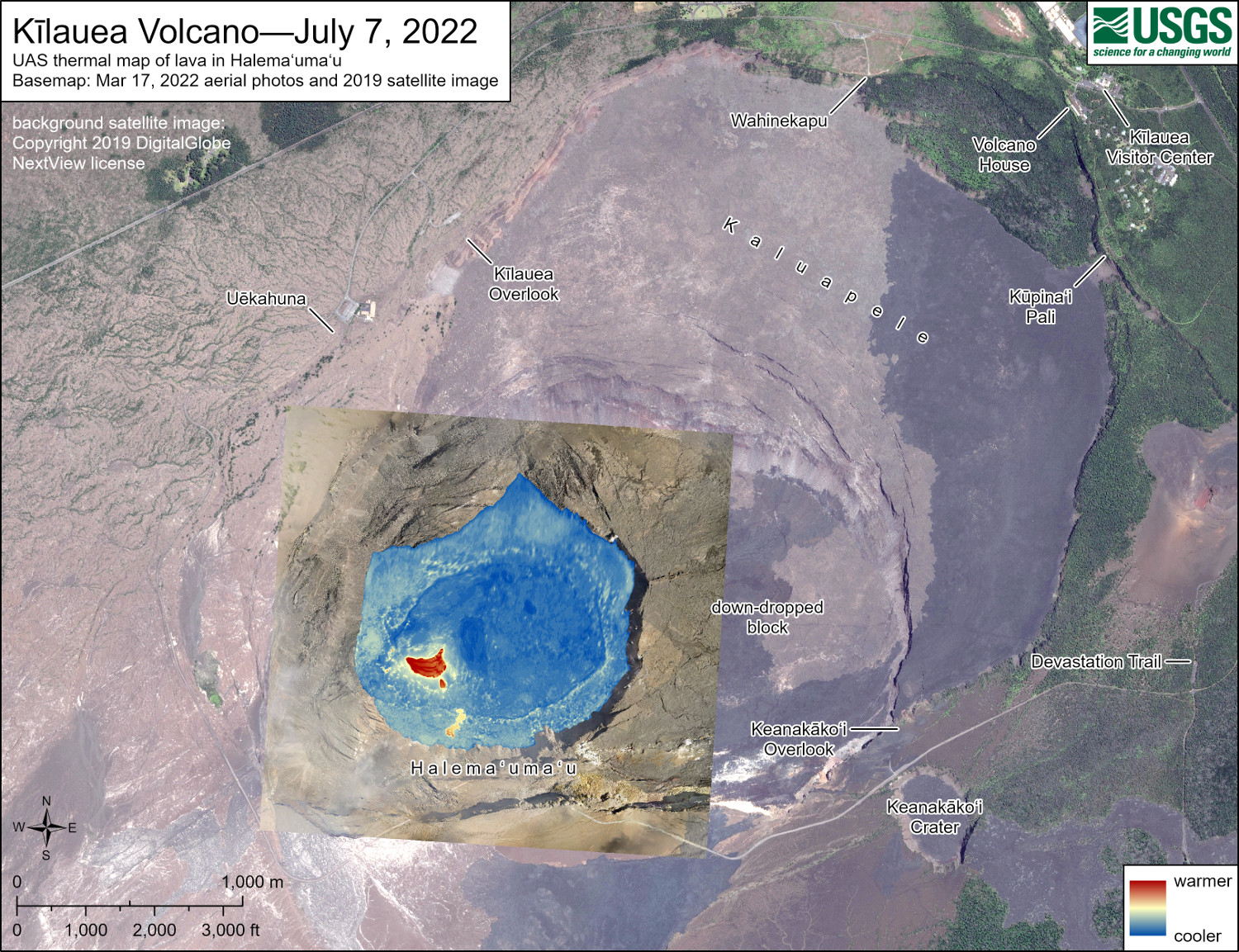 (BIVN) – The eruption of Kīlauea Volcano continues at the summit, with all activity confined to Halemaʻumaʻu crater, and current data indicate that this scenario is likely to continue inside Hawaiʻi Volcanoes National Park.

New thermal maps have been published by the USGS Hawaiian Volcano Observatory showing the layout of the current activity at the summit.

On July 7, uncrewed aircraft systems (UAS) flights allowed for aerial visual and thermal imagery to be collected of Halema‘uma‘u crater at the summit of Kīlauea. From the USGS HVO:

The active lake surface is limited to the western portion of the crater. The scale of the thermal map ranges from blue to red, with blue colors indicative of cooler temperatures and red colors indicative of warmer temperatures. USGS has special use permits from the National Park Service to conduct official UAS missions as part of HVO’s mission to monitor active volcanoes in Hawaii, assess their hazards, issue warnings, and advance scientific understanding to reduce impacts of volcanic eruptions. 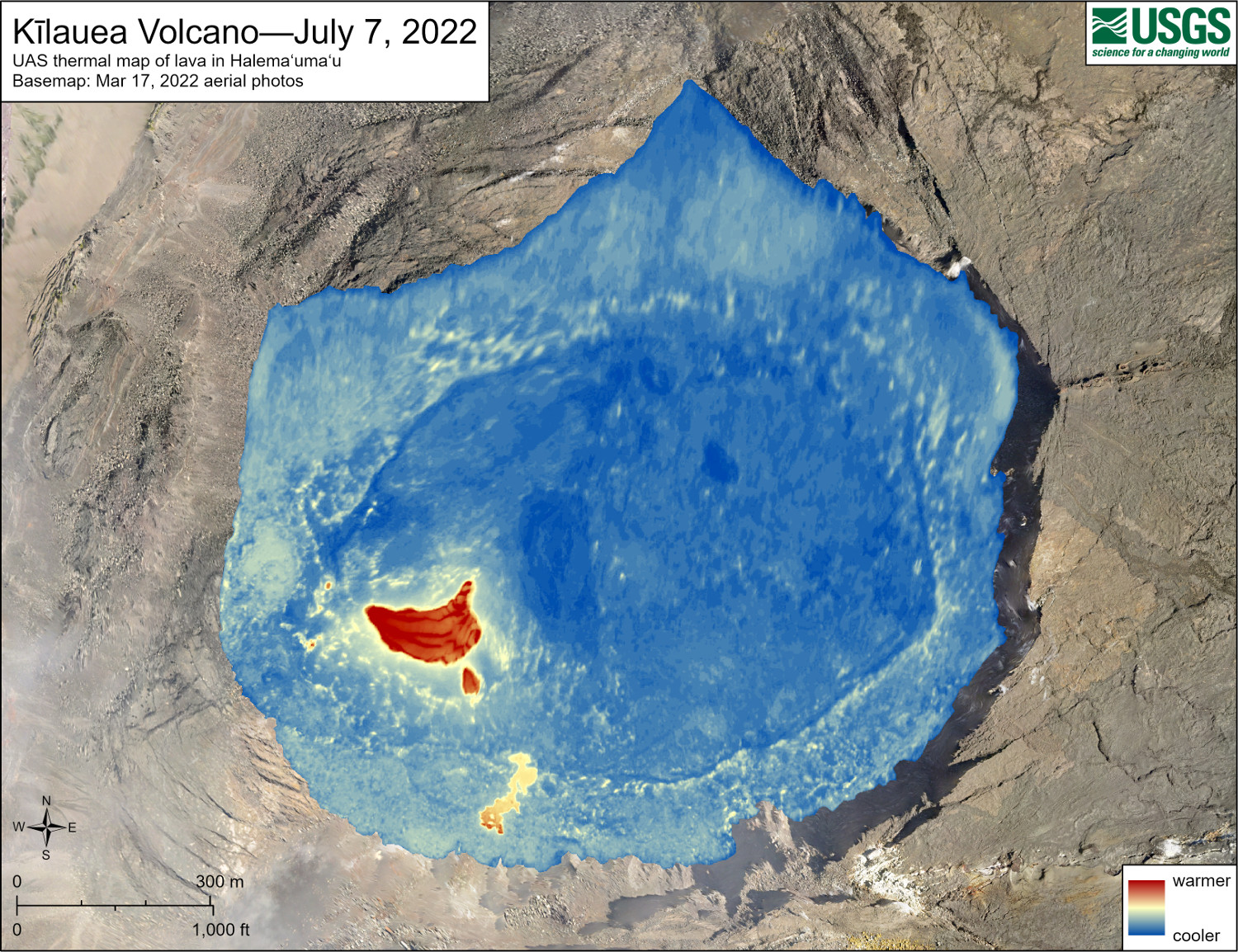 Scientists continue to report that no significant changes have been noted at the summit or in either rift zone.