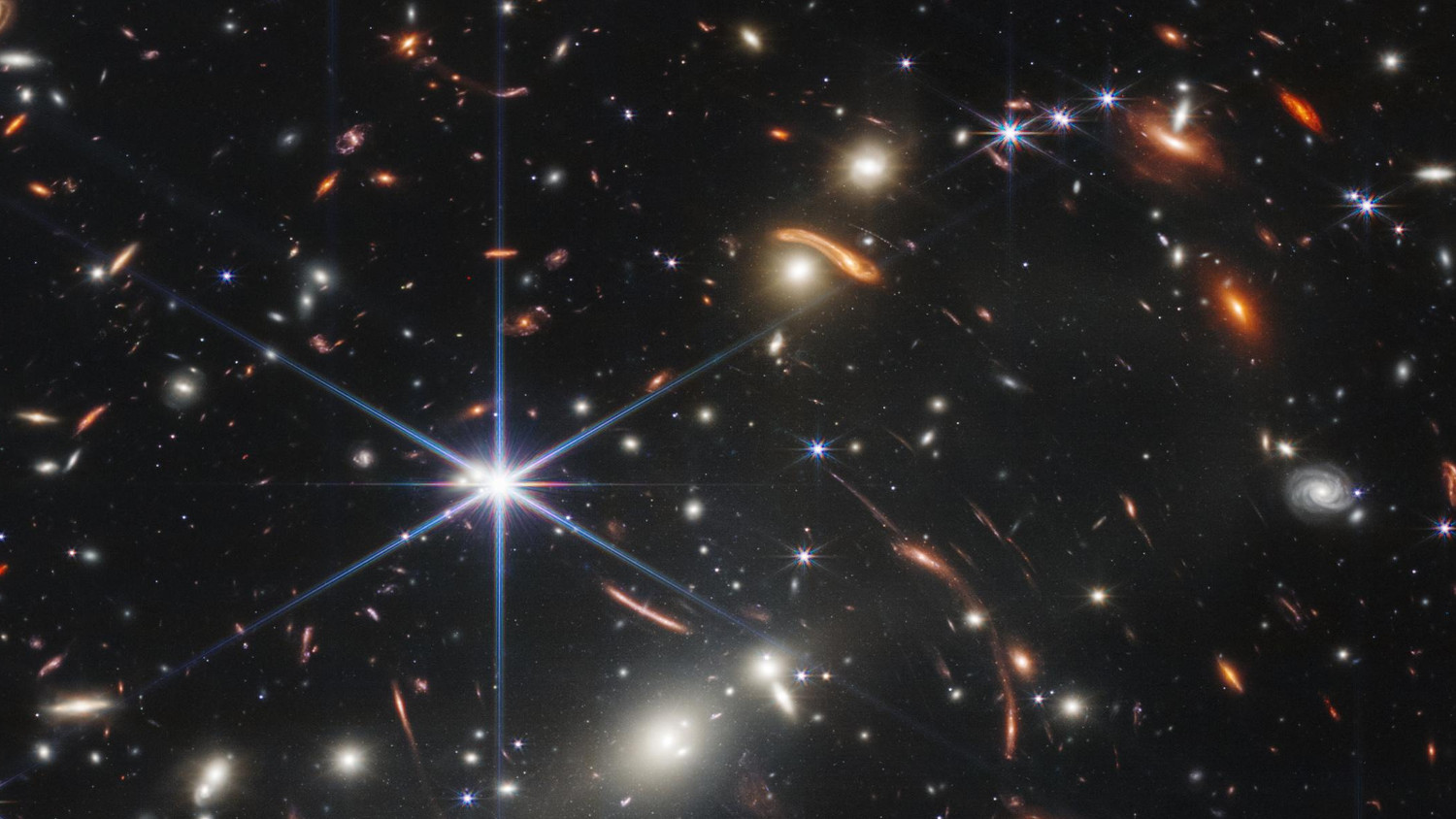 MAUNAKEA, Hawaiʻi - SMACSJ0723, an exceptionally massive concentration of galaxies, was first pinpointed by University of Hawaiʻi Institute for Astronomy researchers two decades ago. 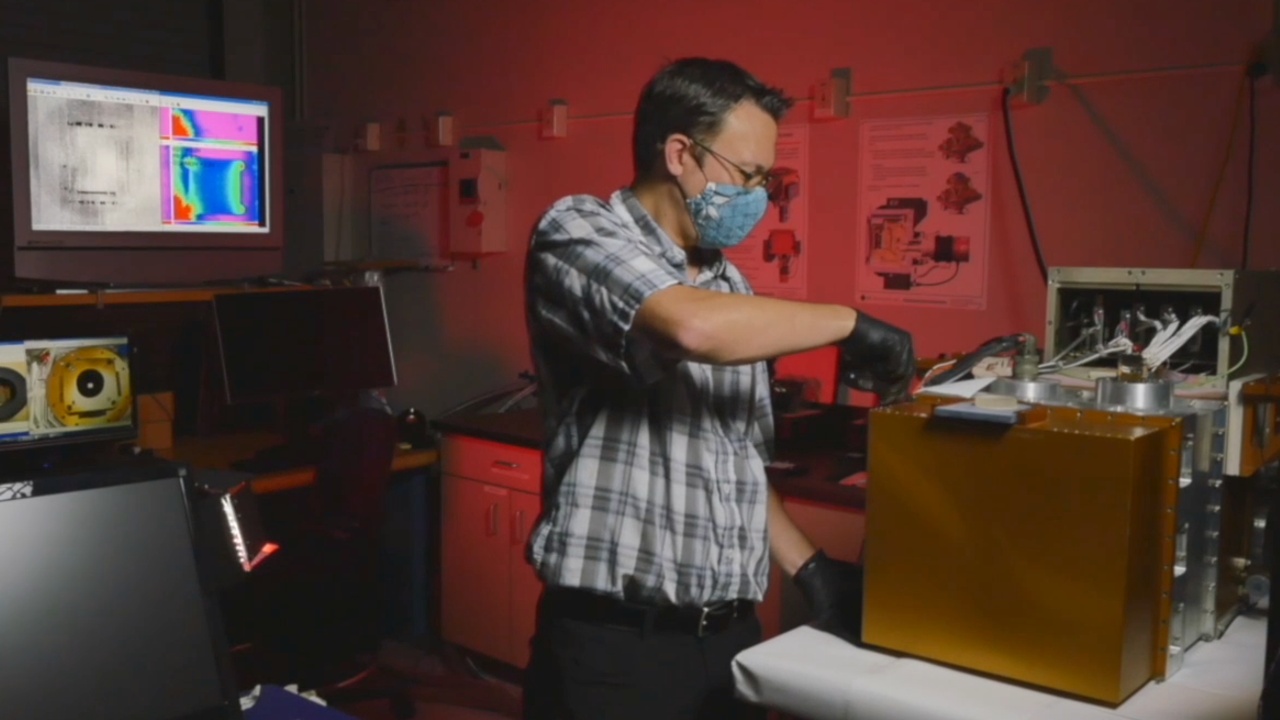 (BIVN) – The very first image taken with the James Webb Space Telescope have been released by NASA and The White House, and it features an enormous cluster of galaxies originally discovered by researchers at the University of Hawaiʻi Institute for Astronomy.

The University says SMACSJ0723, “an exceptionally massive concentration of galaxies”, was first pinpointed by UH IfA researchers nearly 20 years ago. From the University:

“Gravitational lensing,” predicted by Albert Einstein, causes images of galaxies behind these clusters to appear magnified and often bizarrely distorted, much like a lens distorts our view of objects behind it. The image of SMACSJ0723 shown here thus in effect captures the view of an engineered telescope (JWST) looking through a natural telescope (a giant galaxy cluster) and the result is unprecedented magnification.

“Observational astronomy has a way of leaving us in awe and speechless, but JWST truly ushers in a new era,” said Harald Ebeling, senior faculty at IfA and principal investigator of the Massive Cluster Survey (MACS) which identified the galaxy cluster. “All the super faint, dark-red tiny dots, as well as the much brighter, strangely shaped objects in this astounding image are extremely distant galaxies that no human eye has seen before. This is the very edge of the visible Universe, brought within the reach of JWST by the gravitational amplification of SMACSJ0723. We were delighted and honored to learn that one of ‘our’ clusters was chosen to be among the very first objects to be observed with JWST.”

Images of four other targets will be released by NASA on July 12. 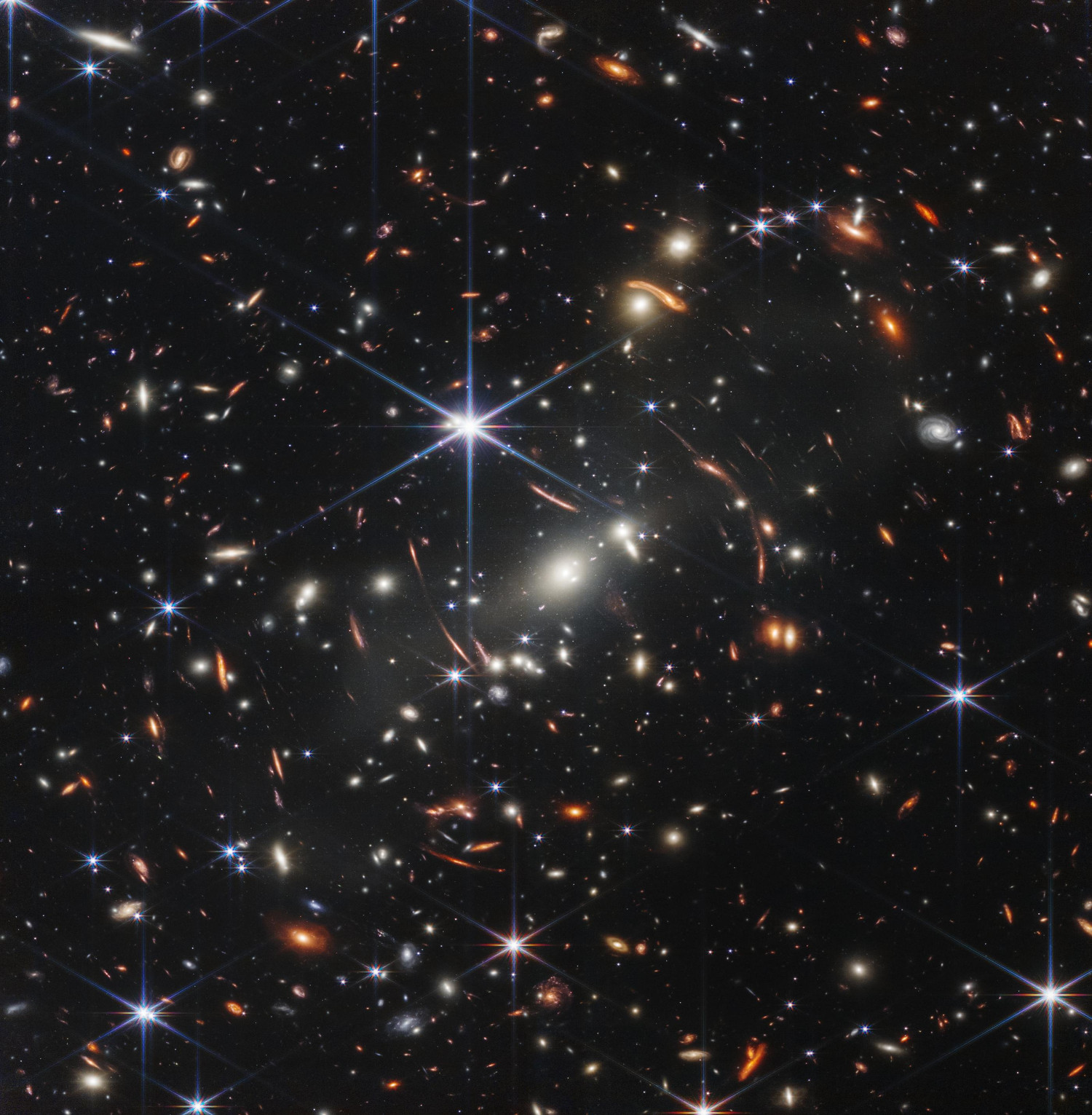 Galaxy clusters are the most massive objects in the universe that are held together by gravity and, in addition to galaxies, contain vast amounts of dark matter and diffuse gas. Tagged as a potentially extremely massive cluster by the IfA team, SMACSJ0723 was confirmed soon thereafter through observations performed with the European Southern Observatory’s 3.5-meter telescope in Chile.

“While much of the sky can be reached with the world-class facilities on Maunakea, some of our MACS cluster candidates were just too far south. Fortunately astronomy is a collaborative effort,” explained MACS Co-Investigator Alastair Edge, deputy director at the Centre for Extragalactic Astronomy at Durham University (UK). Edge led measurements that placed SMACSJ0723 at a distance of more than 7 billion light years away from Earth. IfA alumnus Chris Mullis and Durham University alumnus Nathan Courtney were also part of Edge’s research team.

JWST’s unprecedented image of SMACSJ0723 is part of the observatory’s exclusive round of first science observations and affirms the power of the approach taken by IfA researchers to find the biggest cluster telescopes to enable such observations.

MACS and the very distant universe

Ebeling and his team specialize in finding the most extreme galaxy clusters across the entire sky as part of their quest to provide the scientific community with exceedingly powerful gravitational telescopes. Starting from an all-sky list of unidentified X-ray sources, the MACS team split up to obtain optical images with ground based telescopes around the globe in search for concentrations of faint galaxies at the location of these X-ray sources.

“The strategy was simple: X-ray emission plus lots of galaxies equals massive cluster,” Ebeling explained. “The sheer size of these systems, and the fact that cluster studies yield insights into the properties of gas, galaxies, and dark matter all in ‘one shot’, have greatly helped to improve our understanding of the formation and evolution of the Universe, from the Big Bang to the present day.”

As a result, MACS clusters have been sought-after targets for numerous in-depth studies conducted with the Hubble Space Telescope and many other ground- and space-based astronomical facilities. 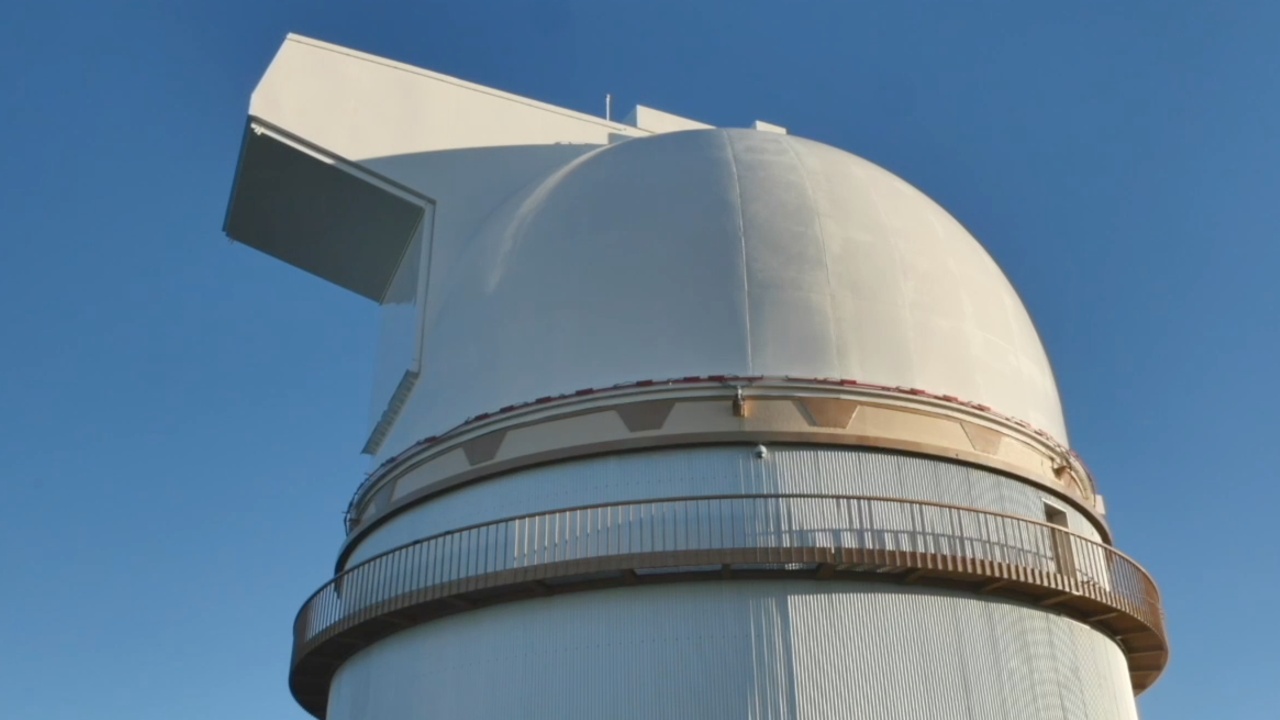 Technology developed and tested at IfA and on Maunakea are behind JWST’s ability to gaze deeper into space than ever before. Sixteen near-infrared sensors known as HAWAII-2RGs are part of JWST’s science instruments, enabling it to capture near-infrared light from deep space, far surpassing the capability of NASA’s Hubble Space Telescope.

These sensors are the culmination of years of research and development by IfA scientists and engineers. Early prototypes were developed and tested by UH astronomers Don Hall, Klaus Hodapp, and Doug Simons, along with IfA instrumentation engineer Shane Jacobson.

The most extreme clusters create distortions in space-time in their vicinity that can have a dramatic observational effect. If the space-time distortion is strong enough, the path of light from very distant objects directly behind the cluster will be bent and curved around the cluster toward an observer on Earth, akin to the way an optical lens focuses and magnifies the light from objects placed behind it.

Such gravitational lensing, predicted by Albert Einstein more than 100 years ago, does not only create bizarrely distorted images of the lensed background objects called gravitational arcs. This effect also greatly magnifies them, allowing astronomers to detect and study extremely faint and distant galaxies that, without the boost provided by the cluster lens, would be beyond the reach of any human-made telescope, even one as powerful as JWST.