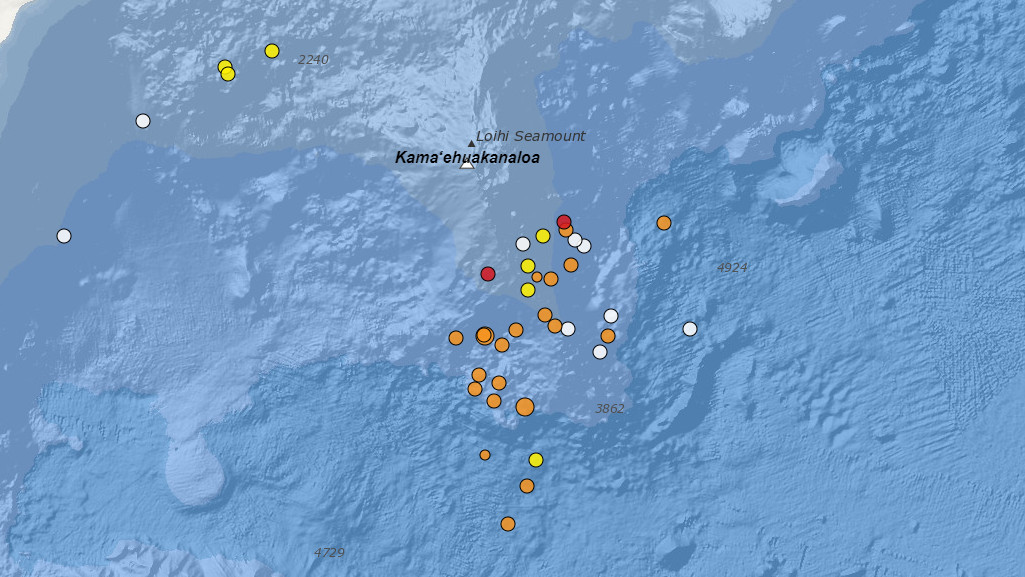 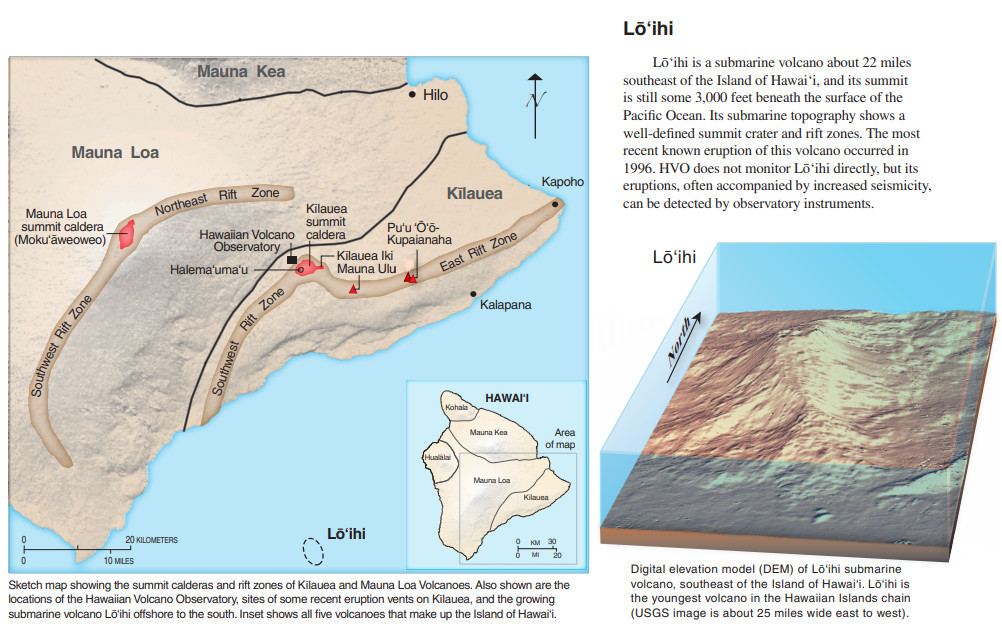 The USGS reported the increased seismic activity began at approximately 2 a.m. HST on July 16, 2022. From the info statement:

The U.S. Geological Survey’s Hawaiian Volcano Observatory detected seismic tremor marked by pulses of seismic energy every 15-20 seconds, which is still ongoing at the time of this release. Approximately 24 hours after this activity began, two dozen M1.8-M3.0 earthquakes occurred from 1:30 a.m. to 6:00 a.m. on July 17th.

“This seismic activity is likely the result of magma movement beneath Kamaʻehuakanaloa seamount and currently shows no sign of leading to an eruption,” said HVO Scientist-in-Charge Ken Hon. “If the swarm intensifies or changes significantly, HVO will issue an additional notice. Because of the great depth of the volcano within the ocean and style of Hawaiian eruptions, an eruption of Kamaʻehuakanaloa would pose no threat to the Island of Hawaiʻi. Neither Mauna Loa nor Kīlauea volcanoes show any change in activity associated with this earthquake swarm.”

According to the USGS:

Intermittent earthquake activity has been recorded in the vicinity of Kama‘ehuakanaloa (Lō‘ihi) since as early as 1952. The most energetic earthquake sequence occurred in July-August 1996, which included more than 4,000 earthquakes, with nearly 300 events larger than M3.0 and 95 events in the M4.0 to 4.9 range. More recently, a swarm of 100 earthquakes occurred on May 11, 2020, with 18 events in the M3.0 to 3.9 range. There are no working monitoring instruments on Kama‘ehuakanaloa volcano, whose peak is about 1,000 m (3,280 ft) below sea level. All real-time information about the volcano is derived from land-based seismometers on the Island of Hawai‘i.