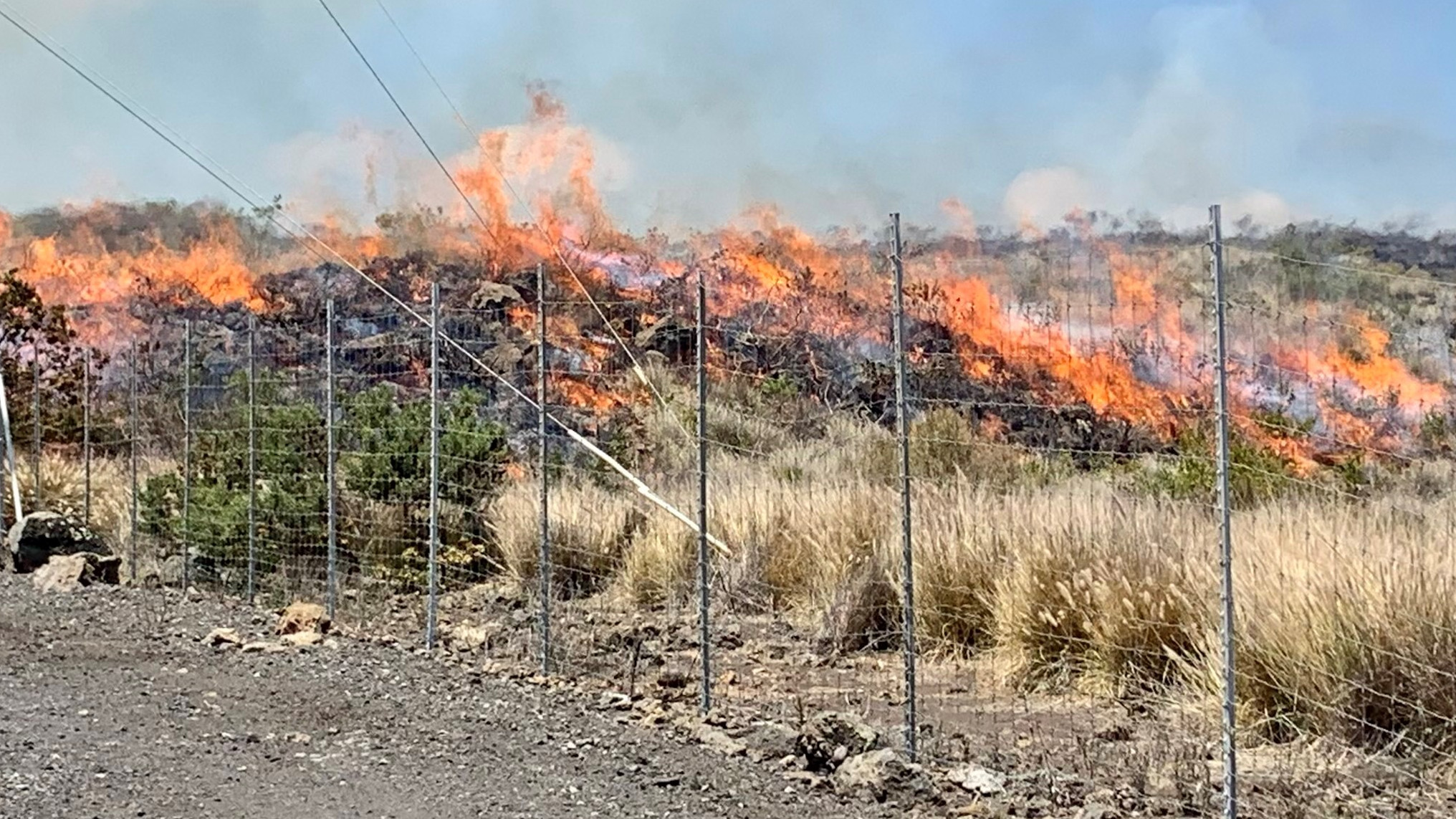 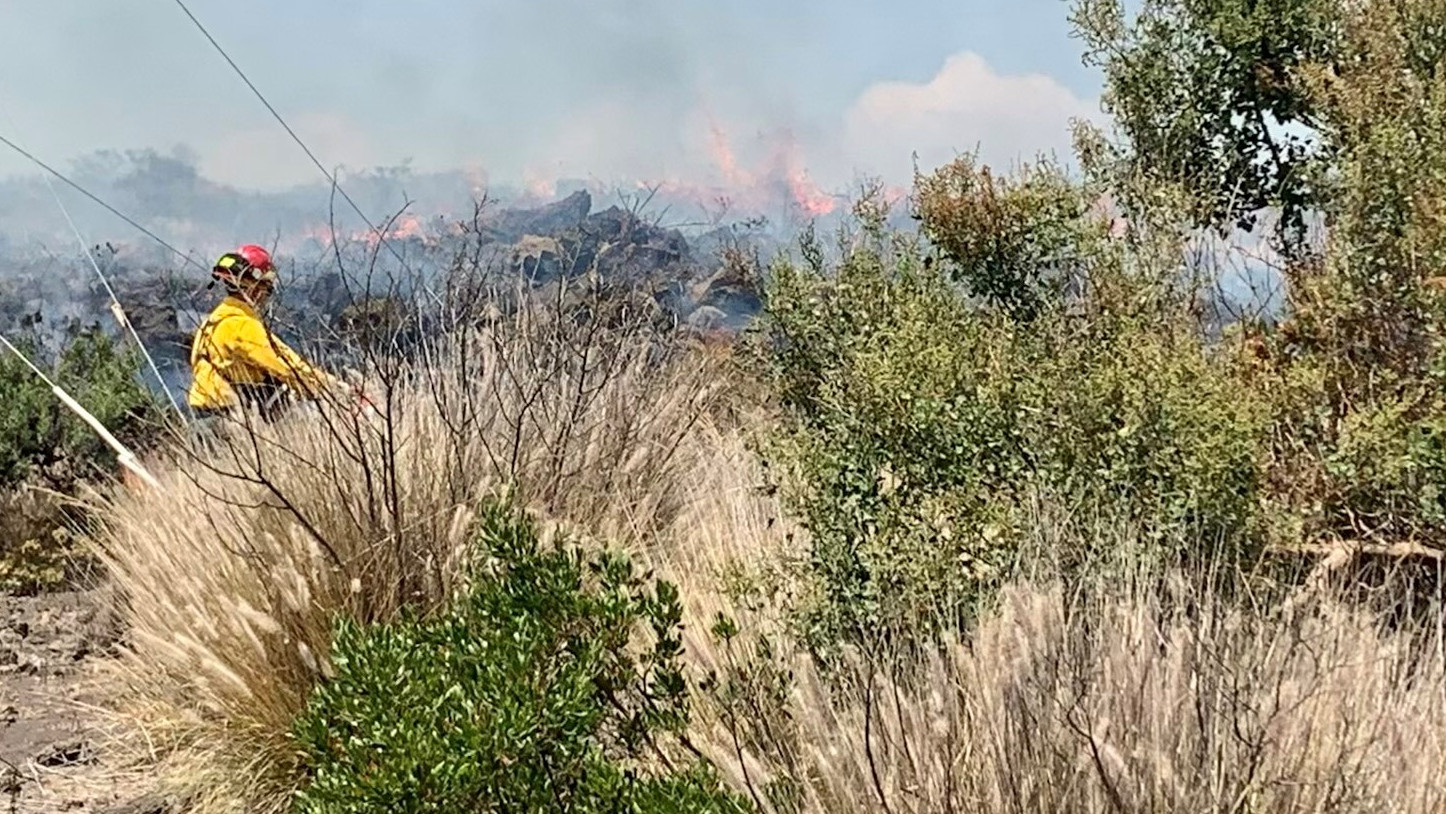 UPDATE – (8:15 p.m.) – The Hawaii Police Department reported the Daniel K. Inouye Highway is closed between Route 190 and Old Saddle Road due to the brush fire. Use Old Saddle Road as a detour, officials say.

(BIVN) – Local and federal firefighters battled a 600-acre brush fire at the Pōhakuloa Training Area on Thursday. Officials said there was “no threat to nearby roadways, facilities or people” as of Thursday evening, although firefighting operations continued into the night.

The Hawaiʻi County Civil Defense reported a brush fire at 11 a.m. in the South Kohala area of Pōhakuloa Training Area between the Daniel K Inouye Highway and Highway 190.

“Federal Assets are on scene to control the fire,” the civil defense message stated. “Be aware that smoke levels may increase as fire operations back burn to fight the fire.”

The U.S. Army says the fire began at approximately 7 a.m. on Thursday, July 22, near training area 22, west of the impact area. The cause of the fire is said to be under investigation.

According to the U.S. Army, the team of first responders includes:

“The quick reaction and commitment by the first responders here, and across Hawaii Island reflects the teamwork and partnership we have when wildland fires occur,” said Lt. Col. Kevin Cronin, Commander U.S. Army Garrison Pohakuloa in a news release. “Mahalo to the team of team’s from the National Park team and Hawaii County,” Cronin added.

The Hawaiʻi County Civil Defense says it will notify the public of any changes that may affect safety.