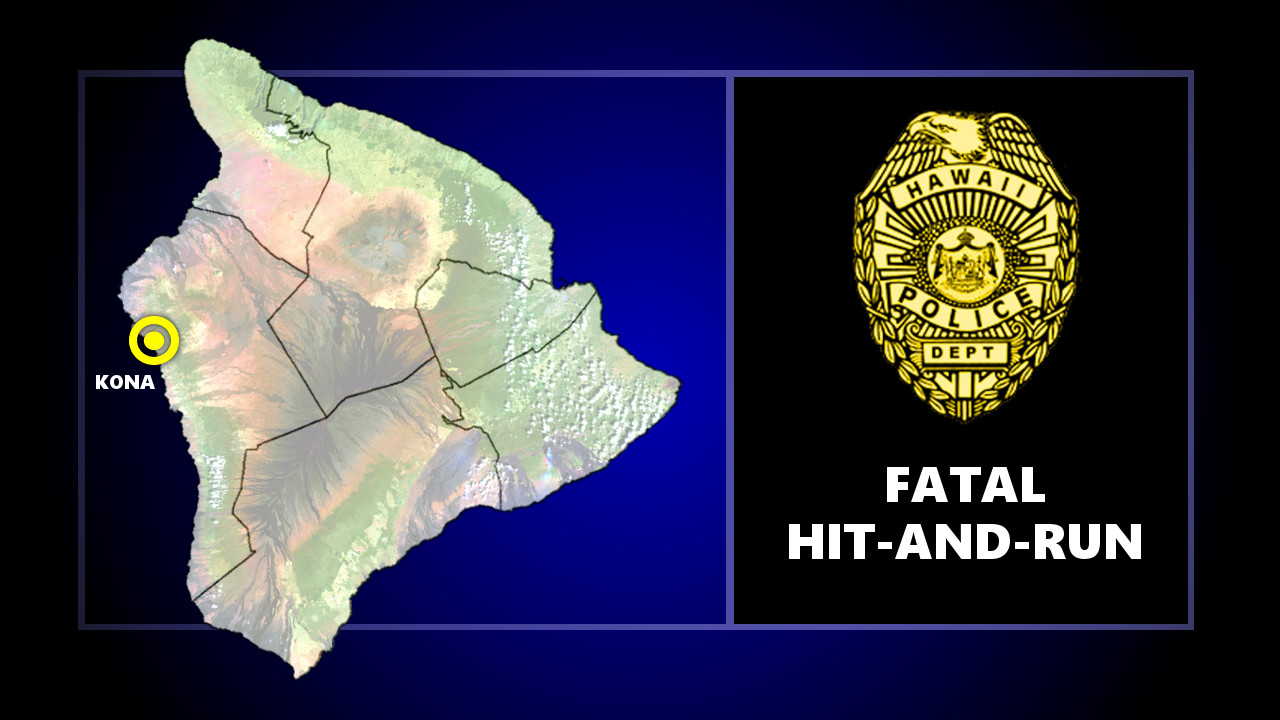 KONA, Hawaiʻi - A female pedestrian was struck by an unknown vehicle heading north on Kuakini Highway. The driver fled the scene.

(BIVN) – A woman died following a hit-and-run in North Kona on Sunday. Police are asking the public for information on the collision that occurred on Kuakini Highway, or Highway 11, about 150 yards south of the 119 mile marker.

The woman who was killed has not been positively identified.

Responding to a 4:21 a.m. call, police determined that a unknown vehicle was heading north on Kuakini Highway when it struck the woman, who was in the northbound lane of highway. The driver of the vehicle then fled the scene and failed to render aid to the pedestrian.

Police at the scene determined that there were possibly two vehicles that were involved in the collision. Police located debris from a 2017-2020 KIA Niro and a 2013-2016 Chevrolet Malibu. Also there were reports that the collision might have been captured on home video surveillance.

Police are asking the public to review their home or business surveillance videos for any vehicle matching the above description between the hours of 3:30 a.m. and 5:00 a.m. The vehicles would have sustained damage to the driver’s side front fender and bumper.

The Area II Traffic Enforcement Unit has initiated a negligent homicide investigation and is asking for anyone who may have witnessed the collision to contact Officer Len Hamakado at (808) 326-4646 Ext. 229 or email at len.hamakado@hawaiicounty.gov.

This is the 24th traffic fatality this year compared to 13 at this time last year.