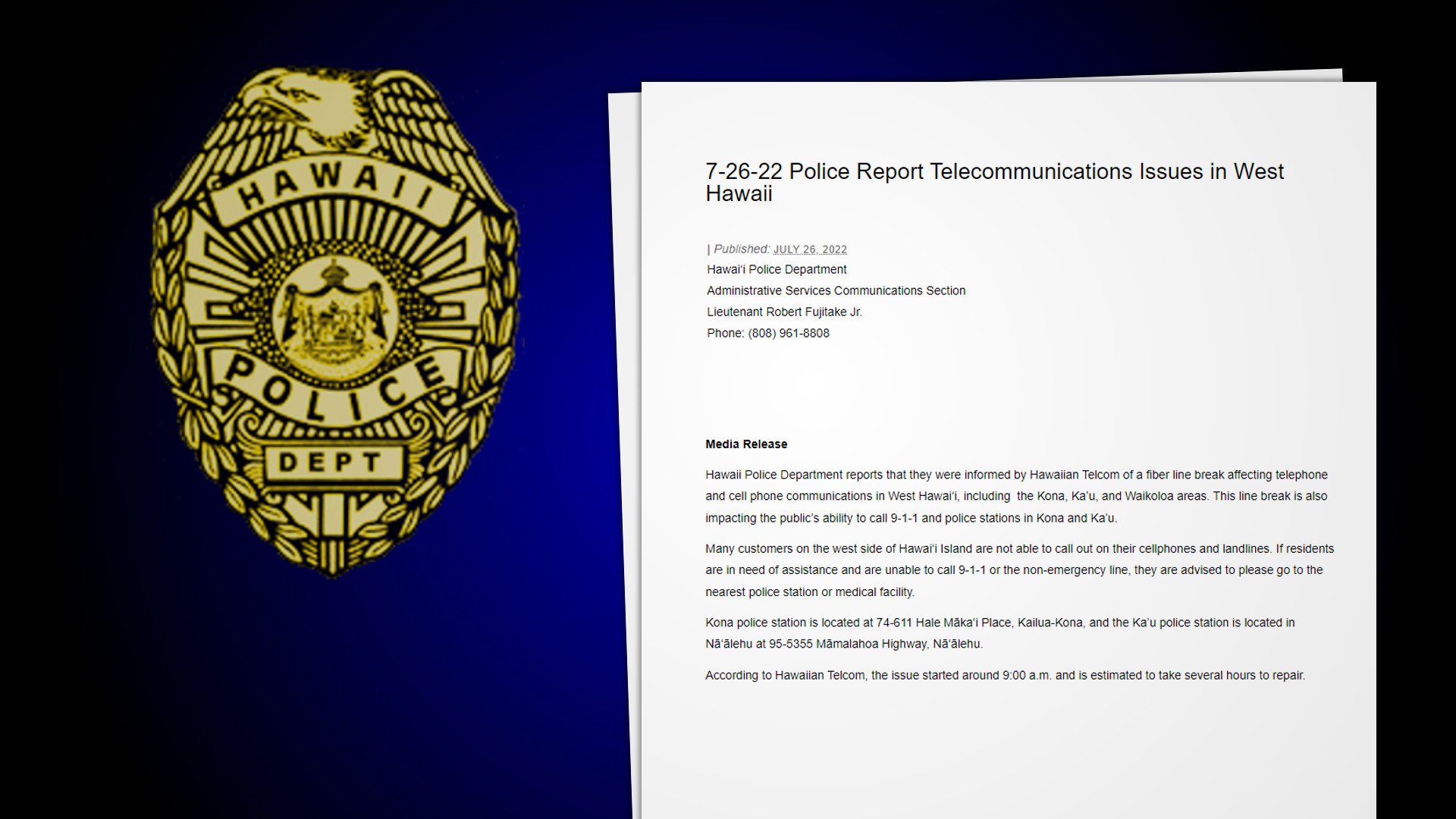 KONA, Hawaiʻi - On Tuesday, police reported many residents on the west side of Hawai‘i island were not able to call out on their cellphones and landlines.

UPDATE – (4:30 p.m.) – Hawai‘i Island police report that Hawaiian Telecom “has successfully repaired its fiber line and that cell and landline phone service to the west side of the island is now fully restored.” The department thanked the public for their patience.

The Hawaiʻi Police Department first reported that they were informed by Hawaiian Telcom of a fiber line break affecting communications in the Kona, Kaʻū, and Waikoloa areas. The line break “is also impacting the public’s ability to call 9-1-1 and police stations in Kona and Kaʻū,” the police said.

At the time, police said “many customers on the west side of Hawai‘i Island are not able to call out on their cellphones and landlines,” and advised residents in need of assistance who are unable to call 9-1-1 or the non-emergency line, “to please go to the nearest police station or medical facility.”

Hawaiian Telcom reports that one of their fiber optic cables was severed earlier today. This break in the cable has affected cellular telephones, traditional landline telephones, the internet, and public radio stations ability to broadcast. The break location has been identified and crews are on scene to address the situation.

Police reported the issue started around 9 a.m., and according to Hawaiian Telcom, was estimated to take several hours to repair.