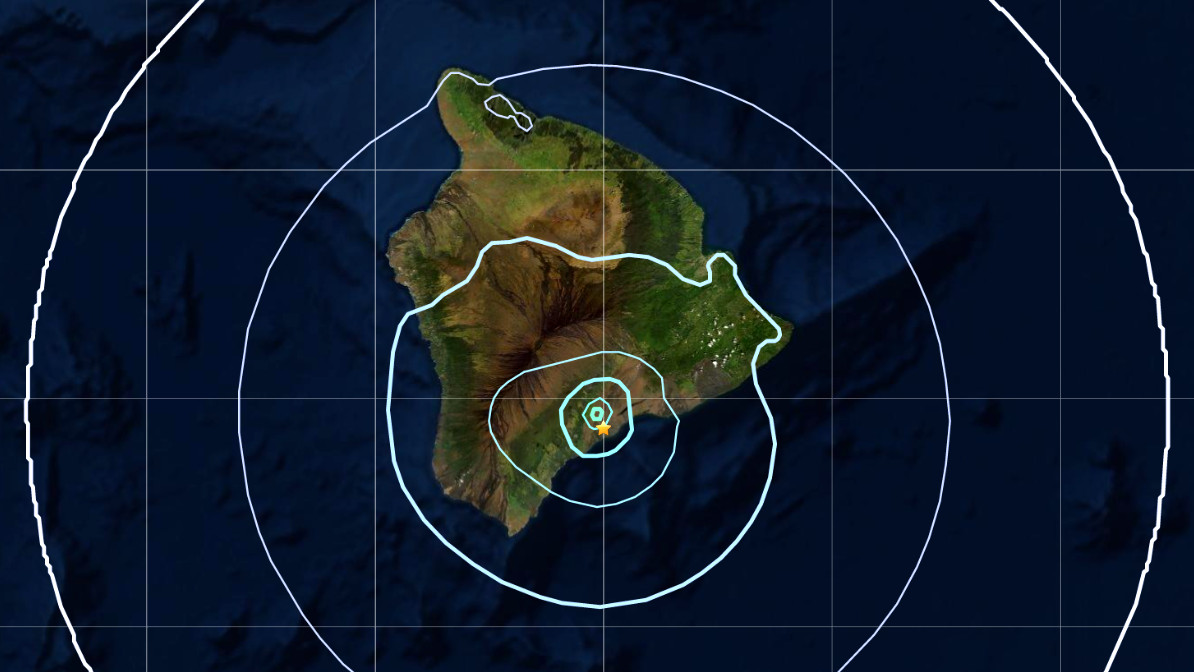 HAWAIʻI ISLAND - Another deep Pahala earthquake with a recorded magnitude over 4.0 was felt on the Big Island on Tuesday evening.

(BIVN) – A Magnitude 4.3 earthquake was felt across Hawaiʻi island on Tuesday evening.

According to a preliminary report from the USGS Hawaiian Volcano Observatory, the quake occurred at 5:46 p.m. about 6 miles east northeast of Pahala in the Kaʻū district. Located at a depth of about 21 miles, the event appears to be a part of the ongoing deep Pahala swarm.

The Pacific Tsunami Warning Center said no tsunami was expected from the earthquake, however “some areas may have experienced shaking.”

UPDATE – (6:24 p.m.) – “As in all earthquakes, be aware of the possibility of after-shocks,” advised the Hawaiʻi County Civil Defense in an alert message. “If the earthquake was strongly felt in your area, precautionary checks should be made for any damages; especially to utility connections of Gas, Water, and Electricity.”

UPDATE – (6:30 p.m.) – The earthquake had no apparent impact on either Mauna Loa or Kīlauea volcanoes, the USGS Hawaiian Volcano Observatory reported in an information statement. No damage to buildings or infrastructure is expected based on the earthquake intensity. The Maximum Modified Mercalli Scale Intensity was reported at IV – Light Shaking.

Over a hundred people reportedly felt the earthquake within the first half hour, according to the USGS.

This story will be updated with ore information as it becomes available.