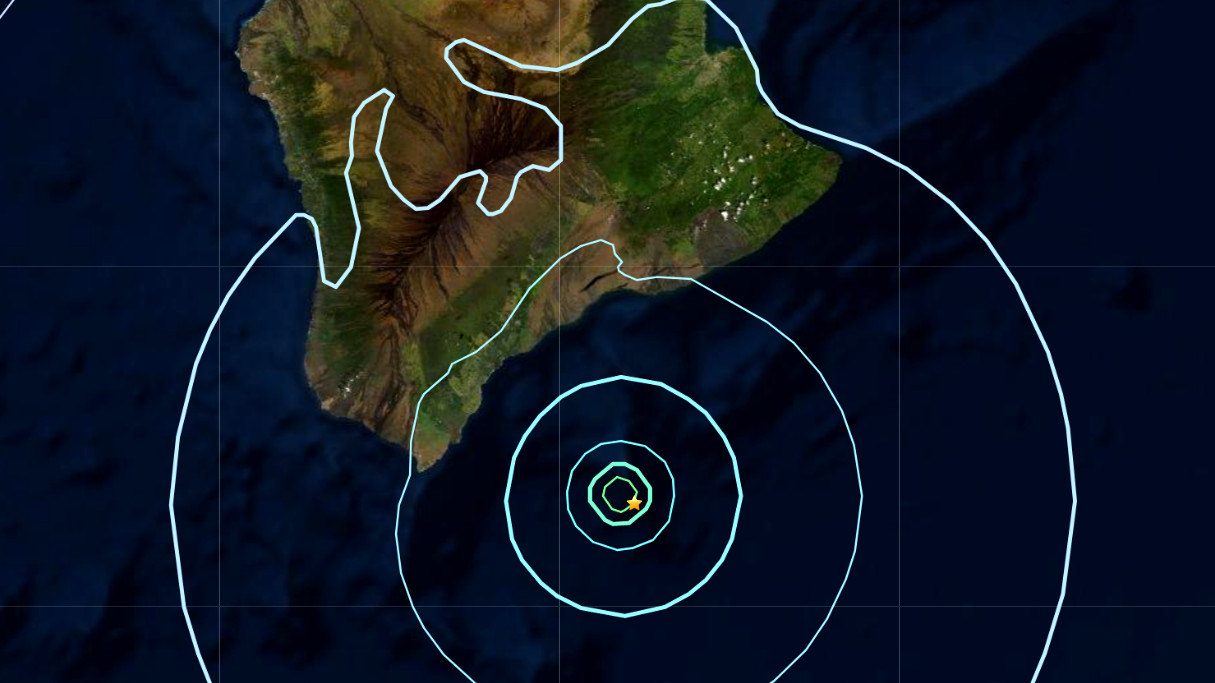 HAWAIʻI ISLAND - The earthquake closely followed the magnitude 4.3 earthquake that occurred about 30 miles north less than an hour earlier.

(BIVN) – A magnitude-4.6 earthquake that occurred south of Hawaiʻi island, beneath Kama‘ehuakanaloa (formerly Lō‘ihi seamount), did not generate a tsunami, and was apparently unrelated to the magnitude-4.3 that struck in the deep Pahala area less than an hour earlier.

At 6:28 p.m. on Tuesday evening, scientists recorded the magnitude-4.6 earthquake about 26 miles east southeast of Nā‘ālehu, at a depth of 7 miles below sea level. The earthquake had no apparent impact on either Mauna Loa or Kīlauea volcanoes, scientists with the USGS Hawaiian Volcano Observatory said.

The Pacific Tsunami Warning Center said no tsunami was expected from the earthquake.

“This second quake is a relatively shallow earthquake that occurred in the vicinity of the earthquake swarm that took place within Kamaʻehukanaloa from July 16th to 18th and may represent stress release related to this event,” said HVO Scientist-in-Charge Ken Hon. “There is no sign that this is related to renewed magmatic activity. It is also unusual to have two moderate earthquakes occur so close in time and proximity, but there is no apparent relationship between the two events,” Hon concluded.

The second earthquake was not as widely felt compared to the first, deep Pahala earthquake.