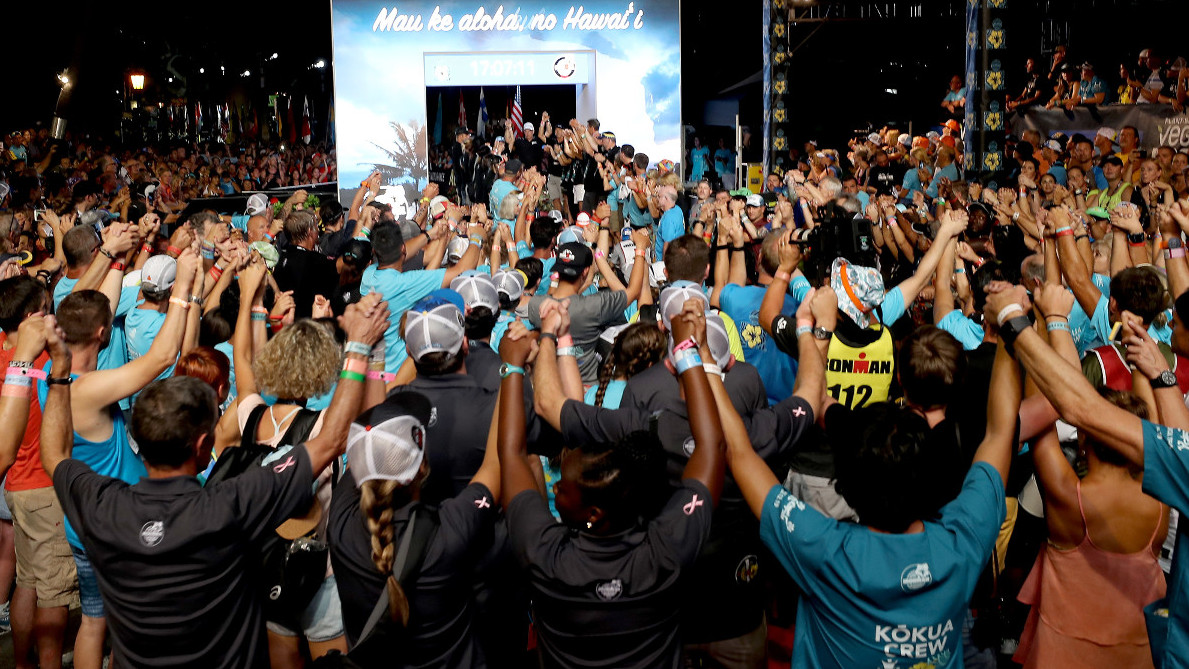 IRONMAN To Return To Kona in 2023 With Two-Day Format

KONA, Hawaiʻi - The IRONMAN will have dedicated women’s and men’s race days in Kailua-Kona on October 12 & 14 next year. 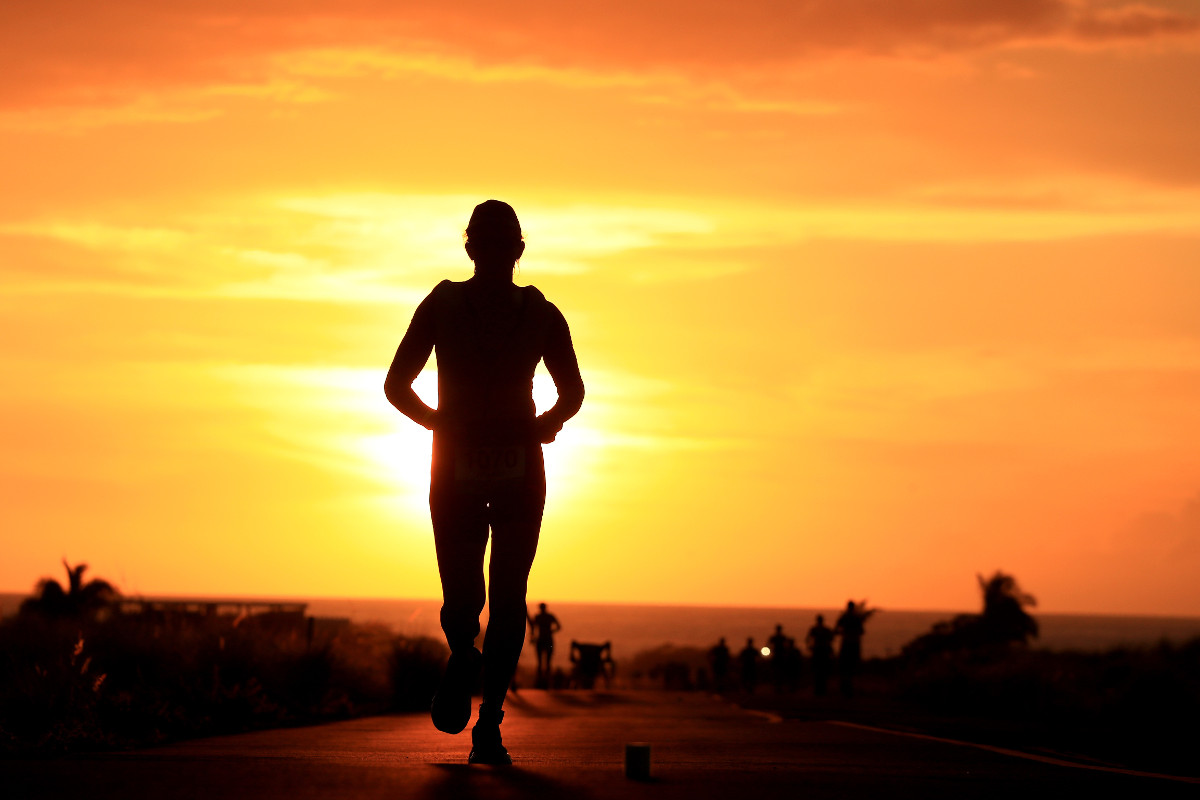 (BIVN) – Race organizers today announced that the 2023 VinFast IRONMAN® World Championship triathlon will continue with a two-day format in Kailua-Kona, on October 12 & 14.

This year, for the first time in the 40-plus year history of the event, and a pandemic-related hiatus from Kona, the 2022 VinFast IRONMAN World Championship will take place over two days in Kona on October 6 & 8. “With the two-day format set to continue in 2023, IRONMAN will have a dedicated day of racing for the women’s field on Thursday and the men’s field on Saturday, allowing for full focus and coverage on each race and its competitors as well as the Island of Hawaiʻi like never before,” a news release stated.

“The County of Hawaiʻi and IRONMAN have a long history of working together closely to ensure this global event is conducted safely and with due respect for the needs of the athletes, county residents, and worldwide visitors,” said Hawaiʻi County Mayor, Mitch Roth, in a news release. “With the 2022 VinFast IRONMAN World Championship occurring over two days in October, the County of Hawaiʻi is excited to once again host these champions in Kailua-Kona and Kohala, and looks forward to another epic VinFast IRONMAN World Championship in 2023. The partnership with IRONMAN has stood the test of time and we are grateful and humbled that the culture here has fed into the culture of IRONMAN, reflecting the aloha spirit and the theme of Holomua — to move forward — for the 2023 IRONMAN season.” 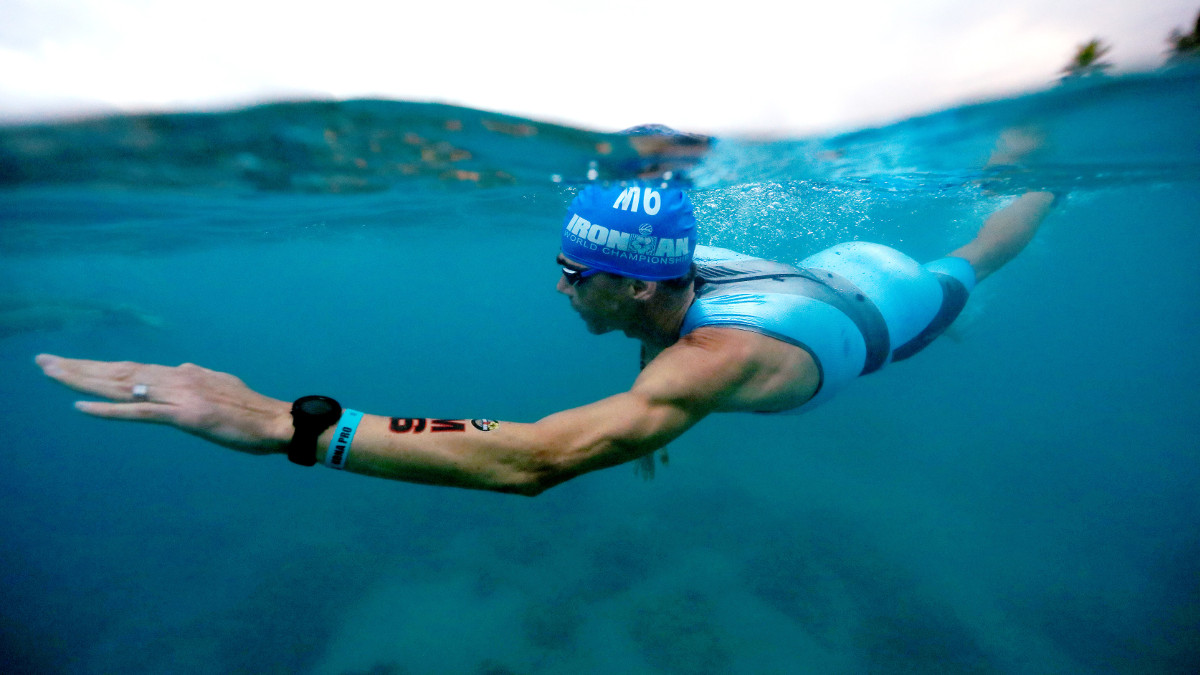 BLUE LAGOON: Tim O’Donnell (USA) glides along just above the ocean floor at the 2019 Vega IRONMAN World Championship in Kailua-Kona, Hawai`i on Saturday, Oct. 12. O’Donnell was the fourth athlete out of the water on Saturday, clocking in at 47:38 en route to a second place overall finish on the day. (Photo Credit: Sean M. Haffey/Getty Images for IRONMAN)

“We are grateful for our partners in Hawaiʻi and Kailua-Kona, for their support for over 40 years of this homegrown event that has captured the imagination of the world and turned into the pinnacle event of the sport of triathlon,” said Andrew Messick, President and Chief Executive Officer for The IRONMAN Group. “We look forward to an incredible two-day event in 2022, and the ability in 2023 to further advance what a two-day format can look like with a focused women’s race day and a men’s race day.”

From the Thursday news release:

Those Women For Tri designated events will aim to further grow participation and celebrate women in the sport while also creating more than 1,200 additional opportunities to qualify for the biggest stage in the sport – The VinFast IRONMAN World Championship. These designated events were determined based on a number of factors including time of year, regional race calendars, as well as their propensity to grow female participation based on relatively higher levels of female participation or areas where further growth opportunities exist.

A full list of qualifying events and slot allotment for the 2023 VinFast IRONMAN World Championship can be found at ironman.com.

While the number of athletes racing in IRONMAN events each year has increased considerably over the last 20 years, the number of athletes able to qualify for the IRONMAN World Championship has remained relatively flat. With a two-day format, top age-groupers deserving a chance to compete on the world’s stage will now have additional opportunities to qualify. Even with increased slots, however, it is expected that less than 6% of yearly IRONMAN participants around the world will ultimately make it to the VinFast IRONMAN World Championship. As one of the most sought-after experiences in all of mass participation sport, those who have made it to the IRONMAN World Championship continue to be among the world’s elite, equating to approximately 0.00006% of the world’s population.

“Creating a two-day race has been transformative for our IRONMAN® 70.3® World Championship, allowing for deeper and larger fields with men and women racing on different days, and ultimately providing benefit to all with cleaner races and focused coverage and attention on each race,” Messick continued. “We are excited to now implement these principles into the IRONMAN World Championship with two days of racing in Hawai`i.”

“I’m thrilled by the news that the VinFast IRONMAN World Championship will hold a dedicated women’s race for the first time in 2023,” said IRONMAN Hall of Famer Julie Moss. “Women have a long history of stealing the spotlight in Kona! A separate day of racing guarantees the professional and age group women their time to shine. These amazing athletes deserve the opportunity to showcase their talents, separate and apart from the men. This is truly a cause for celebration.”