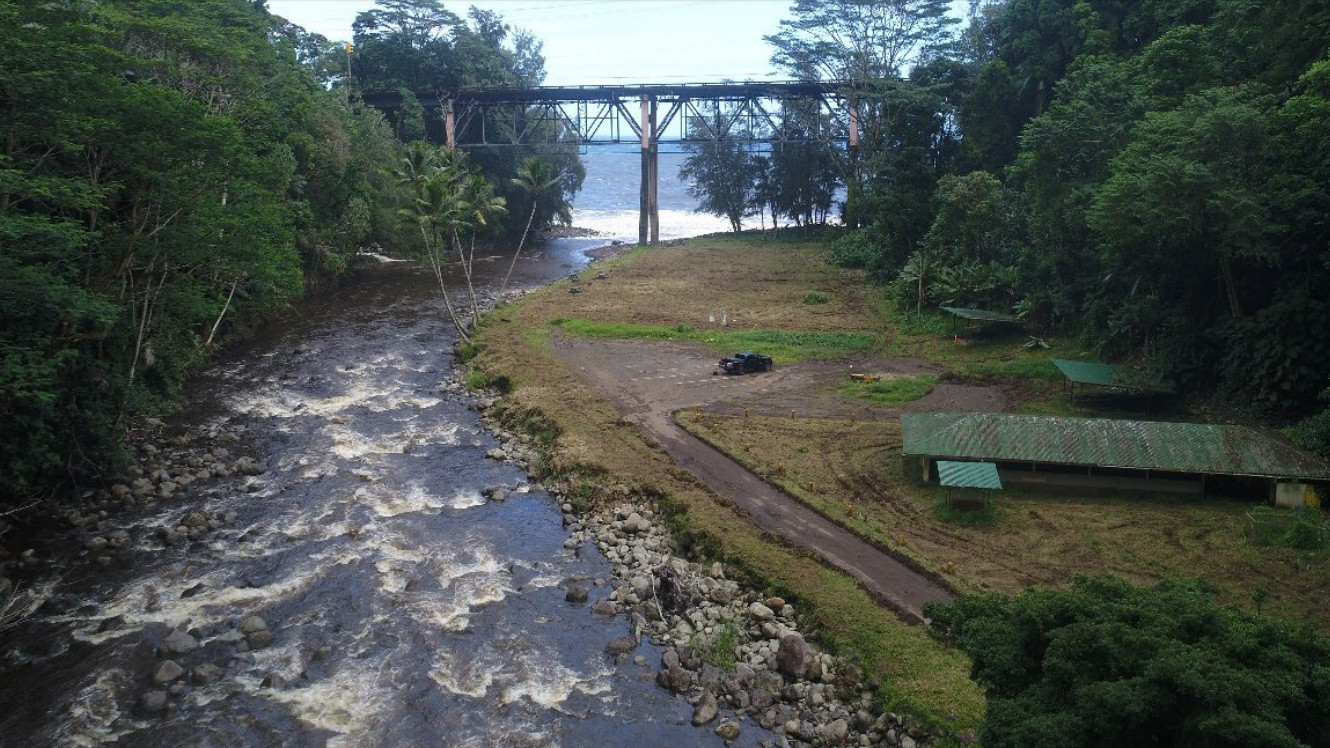 HĀMĀKUA COAST, Hawaiʻi - Although the Hawaiʻi DOT is removing of the temporary 12-ton weight limit for Kolekole Bridge, the same restriction remains for Nanue Bridge. 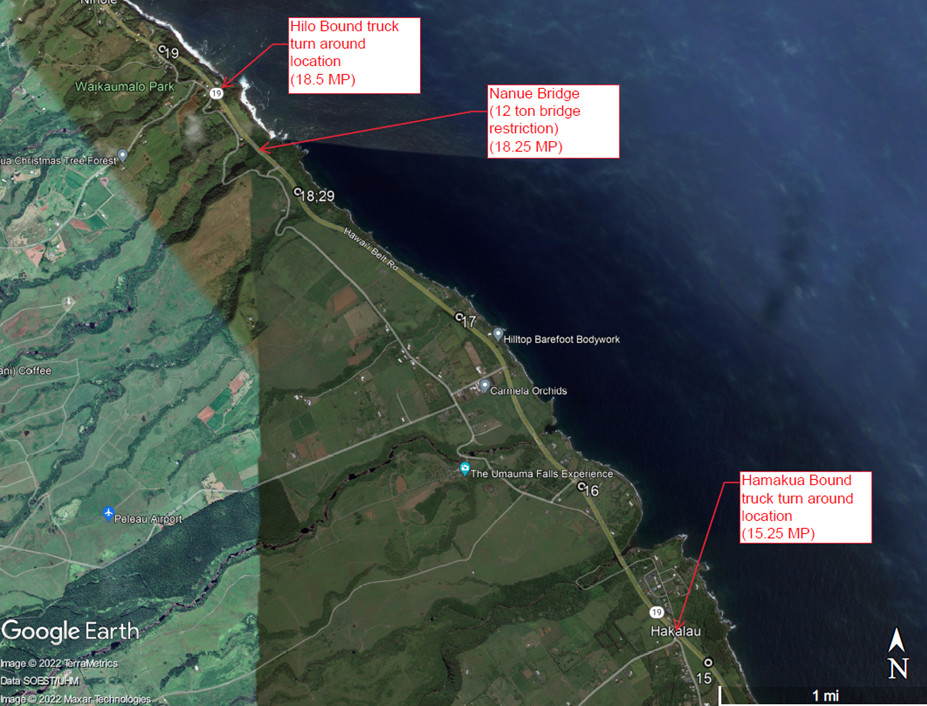 (BIVN) – The Hawaiʻi Department of Transportation on Froday announced the removal of the temporary weight limit for the Kolekole Bridge on the Hāmākua coast.

The unposted limit for bridges on the state highway system is 40 tons, officials say.

The weight restriction for the Nanue Bridge to the north of the same highway will remain in place. From the Hawaiʻi DOT:

A 12-ton posting remains for Nanue Bridge at milepost 18.5. Vehicles over 12-tons such as tractor trailers will continue to be checked for vehicle documentation to verify weight and may be turned around at either the Hamakua-bound truck turnaround in Hakalau or the Hilo-bound truck turnaround near Waikaumalo Park. HDOT advises these vehicles avoid Nanue Bridge until the lifting of the weight restriction for this structure is announced. Current estimate for opening to unposted traffic for Nanue Bridge is August.

Previous arrangements with Hawaiʻi County emergency response and public transit agencies for access for their vehicles remain in place.