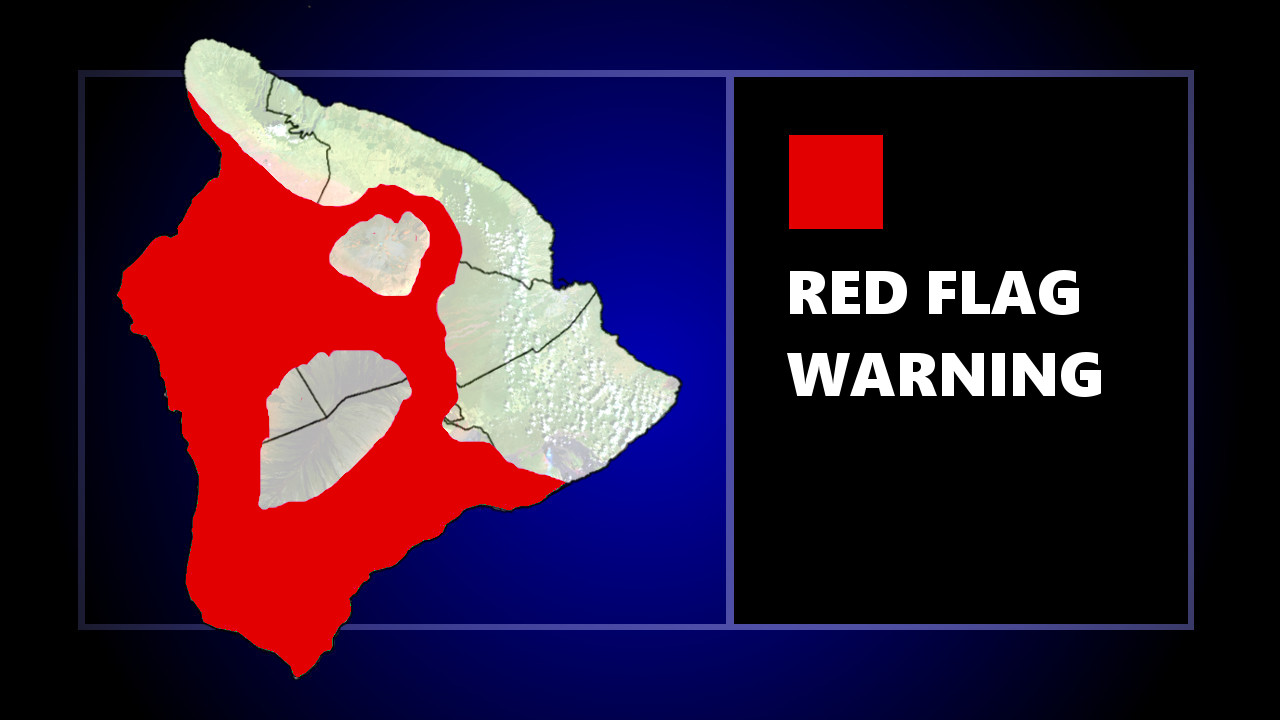 HAWAIʻI ISLAND - The Fire Weather Watch is no longer in effect, replaced by the Red Flag Warning for leeward sections of the Big Island.

UPDATE – The Red Flag Warning has been extended until 6 p.m. Monday evening.

(BIVN) – A Red Flag Warning is in effect for leeward portions of Hawaiʻi island on Sunday, replacing the Fire Weather Watch that was issued previously.

“The combination of dry fuels, strong and gusty trade winds and low relative humidity levels could produce extreme fire behavior on Sunday, especially during the afternoon hours,” the National Weather Service repeated in a new alert message. “Any fires that develop will likely spread rapidly and be difficult to control.”

The Red Flag Warning, which is in effect from 6 a.m. to 6 p.m. HST Sunday, means that critical fire weather conditions are either occurring now or will shortly. Although a Red Flag Warning does not predict new fire starts, forecasters say, it does mean that any fires that develop will likely spread rapidly. Outdoor burning is not recommended, officials say.

East to northeast winds of 15 to 30 mph, with gusts to 50 mph, with humidity at 40 to 45 percent in the afternoon, the National Weather Service said.