Nāhuku Lava Tube Closed Due To Structural Concerns (Aug. 2, 2022). A synthesized voice was utilized in the narration for this story.

HAWAIʻI VOLCANOES NATIONAL PARK - The popular lava tube is closed until further notice for structural monitoring and safety, after a fracture narrowed over the weekend. 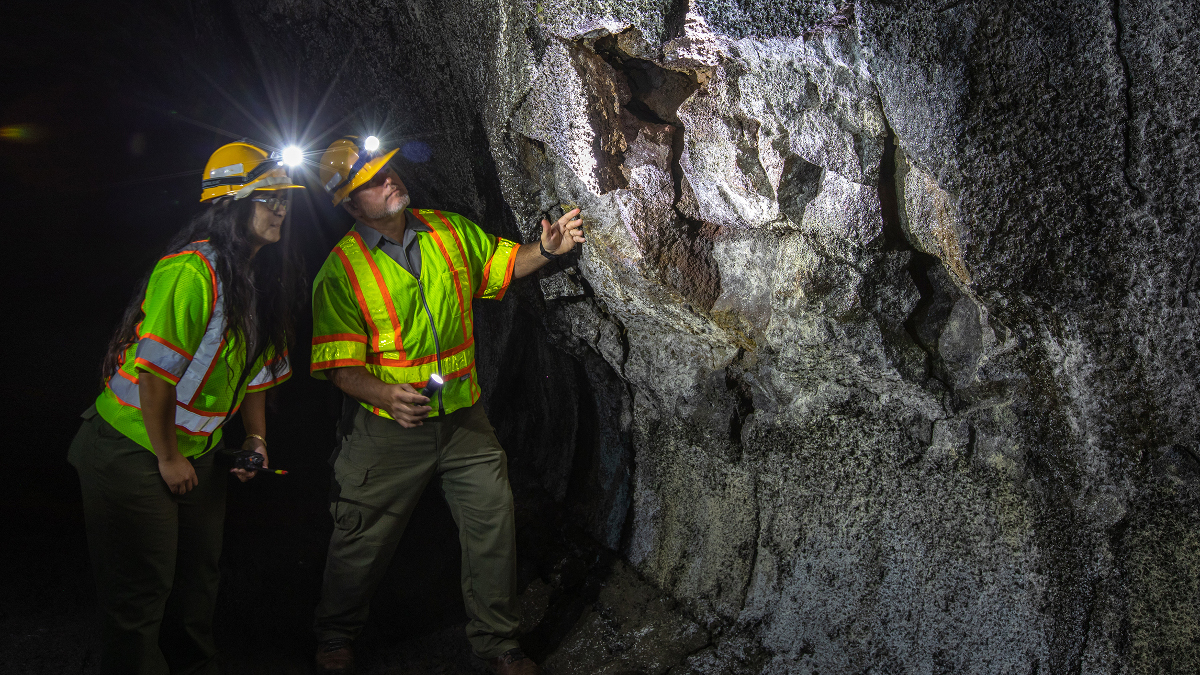 (BIVN) – The Nāhuku lava tube in Hawaiʻi Volcanoes National Park is closed until further notice for structural monitoring and safety.

The National Park Service said in a Monday news release that data from a crackmeter “revealed that a fracture near a large overhanging rock slab at the apex of the lava tube has narrowed by 2.47 mm since Saturday.”

From the National Park Service release:

The narrowing movement could indicate the crack is adjusting in response to other fractures widening in the lava tube, making the large overhead chunk of rock unstable and potentially dangerous. The slab measures about 2.16 x 3.23 meters (7.1 x 10.5 feet) and 20.3 cm (8 inches) thick. Further monitoring is required to determine if the lava tube can safely reopen.

On Sunday, National Park Service geomorphologist Dr. Eric Bilderback alerted park management that the crackmeter in the middle of Nāhuku had moved 1.96 mm Saturday night over the course of several hours, and had moved another 0.51 mm by Monday morning. Park managers closed the lava tube Sunday.

Bilderback said while the movement is slow and not accelerating, these movements of a large rock slab are unusual in the monitoring record. A return of movement similar to the previous record would need to occur before the lava tube would be considered safe to reopen. It is not clear how long that will take.

Prior to the fractural changes over the weekend, data from the monitors revealed little change to the cave’s structural integrity showing less than 1 mm of movement since November 2019.

Large rocks in Nāhuku were dislodged during the 2018 eruption and summit collapse of Kīlauea volcano. Two crackmeters were installed in the lava tube’s ceiling to monitor their movement.

Park officials noted that the restrooms near Nāhuku, and the parking area, remain open.