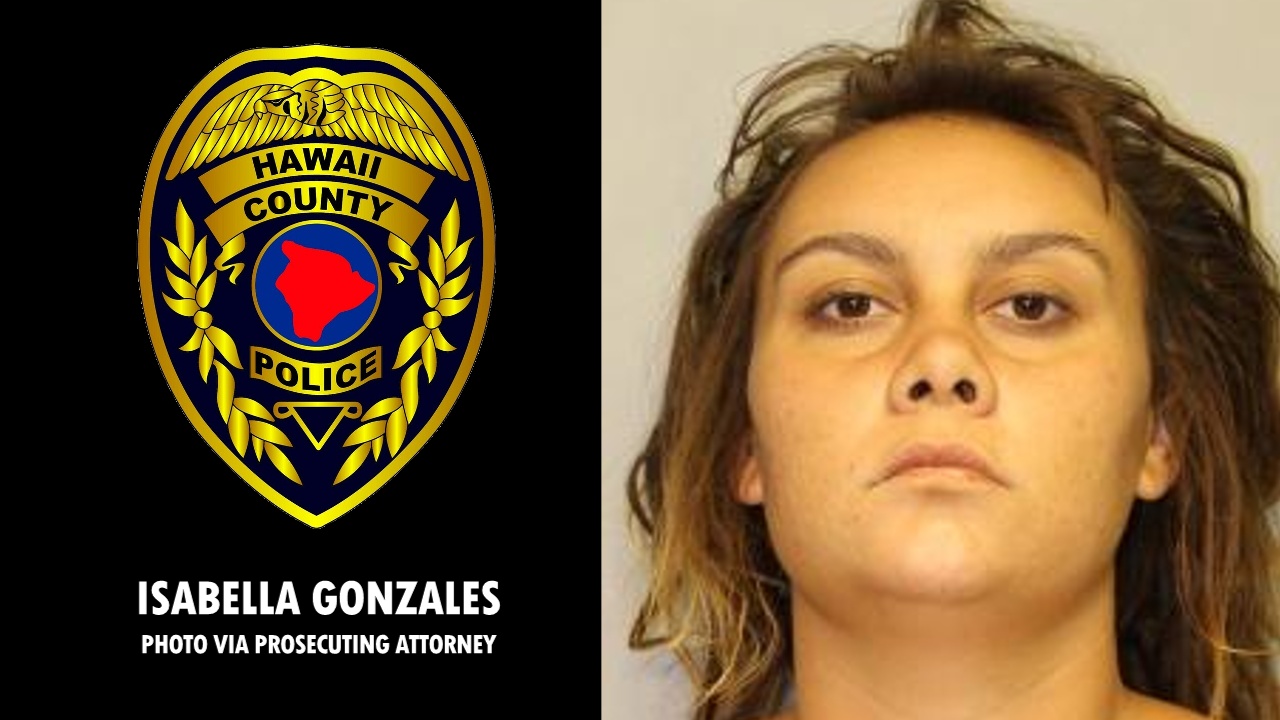 WAIMEA, Hawaiʻi - The robbery and terroristic threatening charges follow an alleged shoplifting incident that involved the use of a "simulated firearm".

(BIVN) – A Waimea woman has been charged in connection with a reported robbery in Pāhoa that took place on Monday.

Prosecuting Attorney Kelden Waltjen announced today that 24 year-old Isabella Gonzales of Waimea was charged with robbery and terroristic threatening “in relation to a shoplifting incident that involved the use of a simulated firearm, a pellet gun, that occurred on August 1, 2022 at Malama Market in Pahoa.”

At approximately 9:02 a.m, Puna Patrol officers responded to a report of an active robbery at a business in the 1500 block of Pāhoa Village Road in Pāhoa. The suspect, described as a female in her 20s, later identified as Isabella Gonzales of Kamuela, reportedly was observed shoplifting from within the business and assaulted an employee when confronted about the theft.

According to the Prosecuting Attorney’s news release issued on Wednesday:

As the Complaint alleges, Gonzales was charged with Robbery in the First Degree (in the course of committing theft was armed with a dangerous instrument or a simulated firearm, and threatened imminent use of force against another person with intent to compel acquiescence to the taking of or escaping with the property) and Terroristic Threatening in the First Degree (with the use of a dangerous instrument and/or a simulated firearm). The most serious offense, Robbery in the First Degree, is a class A felony offense which carries a penalty of a twenty (20) year prison term.

Gonzales was scheduled to make her initial appearance on Wednesday afternoon in Hilo District Court.

The office of the Prosecuting Attorney said the investigation “was initiated by Officer Onan Masaoka, Puna Patrol, and felony investigation was handled by Detective Clarence Davies, Area I Criminal Investigation Section, Hawai‘i Police Department. The case is being prosecuted by Deputy Prosecuting Attorney Ha‘aheo Kaho‘ohalahala. The charges are merely allegations, and the Defendant is presumed innocent unless and until proven guilty.”

“This is the second shoplifting robbery incident in East Hawai‘i in the last week,” said Prosecuting Attorney Kelden Waltjen. “Our Office will continue to work with Hawai‘i Police Department to address these threats and hold offenders accountable.”