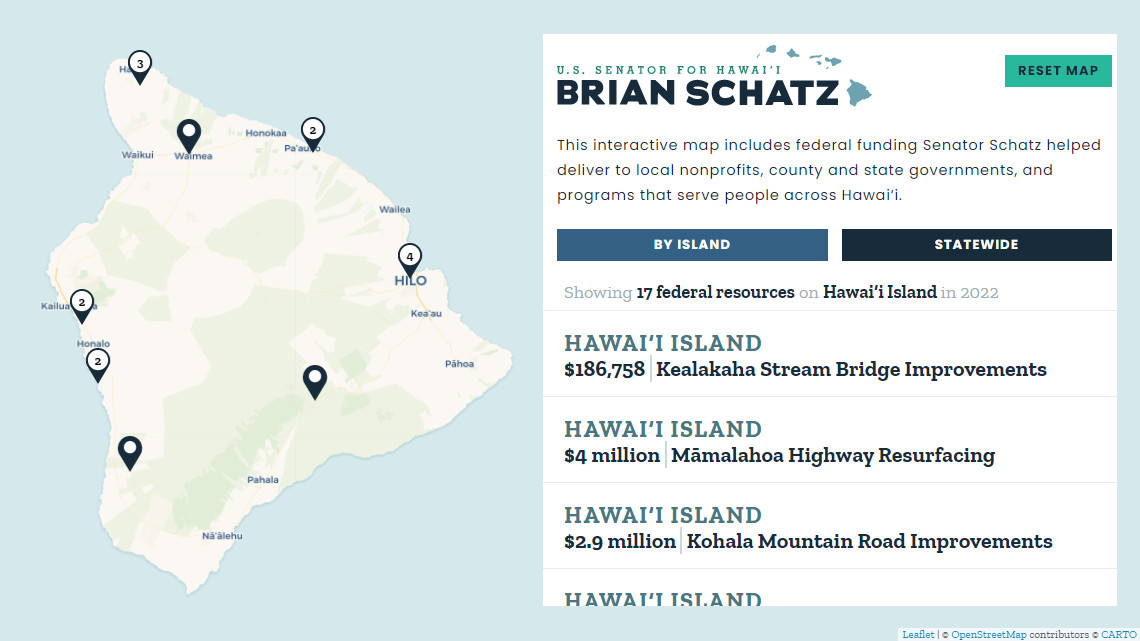 WASHINGTON - U.S. Senator Brian Schatz has introduced an interactive map detailing where federal funding is spent across Hawai‘i, both statewide and by island.

Sen. Schatz is the Chairman of the Senate Appropriations Subcommittee on Transportation and Housing, and has delivered more than $16 billion in federal funding to Hawai‘i over his years in office, including more than $240 million in earmarks this year. Schatz says he ranks “number seven in bringing home the most earmark funding in the Senate”, according to The New York Times.

The map for Hawaiʻi island, which can be accessed here, shows “17 federal resources” in 2022:

“One of my top priorities in the Senate is bringing home federal dollars – and we’ve delivered billions,” said Senator Schatz. “These federal funds are helping local people with health care, housing, education, child care, job training, and so much more. As we continue securing more money for Hawai‘i, we’ll keep providing updated information on where and how these funds will help people across our state.”