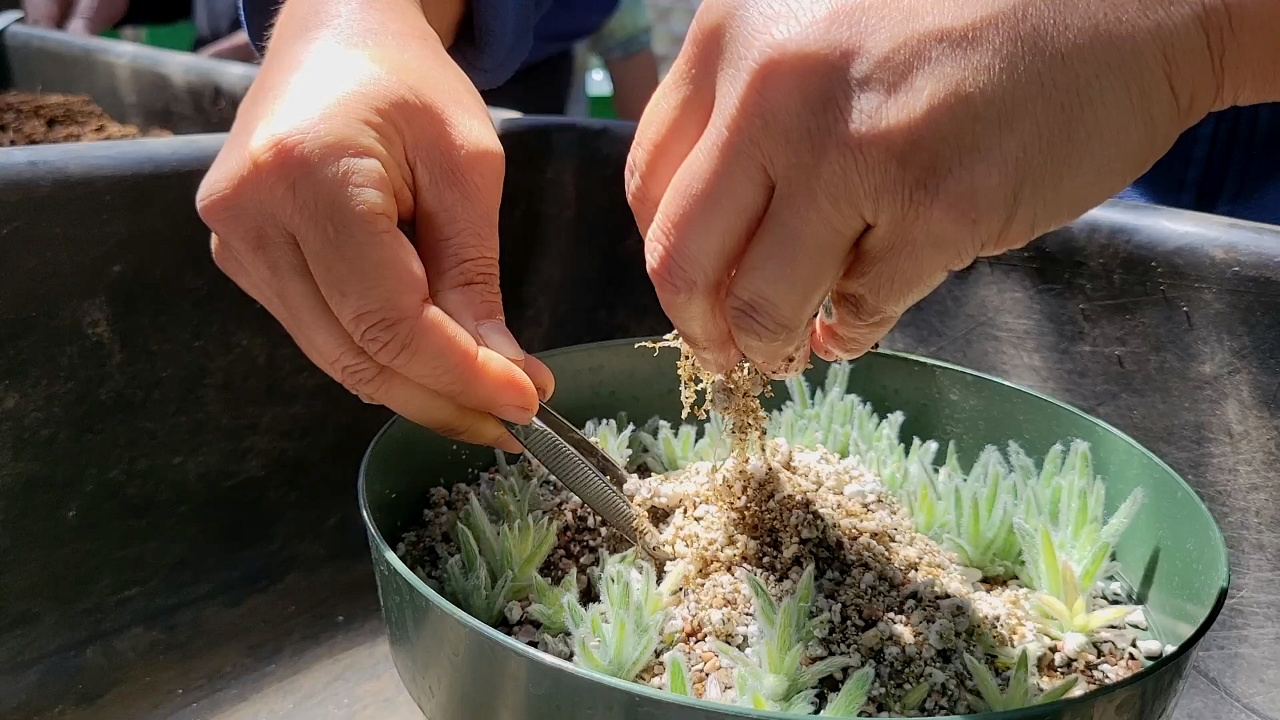 MAUNAKEA, Hawaiʻi - The University of Hawaiʻi shared details on recent efforts to reestablish the endangered silversword on Maunakea. 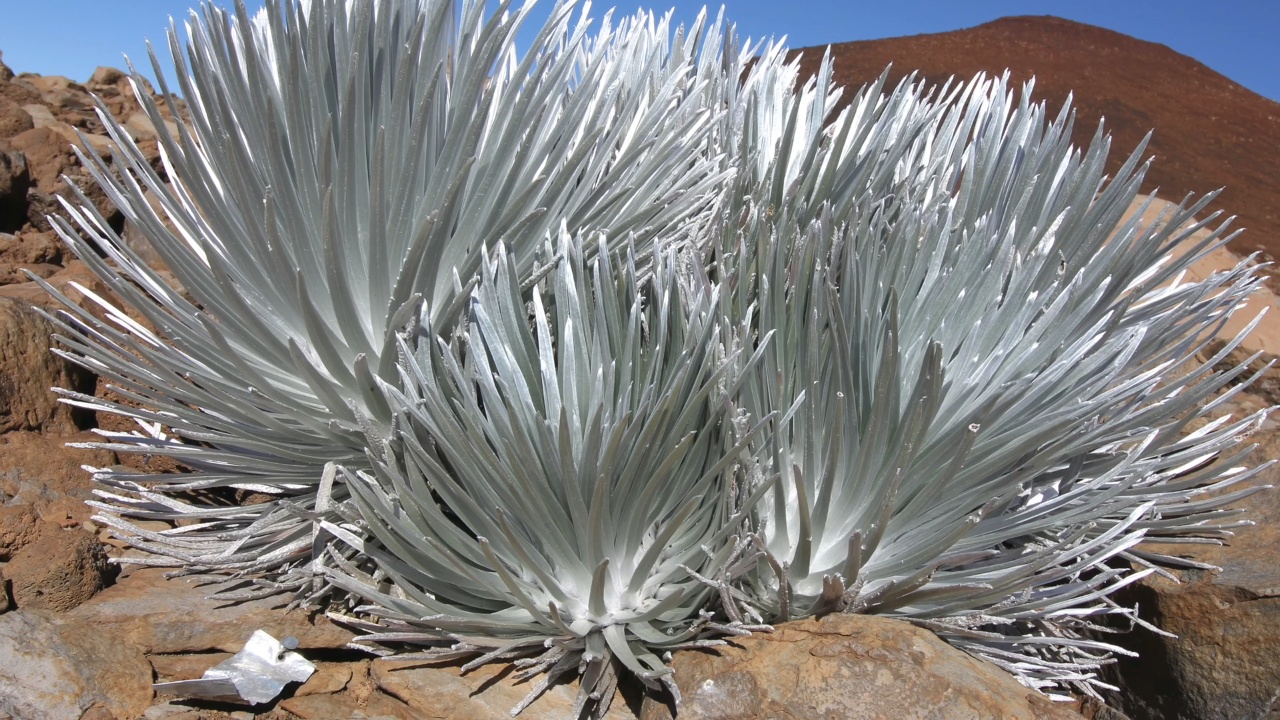 (BIVN) – A University of Hawaiʻi news release issue this weekend provides details on the ongoing effort to reestablish endangered silverswords on Maunakea.

The University of Hawaiʻi at Hilo Center for Maunakea Stewardship (CMS) is partnering with the Hawaiʻi Department of Land and Natural Resources Division of Forestry and Wildlife (DOFAW) to aid recovery of the highly endangered Maunakea silversword atop Hawaiʻi’s highest mountain. Silversword seeds were sown at the CMS greenhouse at the Halepōhaku mid-level facility in February 2022. The first seedlings emerged in March and were transplanted in June. Currently, there are more than 100 seedlings about 2.5 inches tall in the nursery that, under the close care of CMS staff, will continue to grow until they reach planting size in 2023.

“It is absolutely incredible watching the Maunakea silverswords grow from a seed into a plant that is so very precious and significant to the conservation and management of the species,” said Jessica Kirkpatrick, CMS’ natural resource specialist. “Words cannot even explain the excitement and rejoice of this project.” 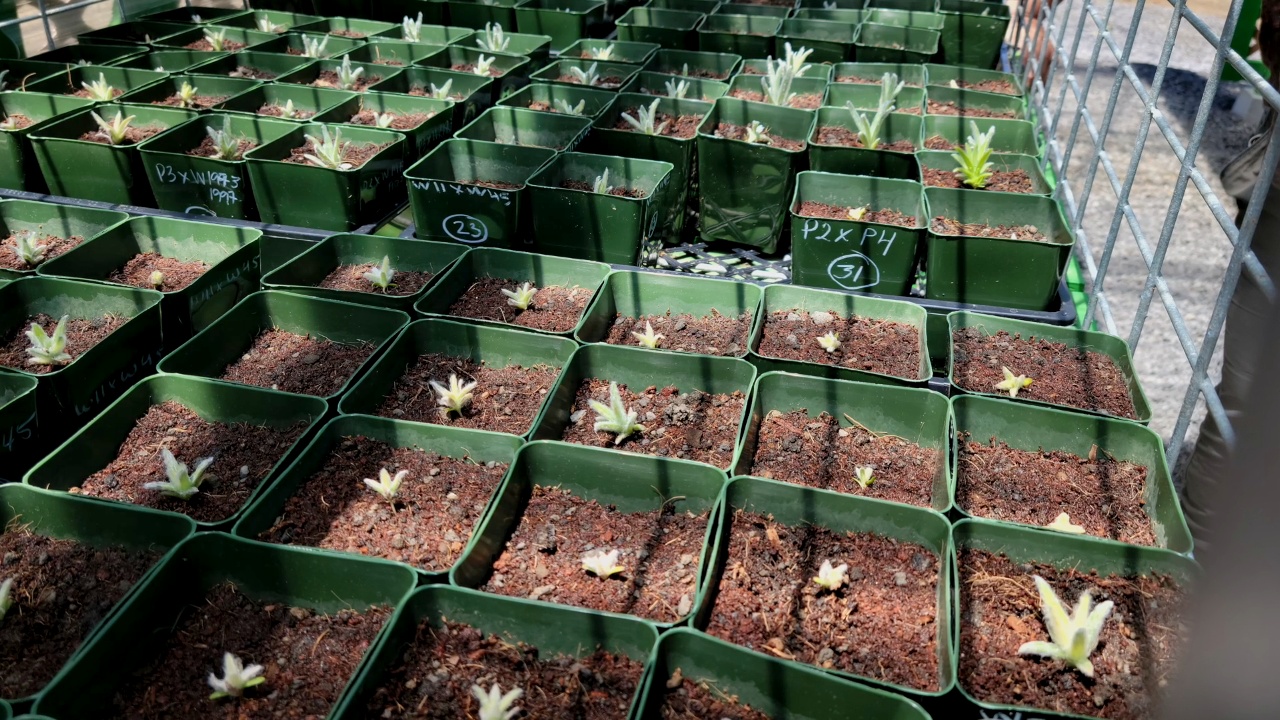 The introduction of hooved animals on Maunakea in the late 1700s severely impacted the silversword population, according to experts. In 1986, it was declared an endangered species at high risk of extinction. DOFAW launched propagation efforts in the mid- 1970s which also expanded significantly in the early 1990s. Throughout the past three decades, DOFAW has reintroduced thousands of silverswords on Maunakea. According to scientists, it is important to continue to incorporate seedlings from additional wild individuals, such as the seedlings currently being grown, to help increase genetic diversity, which will give the plants a better chance to adapt to changes in their environment caused by factors like invasive species and climate change. Increasing the number of silverswords on Maunakea can also help expand food and habitat sources for native insects such as Agrotis helela and A. kuamauna, 2 moths unique to Ha waiʻi Island.

CMS will continue to partner with DOFAW to plant the seedlings growing inside the greenhouse at reintroduction sites across Maunakea, sites where previous plantings have been successful and that offer protection from hooved animals.

“This project illustrates what lies at the very core of our stewardship efforts, a steadfast commitment by our land stewards here at CMS to mālama these precious lands on Maunakea through efforts shaped around restoration and preservation,” said Nahua Guilloz, director of stewardship at CMS. “We are hopeful this project will help to reignite efforts to repopulate a native plant that once thrived on the mauna.”

CMS oversees regular monitoring of native and invasive species on Maunakea and has been commended for its innovative efforts in native plant restoration and invasive species management. The U.S. Fish and Wildlife Service removed the native wēkiu bug from the candidate endangered species list in 2011, after CMS land stewards compiled years of research on the insect’s biology, genetics and habitat, assuring its conservation and protection. The endemic bug can only be found on puʻu (cinder cones) on the summit of Maunakea.

In 2019, CMS launched a native plant restoration project around the Visitor Information Station (VIS) at the 9,000 foot elevation on Maunakea aimed at enhancing the area’s ecosystem with both common and rare native plants to help provide a habitat refuge for native birds, as well as providing educational opportunities for visitors that come to the VIS to acclimate. As of November 2021, propagated native plant counts include: 495 māmane; 120 ʻāweoweo; 1,295 ʻenaʻena; 17 pāwale; and 782 native grasses.

In 2012, CMS launched the Mālama Maunakea campaign, which connects community volunteers to help in resource management and stewardship on the mauna. Last year alone, more than 8,600 pounds of invasive weeds have been removed from CMS’ restoration area.