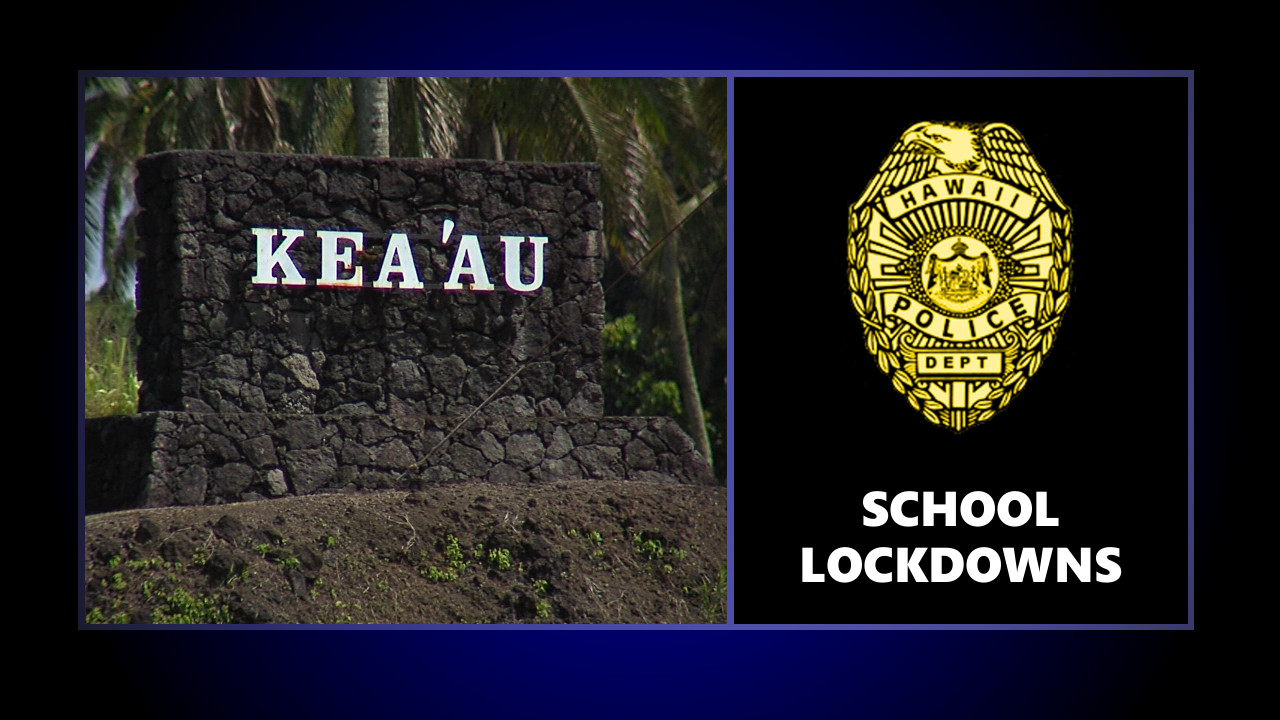 KEAʻAU, Hawaiʻi - Tuesday's school threat at Keaʻau High School was resolved, police later said, and all schools have since lifted their lockdown.

UPDATE – (1:30 p.m.) – Hawaiʻi police say they have arrested a 16-year-old student in connection with threats he made towards other students, resulting in a temporary school lockdown in Keaʻau earlier today.

The initial verbal threat was made in-person, and later followed up with a general threat the suspect allegedly posted online. The threats reportedly involved the threatened use of a firearm.

On Tuesday morning, August 9, 2022, shortly after 8:30 a.m., Puna patrol officers responded to Keaʻau High School for the reported threat involving a student that was believed to be armed. It was reported that the responsible juvenile was returning to campus. As officers arrived, the juvenile was observed within a vehicle on campus, and as officers attempted to identify him, he immediately fled the area on foot into a nearby forested area.

Area I Criminal Investigation Division personnel responded to the scene to assist patrol in the search.

As a precaution, four Keaʻau schools in the area were placed on lockdown.

Shortly before 10:45 a.m., police located the juvenile and he was arrested without incident. He was not armed.

Police would like to thank the community for their patience as this case was investigated. Police take threats of violence extremely seriously, especially those involving the use or threatened use of a firearm or other weapon. The protection of life is paramount.

The Area I Juvenile Aid Section is continuing this investigation. Police ask anyone with information about the incident to call the police department’s non-emergency line at (808) 935-3311 or Detective Jenny Lee at (808) 961-2279 or Jenny.Lee@hawaiicounty.gov.

Tipsters who prefer to remain anonymous may call the islandwide Crime Stoppers number at (808) 961-8300 and may be eligible for a reward of up to $1,000. All Crime Stoppers information is kept confidential.

(BIVN) – original story – Four schools in Puna were placed on lockdown for a short time on Tuesday, as the Hawaiʻi Police Department responded to a reported school threat.

In an alert message issued at about 10 a.m., police announced Keaʻau High School, Keaʻau Intermediate and Keaʻau Elementary – as well as Ke Kula ʻo Nawahiokalaniopuʻu immersion school – were on lockdown. Officers were said to be present in the area, and the public was advised to “please use caution and avoid the area.”

Police issued another alert less than an hour later, saying “the school threat at Keaau High School has been resolved, and all schools have lifted their lockdown.” Officers were still present in the area, the alert stated.

“Your children are safe and will resume normal operations,” a Keaʻau Elementary School message posted to the school website read. “Please do not come to the school,” the note requested.