KEAʻAU, Hawaiʻi - The juvenile suspect was charged with first-degree terroristic threatening, and transferred to the custody of the State of Hawaiʻi Department of Public Safety. 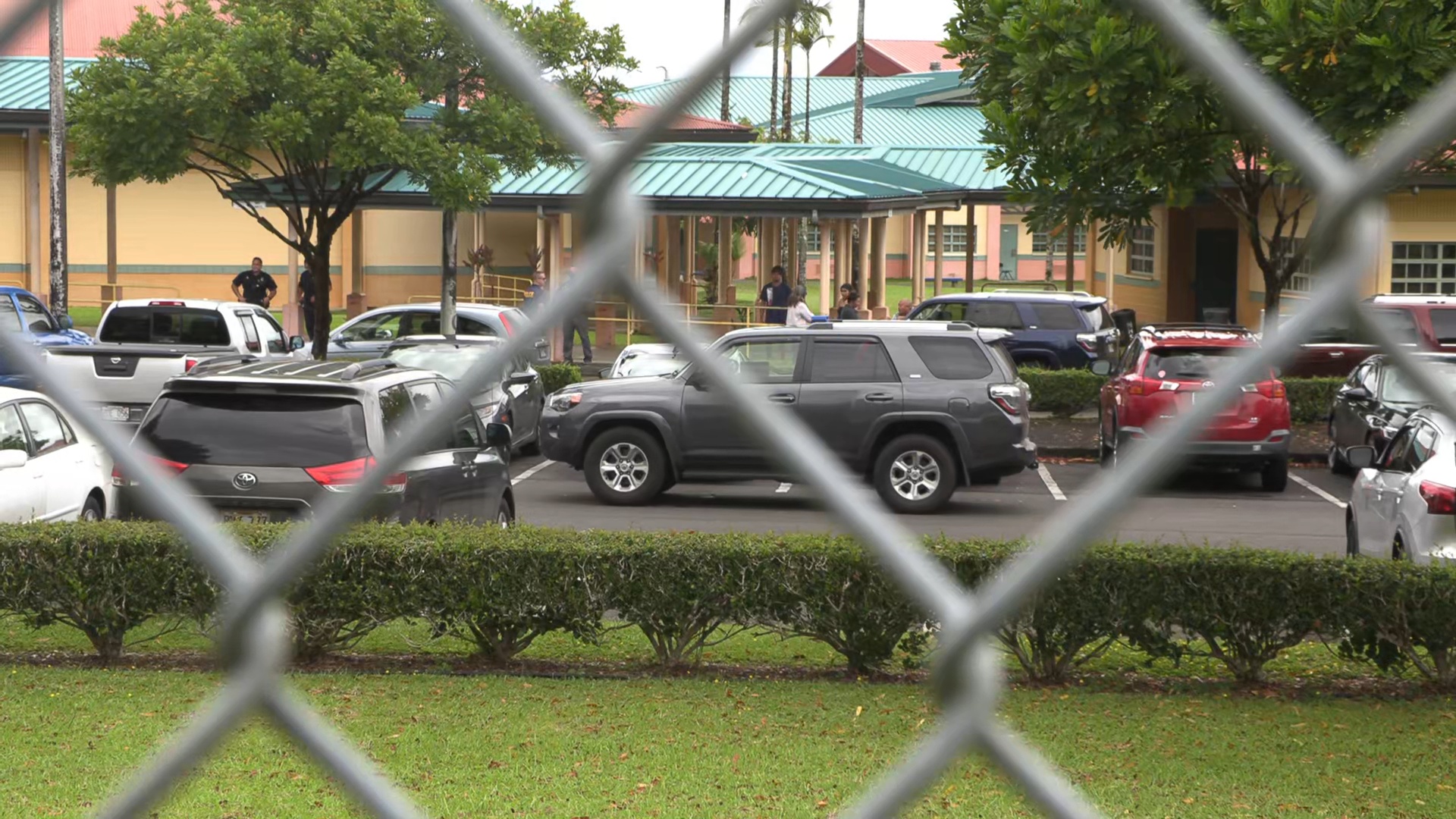 (BIVN) – A 17-year-old student accused of threatening students and school personnel has been charged, following the lockdown of four Keaʻau schools on Tuesday.

Police responded to Keaʻau High School for the reported threat “involving a student that was believed to be armed,” police said in a news release. “It was reported that the responsible juvenile was returning to campus. As officers arrived, the juvenile was observed within a vehicle on campus, and as officers attempted to identify him, he immediately fled the area on foot into a nearby forested area.”

The 17-year-old (initially reported as a 16-year old) was located shortly before 10:45 a.m., and he was arrested without incident. He was not armed, police say.

On Tuesday afternoon, shortly before 2:30 p.m., the juvenile suspect was charged with first-degree terroristic threatening. He was then transferred to the custody of the State of Hawaiʻi Department of Public Safety Sheriff Division and is awaiting transport to the Hawaiʻi Youth Correctional Facility on O‘ahu.

Police would again like to thank the community for their patience as this case was investigated. Police take threats of violence extremely seriously, especially those involving the use or threatened use of a firearm or other weapon. The protection of life is paramount.