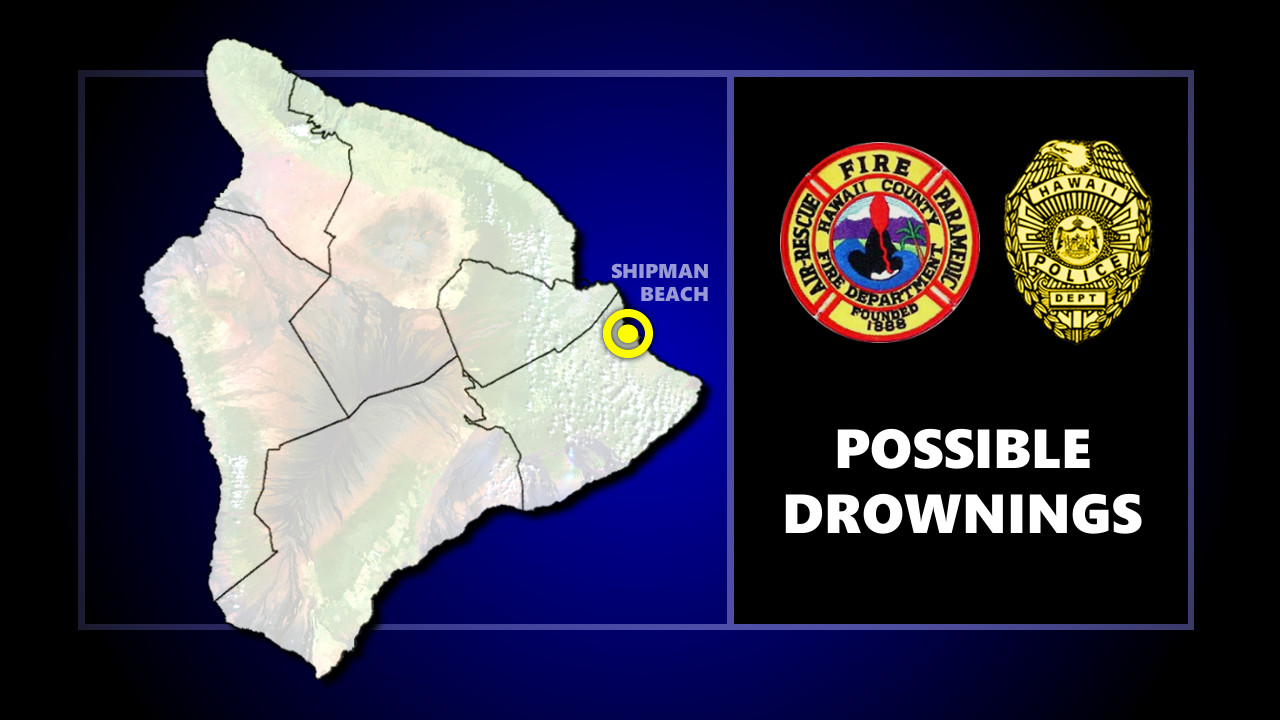 Possible Drowning In Waters Off Puna, One Still Missing

KEAʻAU, Hawaiʻi - One teenager has died and another is still missing in the waters off Shipman Beach, police say.

(BIVN) – A 16-year-old male has died, and his 14-year-old brother is still missing, in the waters off Shipman Beach in Puna.

From the Hawaiʻi Police Department, who reported the incident occurred at Shipman Beach:

Hawai‘i Island police are investigating the possible drowning of a 16-year-old boy and his missing 14-year-old brother in waters off Shipman/Haena Beach in Puna.

On Thursday afternoon, August 11, 2022, at 3:20 p.m. Puna Patrol officers along with Hawai’i Fire Department personnel responded to the Shipman/Haena Beach for a report of multiple swimmers in distress.

Responding personnel learned that several adults and the two boys were swimming when they were swept out by the current and high surf. The two adults and the 16-year-old were rescued from the water by the fire department’s helicopter. The 14-year-old has not yet been located.

Hawaiʻi Fire Department medics immediately began cardio-pulmonary resuscitation on the 16-year-old, as they began transporting him to the Hilo Medical Center. Life-saving measures continued at the hospital, however were unsuccessful. The victim was pronounced dead at 4:51 p.m.

Area I Criminal Investigation Section personnel responded to assist in this investigation.

Police have initiated a coroner’s inquest investigation for the 16-year-old victim. An autopsy has been ordered to determine the exact cause of death.

Earlier that day, the Hawaiʻi Fire Department reported another rescue in Puna, 100 yards off shore from Government Beach Road and Tide Pools.

According to the 911 caller, “one male was swept out to sea from a tide pool and two male bystanders swam out with a paddle board to help him. Chopper 1 and crew extricated the three (3) of them from the ocean and flew them to a nearby landing zone. The 56 year old male victim, who was swept out to the ocean was assessed, treated, and transported to” Hilo Medial Center, an information dispatch stated.