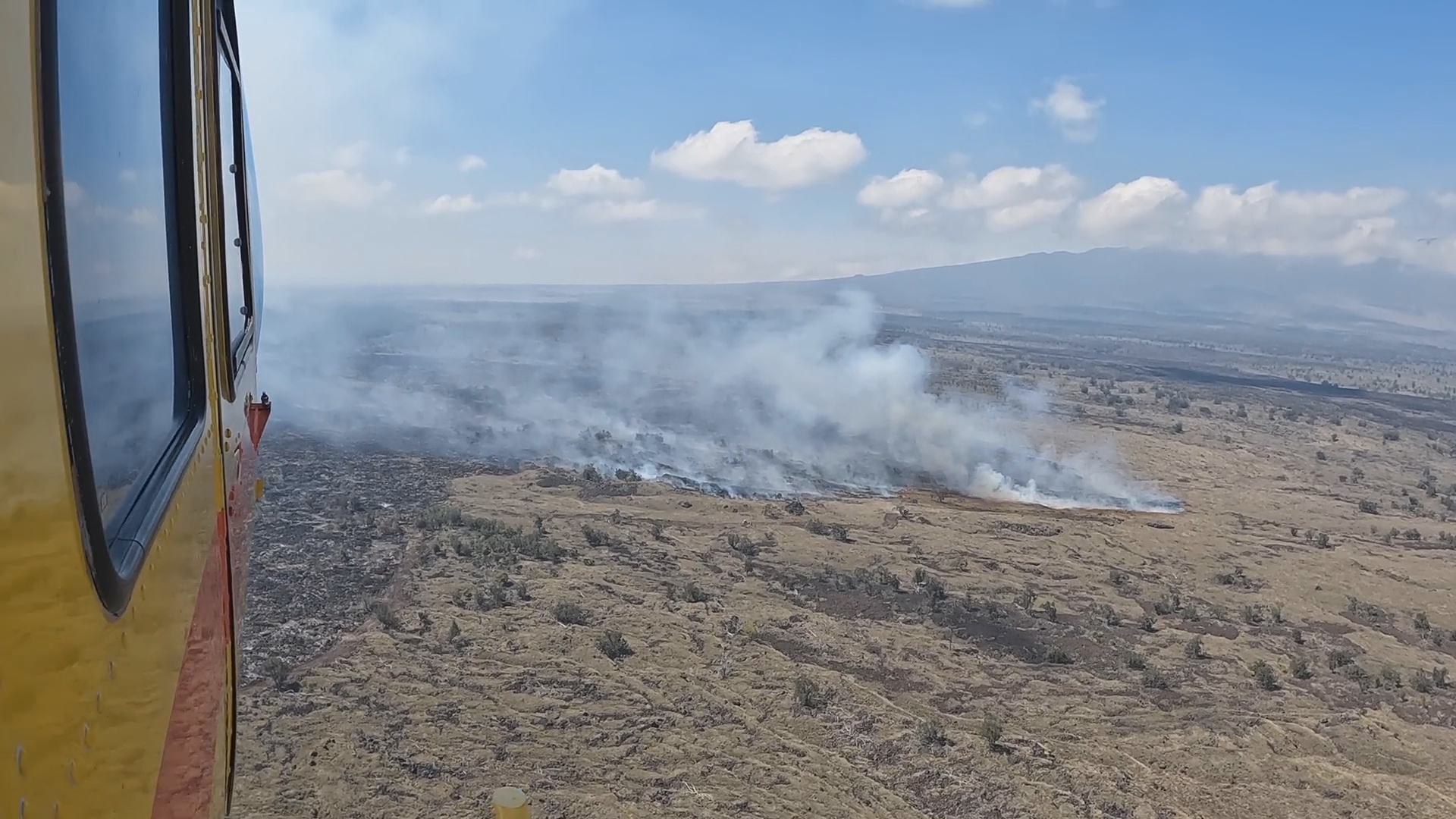 Photo of the fire taken on Friday by the Hawaiʻi DLNR

HAWAIʻI - The blaze is 16,800 acres in size, and officials say some rain began falling in the fire area on Sunday afternoon.

(BIVN) – The wildfire on Hawaiʻi island is 65% contained, and firefighters saw hope in the form of rainfall on Sunday afternoon.

The fire that started at the Pohakuloa Ttaining Area several days ago is now 16,800 acres in size. The fire spread has slowed in sparse grass on an ʻaʻa lava flow in ʻōhiʻa forest, the State says.

Containment and control of the blaze has been difficult and is dependent on “fire behavior, wind, and difficult terrain”, officials say. Sunday’s rain may provide additional help.

On Monday, the plan is to continue creating fire breaks with bulldozers to contain the fire, and secure the fire perimeter behind dozers, a Hawaiʻi Department of Land and Natural Resources news release stated.