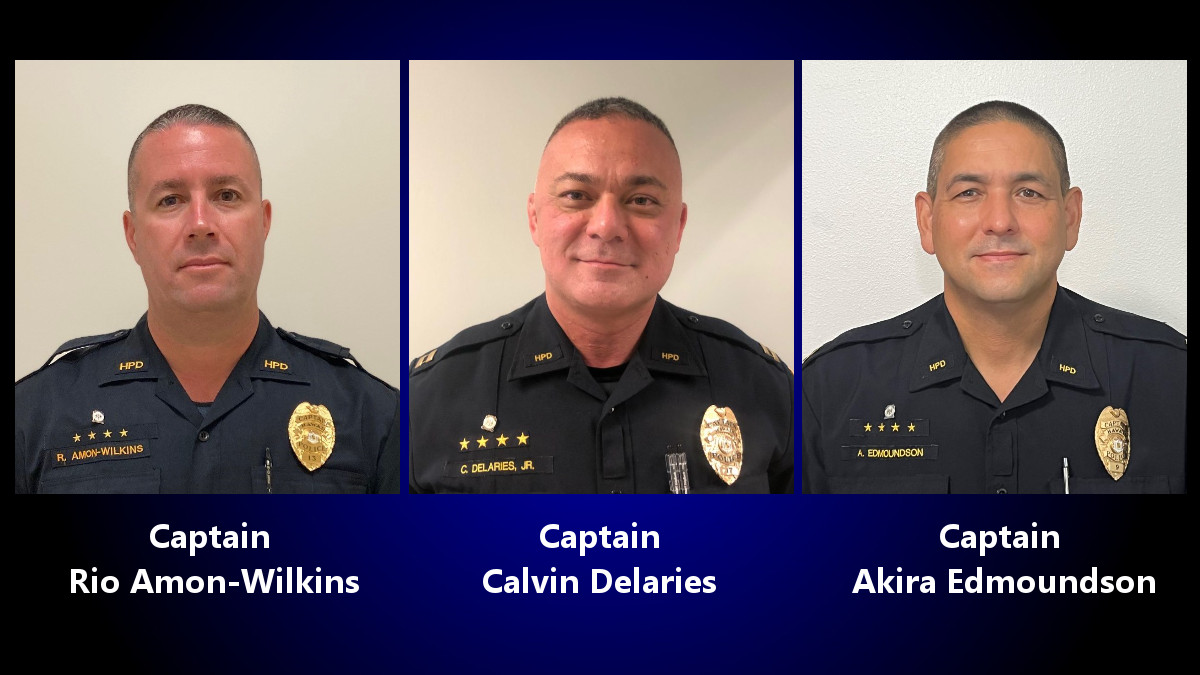 Captain Calvin Delaries is now assigned to command the Kona District. A 20- year veteran of the department, he most recently served as Lieutenant of the Area II Criminal Investigation Section. Previous assignments include working as a Lieutenant in Kona Patrol, a Detective for Area II Juvenile Aid Section, a Sergeant in the South Kohala and Kona Districts, the Special Response Team, Community Policing Officer, a Field Training Officer, and as a Patrol Officer in Kona.

Captain Akira Edmoundson, who has been with the department for 23 years, will oversee the Ka‘ū District. Prior to being promoted to the rank of Captain, he served as a Lieutenant in Kona Patrol. Previous assignments included working as a Detective in Area II Juvenile Aid Section, Sergeant in Kona and Ka‘ū Districts, a Canine Handler for Area II Vice Section, a Field Training Officer in Kona and a Patrol Officer.