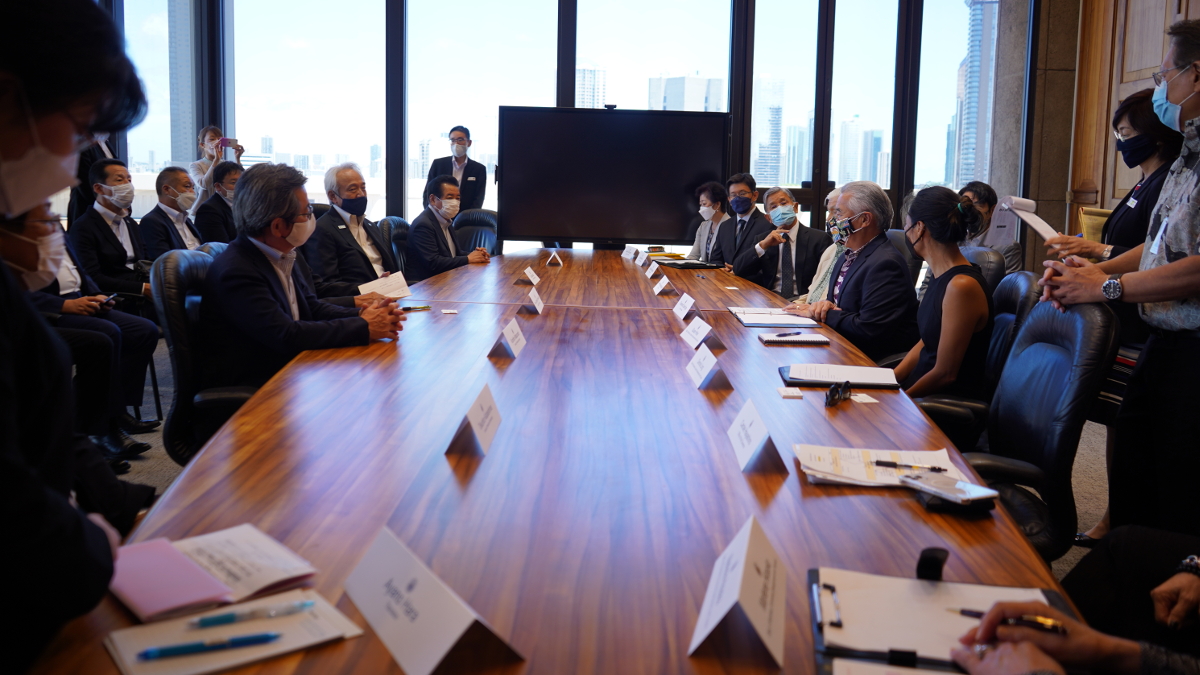 File photo by the State of Hawaiʻi taken during the August 2022 Fukuoka Prefecture Delegation courtesy call.

The governor is also scheduled to visit Matsuyama City and Ehime Prefecture, where he will meet with Gov. Tokihiro Nakamura. Gov. Ige is scheduled to stop in Uwajima City, and Uwajima Fisheries High School, where he will pay respects at the memorial honoring the nine people killed in the 2001 collision between the fishery training ship Ehime Maru and the USS Greeneville nuclear submarine.

While in Hiroshima Prefecture, the governor will meet with Gov. Hidehiko Yuzaki and mark the 25th anniversary of the signing of the sister-state agreement between Hiroshima and the State of Hawaiʻi. The governor will also visit the Atomic Bomb Dome and lay a wreath at the Hiroshima Peace Memorial Museum.

Other engagements include a stop at Osakikamijima Island for a visit to the Carbon Neutral Facility.