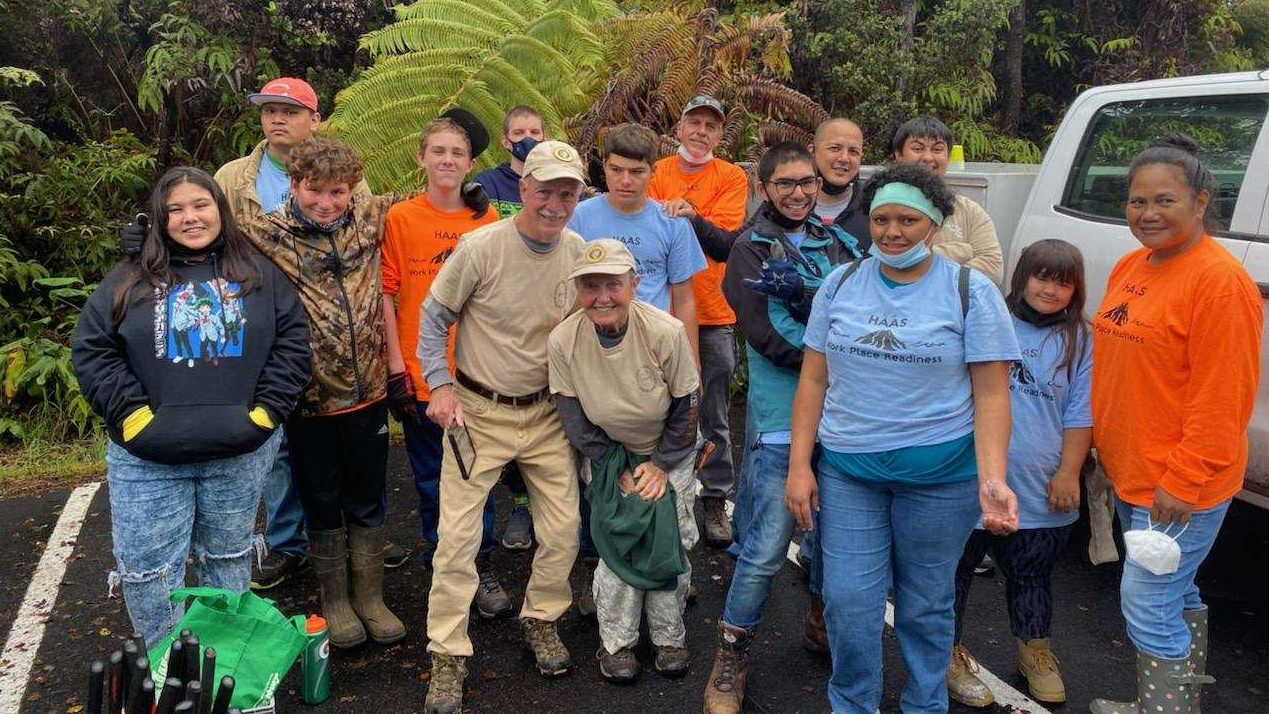 HAWAIʻI VOLCANOES NATIONAL PARK - Awardees include a volunteer youth group enrolled in the Hawaiʻi Academy of Arts & Sciences in Puna, and a longtime park volunteer.

(BIVN) – A volunteer youth group from Puna has earned a top National Park Service award for its outstanding volunteer service in the park, while a longtime volunteer was also honored.

Young adults enrolled with the Hawaiʻi Academy of Arts & Sciences (HAAS) Workplace Readiness Program received the 2021 George and Virginia Hartzog Award for Outstanding Volunteer Service Youth Group Award for work performed in a national park that goes above and beyond normal duty.

The youth, who cope with developmental disabilities, have made a tremendous impact at Hawaiʻi Volcanoes National Park for over a decade by removing invasive Himalayan ginger from park forests. The youth volunteer program is overseen by the park’s Stewardship at the Summit volunteers, Paul and Jane Field. Many of the areas cleared by the HAAS youth and the Fields are now repopulated with native Hawaiian plants. Through this work, the youth participants have developed a sense of ownership for their public lands and take pride in making a positive difference in the world. 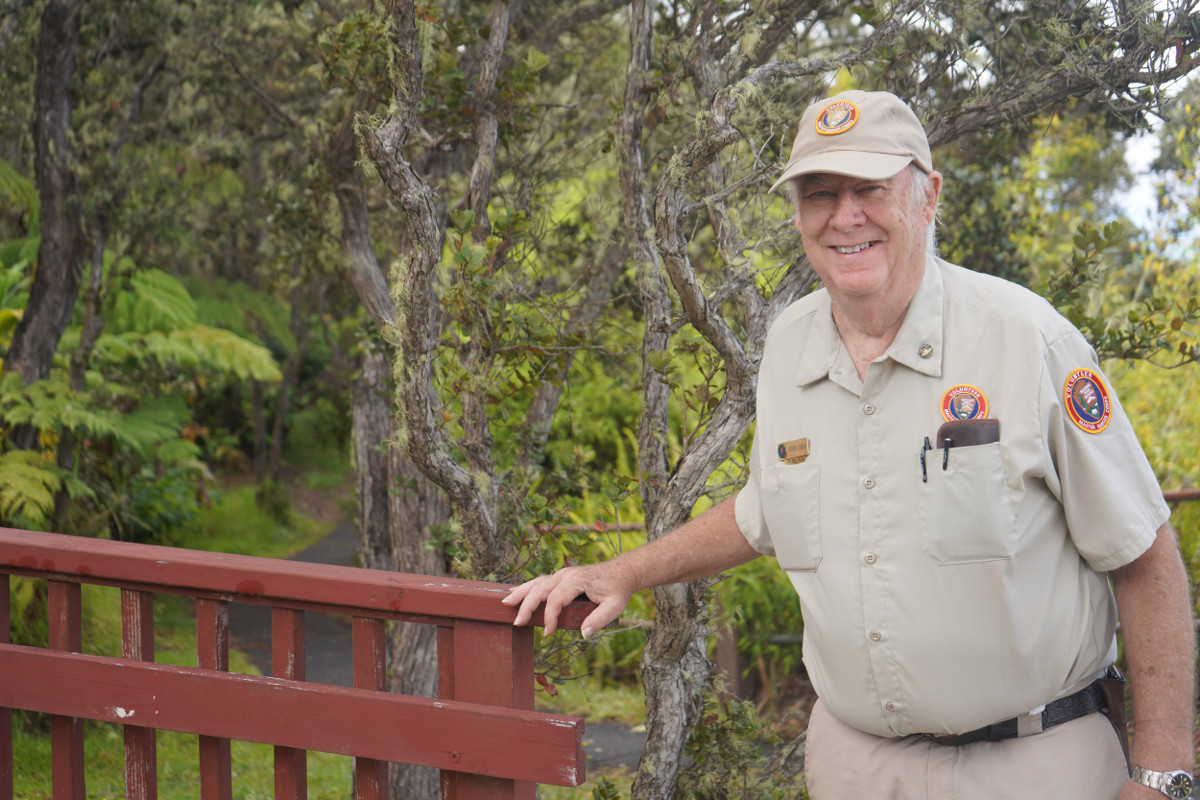 “All the volunteers at Hawaiʻi Volcanoes perform necessary tasks that enable the park to fulfill our mission of protecting the natural and cultural resources for future generations,” said Hawaiʻi Volcanoes Volunteer Coordinator Kūpono McDaniel. “George Jensen, the Fields, and the HAAS Workplace Readiness Development youth have truly gone above and beyond the call of duty. We are indebted to their contributions and delighted to celebrate in their successes,” McDaniel said. 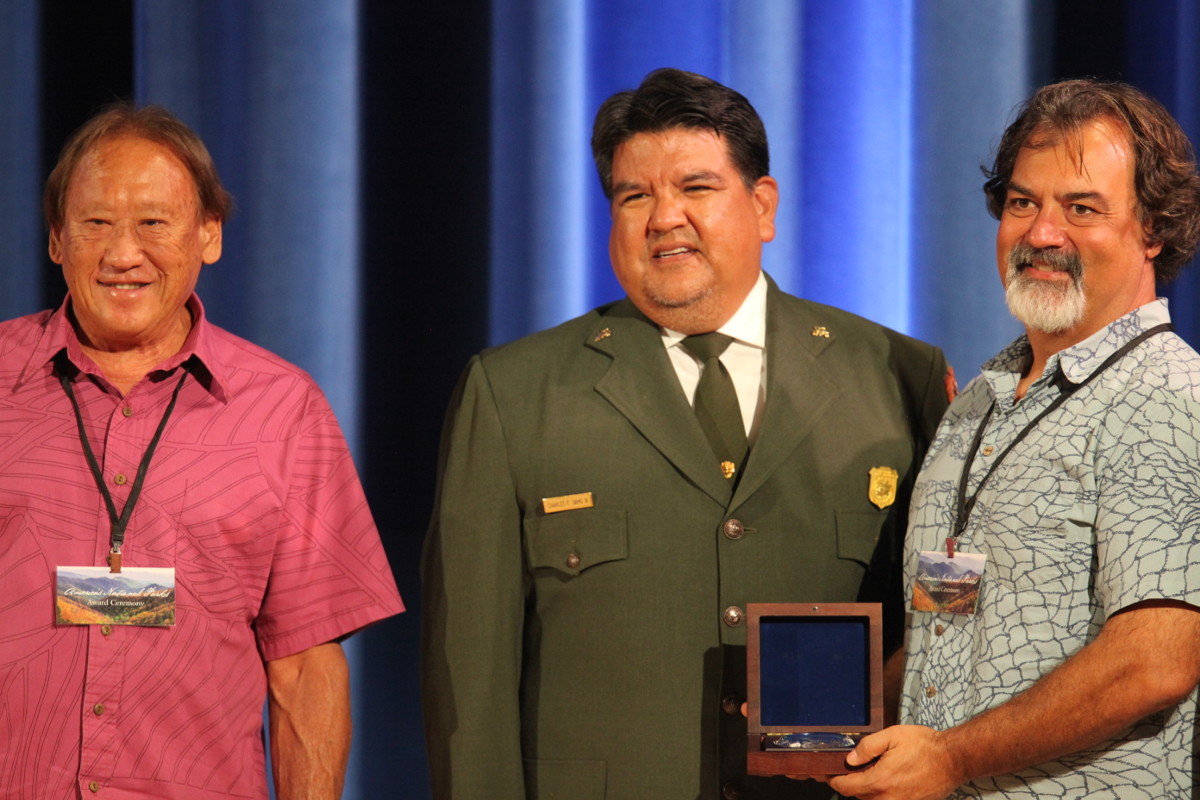 Earlier this week, McDaniel and HAAS Principal Steve Hirakami traveled to Washington D.C. and attended the National Park Service (NPS) ceremony to celebrate America’s national parks and the dedication of those who serve. Many of the agency’s top awards were presented at the event sponsored by NPS and its philanthropic partner, the National Park Foundation.