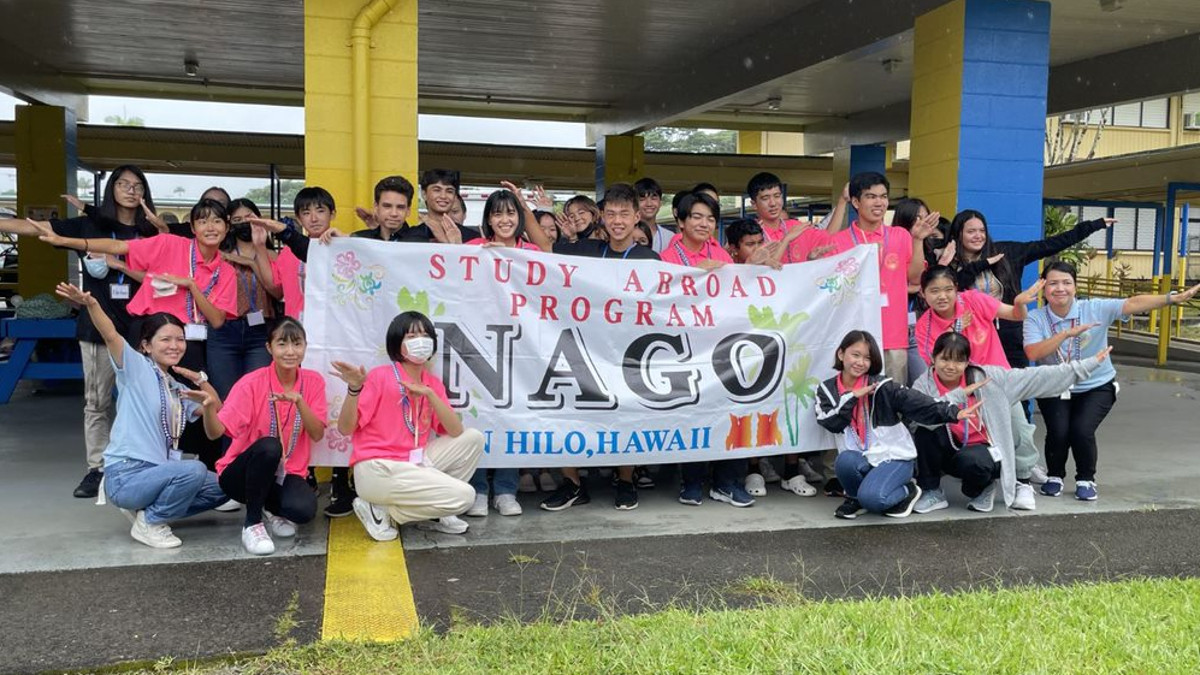 HAWAIʻI ISLAND - The program was created in partnership with Hui Okinawa, which has helped organize these student visits since 2012. 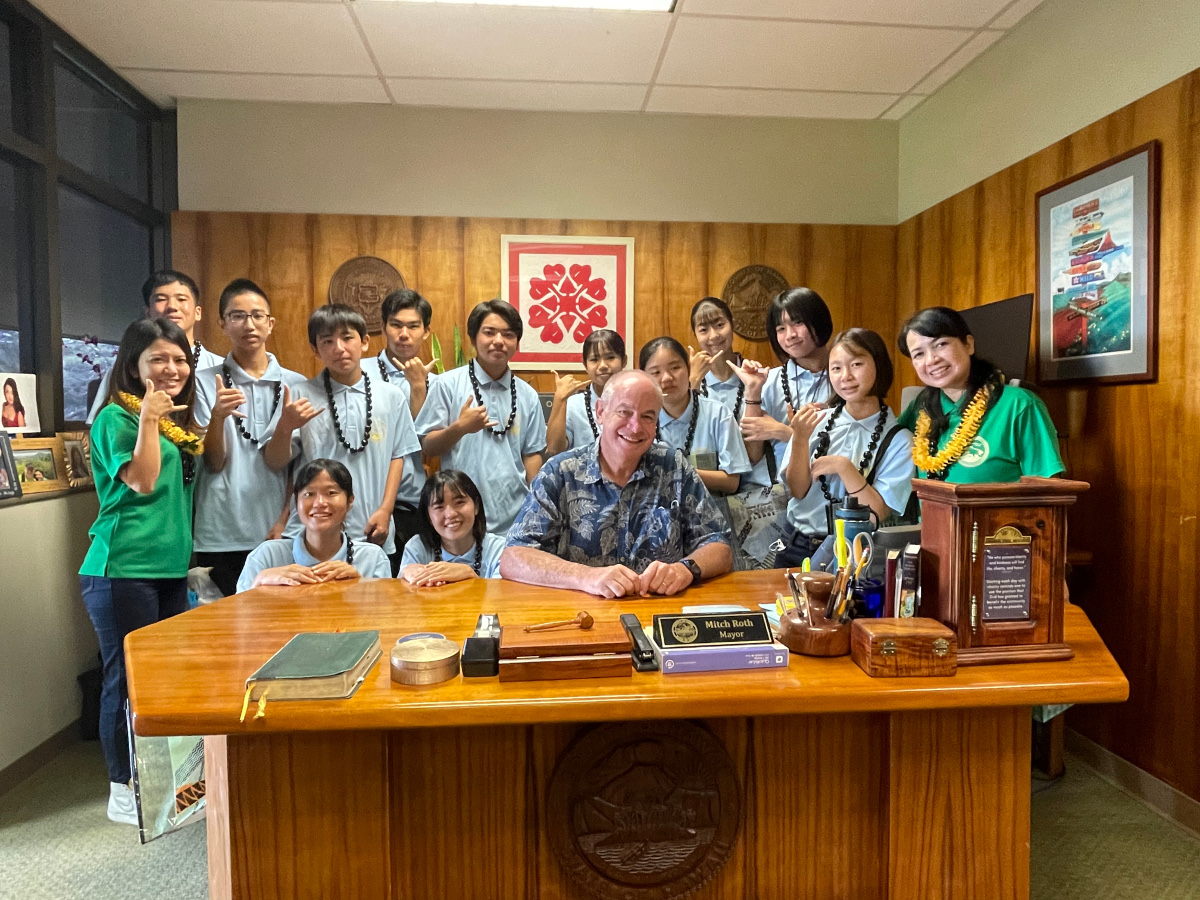 Twelve students from Nago City, Japan, returned home safely after an action-packed week on Hawaiʻi Island. The students came to the island through the County’s Sister Cities program, which aims to bolster ties between Hawaiʻi County and other cities worldwide. Students were selected from four middle schools in Nago City and came as part of an ongoing exchange to sharpen their English-speaking skills by having the opportunity to speak to native English speakers and learn about Hawaiian culture.

“We are excited to have had the opportunity to join Hui Okinawa in welcoming such eager learners from Nago City,” said Mayor Mitch Roth. “It’s always great to share our island with guests, and it’s even better when they’re students who show a genuine interest in our rich host culture. Mahalo to all the individuals and organizations who came together to help make this exchange between the County and our Sister City a great success.”

The program was created in partnership with Hui Okinawa, which has helped organize these student visits since 2012, including finding the families to host them. This year, six local families in Hilo hosted the students for a homestay experience for a weekend. During their stay, the students participated in a variety of activities, including interacting with students from Hilo High School and West Hawaiʻi Explorations Academy middle school, visiting ʻImiloa, Hawaiʻi Volcanoes National Park, Parker Ranch, Amy Greenwell Botanical Garden, Huliheʻe Palace and coffee picking at UCC farm.

“Hui Okinawa has supported this Nago Study abroad program since its inception in 2012 and appreciates all those that coordinated the program, including Hawaii Community College, Tours by Charlie, and now the County of Hawaii,” said Robert Kaneshiro, President of Hui Okinawa. “We also would like to thank the many host families, teachers, volunteers, and organizations that supported Nago’s program.”

In addition, they learned the basics of hula dancing with Kumu Keala Ching and got treated to a canoe paddling activity organized by the paddling clubs in Kona. The Kona Okinawa Kenjenkai also served them dinner in Kona, and the Japanese Cultural Center of Kona hosted a farewell dinner for the group on Saturday, August 27. The group returned to Japan yesterday, August 28.