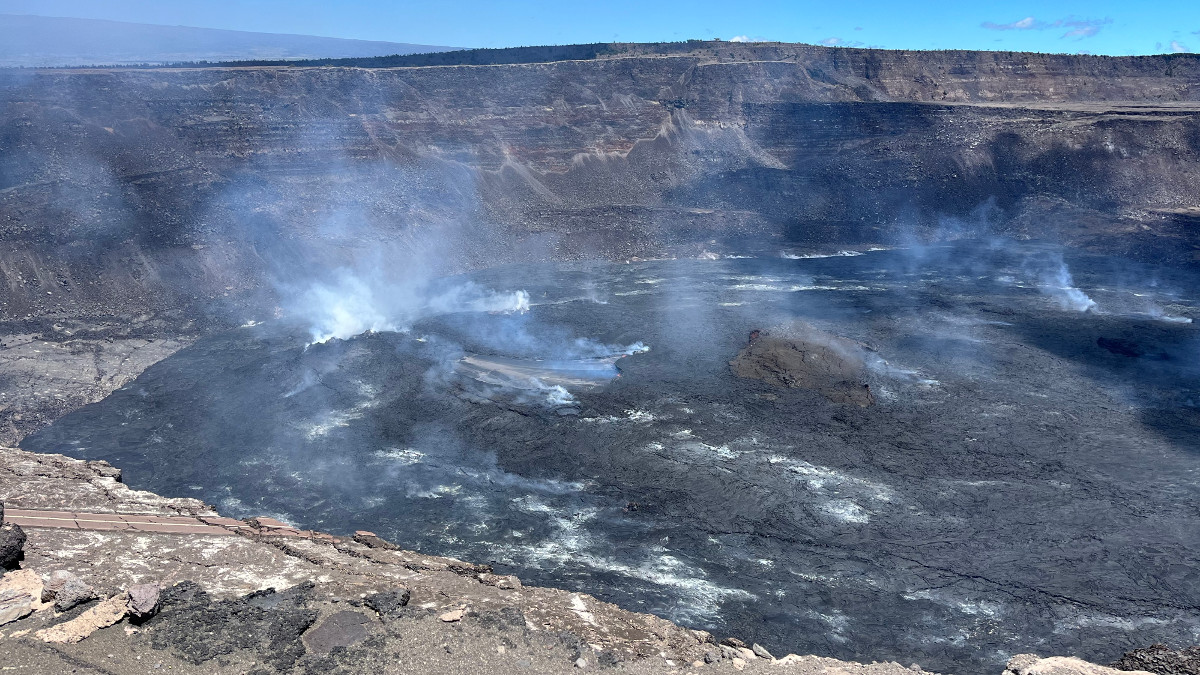 "A view of the eruption in Halema‘uma‘u at the summit of Kīlauea, taken on September 2, 2022, by HVO geologists on the south rim of the crater. Nice weather allowed for clear views of the active lava lake, which is in approximately the center of the image. The Uēkahuna Bluff is visible in the background on the opposite rim of the crater, and portions of Crater Rim Drive, which collapsed into the crater in 2018, are visible in the lower left portion of the image." (USGS photo by K. Mulliken)

HAWAIʻI VOLCANOES NATIONAL PARK - Scientists noted on Sunday that a lava outbreak occurred along the northwestern crater floor margin, and all recent eruptive activity has been confined to Halemaʻumaʻu crater. 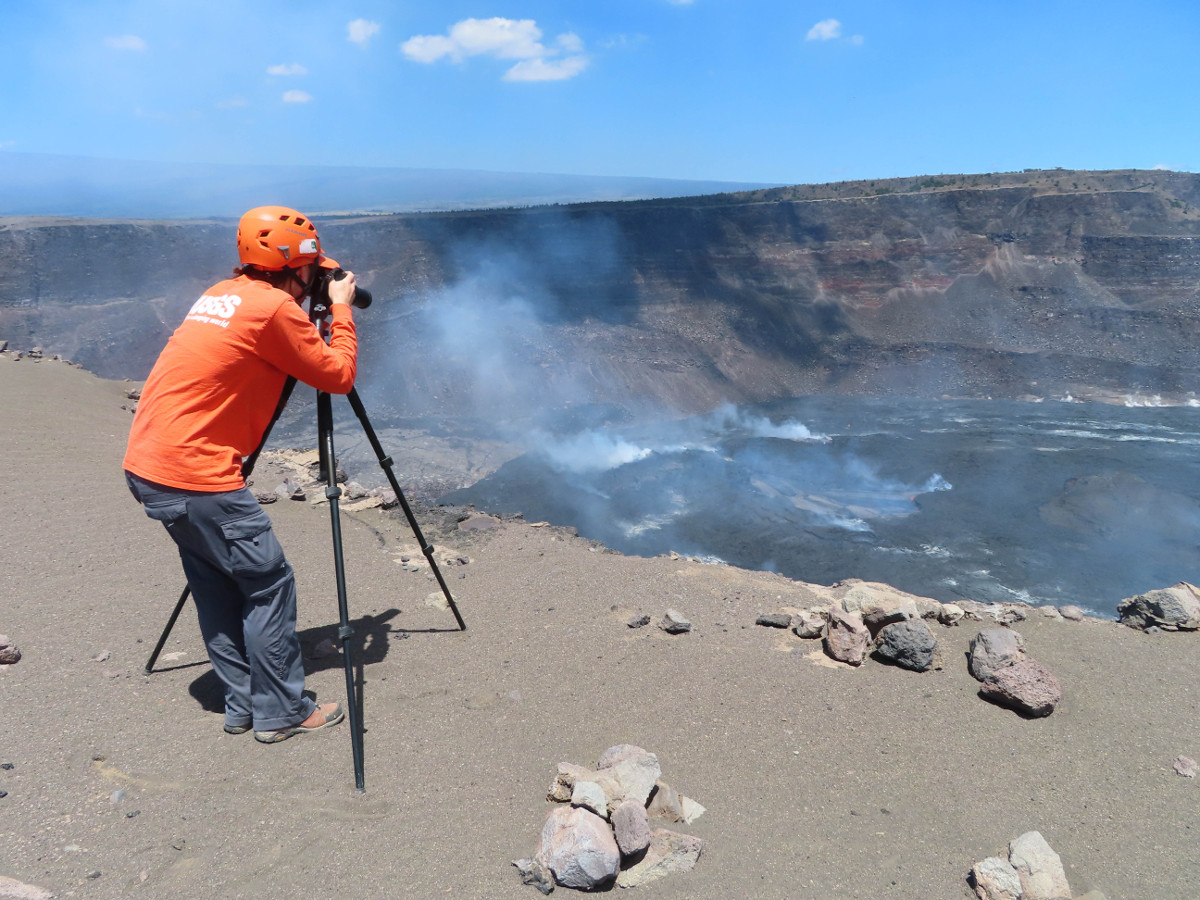 “An HVO geologist uses a telephoto camera lens to document Kīlauea’s summit eruption from the south rim of Halema‘uma‘u on September 2, 2022. The slope of Mauna Loa’s Northeast Rift Zone is visible in the background of the left side of the image, whereas the summit of Kīlauea, at Uēkahuna Bluff, is visible in the background of the right side of the image.” (USGS image by J. Chang) 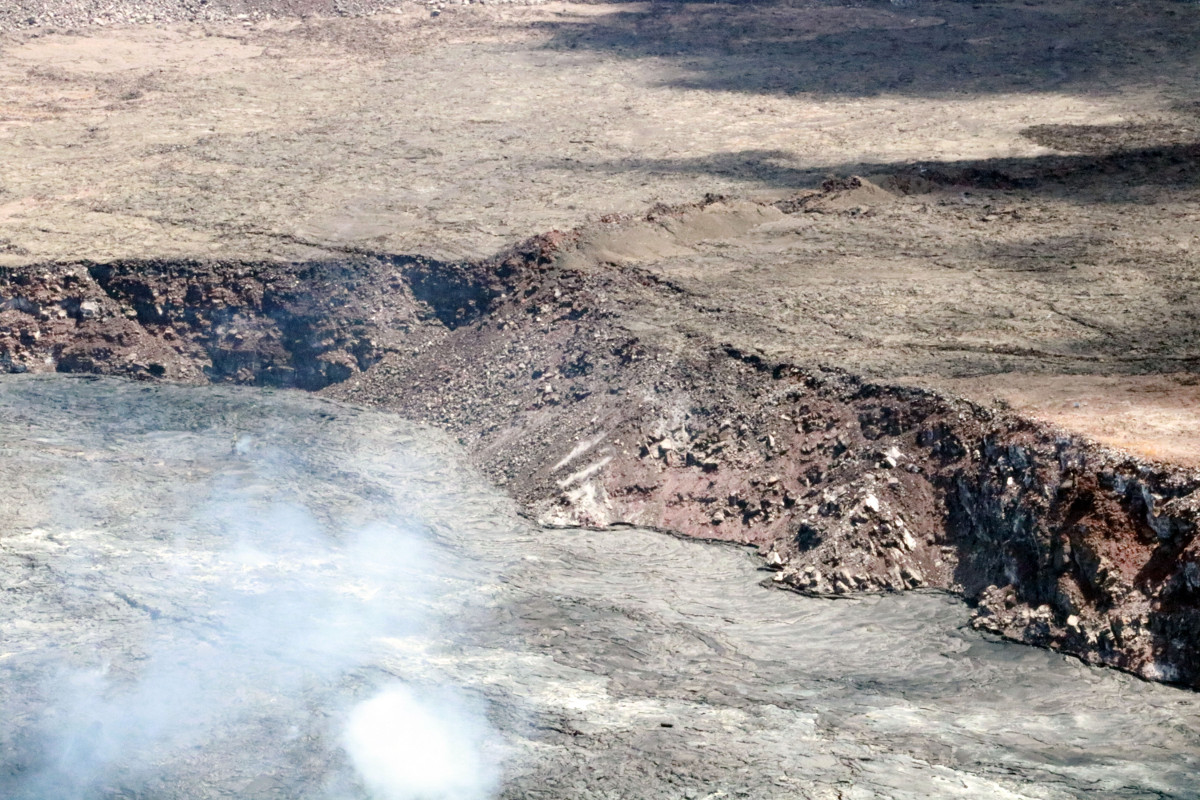 “A telephoto view of the eastern end of Halema‘uma‘u crater floor, where lava flows erupted over the past year intersect the crater wall. The fissure that erupted in 1982 on Kīlauea caldera floor is visible as a ridge-like feature about 130 feet (40 meters) above these lava flows.” (USGS image by K. Mulliken)

From the USGS Hawaiian Volcano Observatory on Sunday:

Halemaʻumaʻu Lava Lake Observations: Eruption of lava from the western vent into the active lava lake and onto the crater floor continued over the past 24 hours. The active part of the lava lake showed continuous surface activity. An outbreak occurred along the northwestern crater floor margin. It started around 7:00 pm and it is still active this morning. Overflight measurements from August 16, 2022, indicated that the crater floor had seen a total rise of about 137 meters (449 feet), and that 104 million cubic meters (27.5 billion gallons) of lava had been effused since the beginning of this eruption on September 29, 2021. 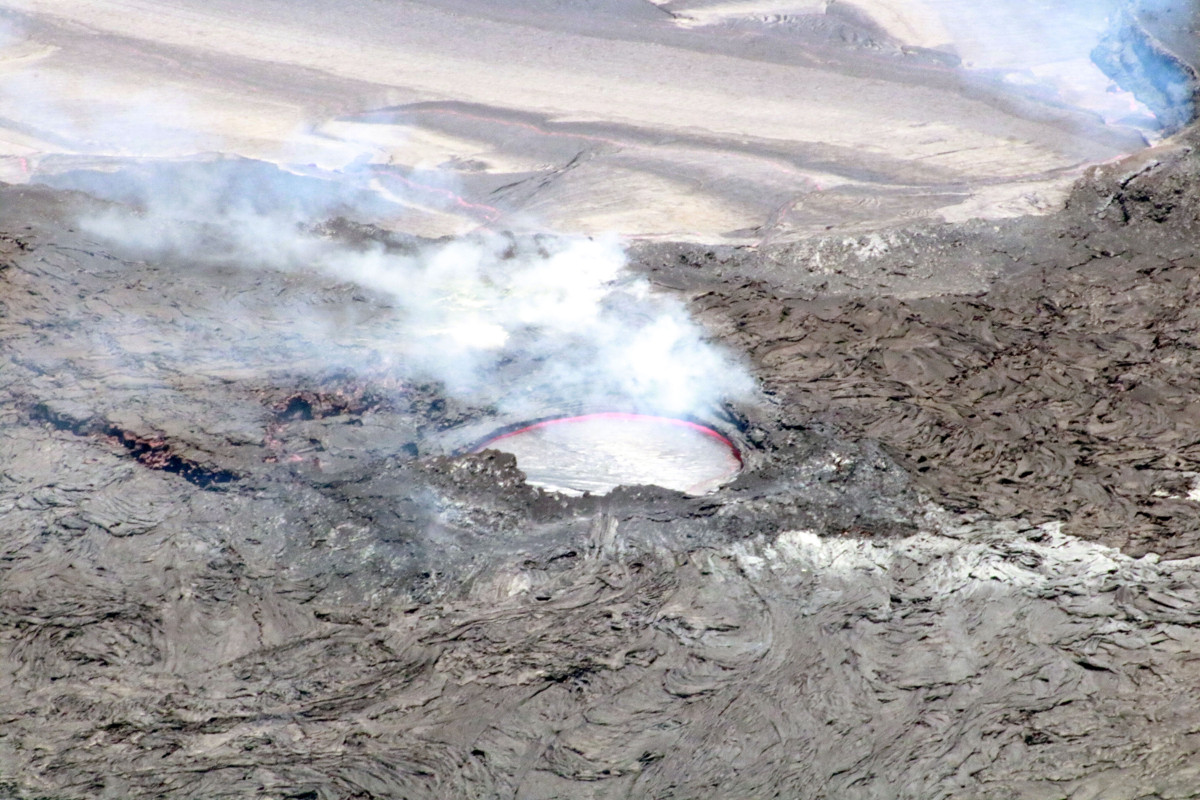 “South of the active lava lake within Halema‘uma‘u, there is a much smaller lava pond. Lava flows that appear darker grey and shiny around this feature attest to recent overflows. Telephoto image taken from the south rim of Halema‘uma‘u on September 2, 2022.” (USGS image by K. Mulliken)