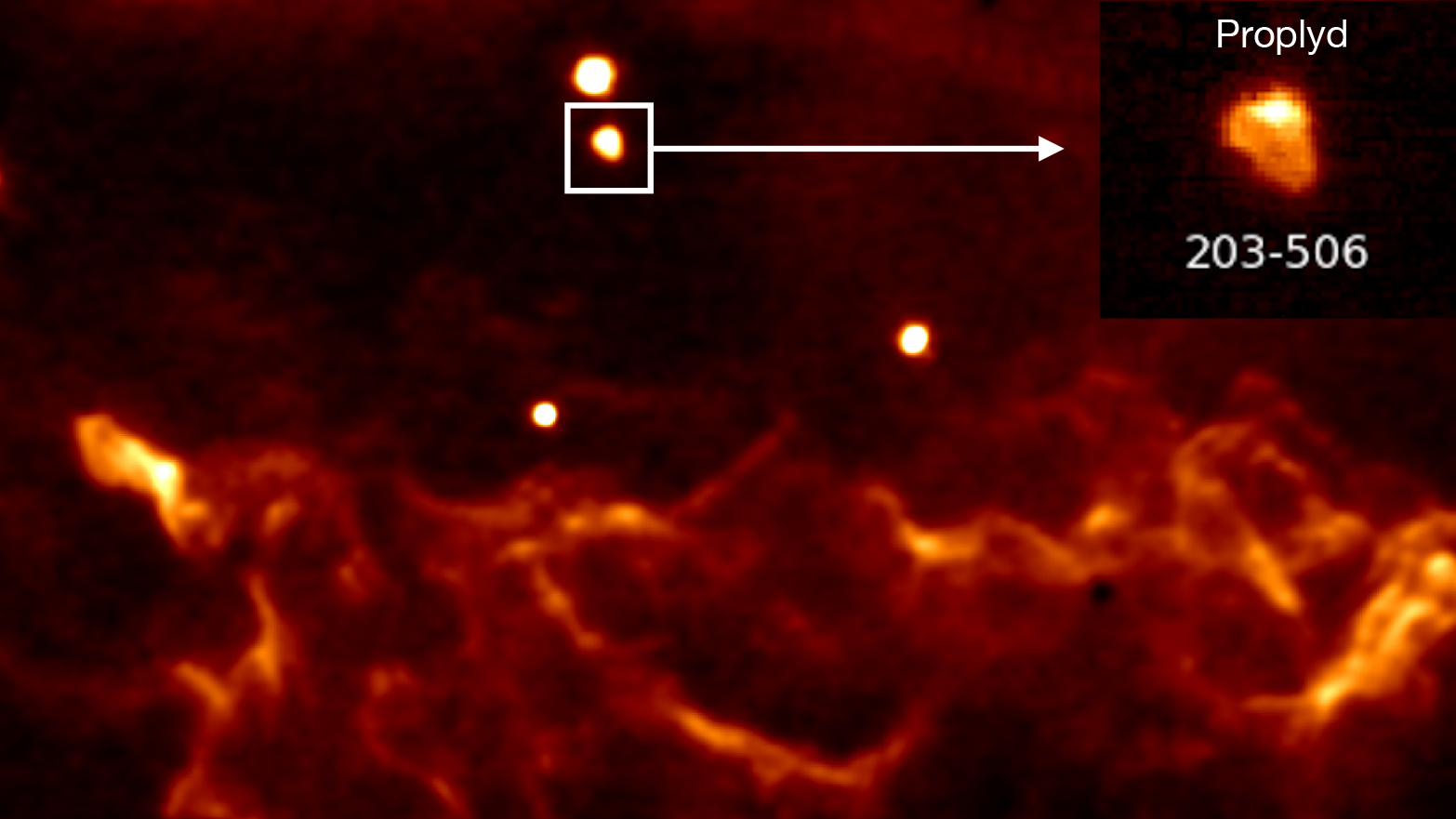 MAUNAKEA, Hawaiʻi - The W. M. Keck Observatory and a James Webb Space Telescope team worked to capture the image of the Orion Bar within the Orion Nebula.

Astronomers using W. M. Keck Observatory on Hawaiʻi Island have captured from Maunakea the most detailed and complete images ever taken of the zone where the famed constellation of Orion gets zapped with ultraviolet (UV) radiation from massive young stars.

This irradiated neutral zone, called a Photo-Dissociation Region (PDR), is located in the Orion Bar within the Orion Nebula, an active star-forming site found in the middle of the “sword” hanging from Orion’s “belt.” When viewed with the naked eye, the nebula is often mistaken for one of the stars in the constellation; when viewed with a telescope, the photogenic nebula is seen as a glowing gaseous stellar nursery located 1,350 light-years from Earth.

“It was thrilling being the first, together with my colleagues of the ‘PDRs4All’ James Webb Space Telescope team, to see the sharpest images of the Orion Bar ever taken in the near infrared,” said Carlos Alvarez, a staff astronomer at Keck Observatory and co-author of the study.

Because the Orion Nebula is the closest massive star formation region to us and may be similar to the environment in which our solar system was born, studying its PDR – the area that’s heated by starlight – is an ideal place to find clues as to how stars and planets are created.

“Observing photo-dissociation regions is like looking into our past,” said Emilie Habart, an Institut d’Astrophysique Spatiale associate professor at Paris-Saclay University and lead author of a paper on this study. “These regions are important because they allow us to understand how young stars influence the gas and dust cloud they are born in, particularly sites where stars, like the Sun, form.”

The study has been accepted for publication in the journal Astronomy & Astrophysics, and is available in preprint format on arXiv.org.

These pathfinder observations have assisted in the planning of the James Webb Space Telescope (JWST) Early Release Science (ERS) program PDRs4All: Radiative feedback of massive stars (ID1288). The PDRs4All program is described in a Publications of the Astronomical Society of the Pacific paper by Berné, Habart, Peeters et al. (2022).

To probe Orion’s PDR, the PDRs4All team used Keck Observatory’s second generation Near-Infrared Camera (NIRC2) in combination with the Keck II telescope’s adaptive optics system. They successfully imaged the region with such extreme detail, the researchers were able to spatially resolve and distinguish the Orion Bar’s different substructures – such as ridges, filaments, globules, and proplyds (externally illuminated photoevaporating disks around young stars) – that formed as starlight blasted and sculpted the nebula’s mixture of gas and dust.

Massive young stars emit large quantities of UV radiation that affect the physics and chemistry of their local environment; how this surge of energy the stars inject into their native cloud impacts and shapes star formation is not yet well known.

The new Keck Observatory images of the Orion Bar will help deepen astronomers’ understanding of this process because they reveal in detail where gas in its PDR changes from hot ionized gas, to warm atomic, to cold molecular gas. Mapping this conversion is important because the dense, cold molecular gas is the fuel needed for star formation.

These new observations from Keck Observatory have informed plans for JWST observations of the Orion Bar, which is among JWST’s targets and is expected to be observed in the coming weeks.

“One of the most exciting aspects of this work is seeing Keck play a fundamental role in the JWST era,” said Alvarez. “JWST will be able to dive deeper into the Orion Bar and other PDRs, and Keck will be instrumental in validating JWST’s early science results. Together, the two telescopes can provide unique insight into the characteristics of the gas and chemical composition of PDRs, which will help us understand the nature of these fascinating star-blasted regions.”