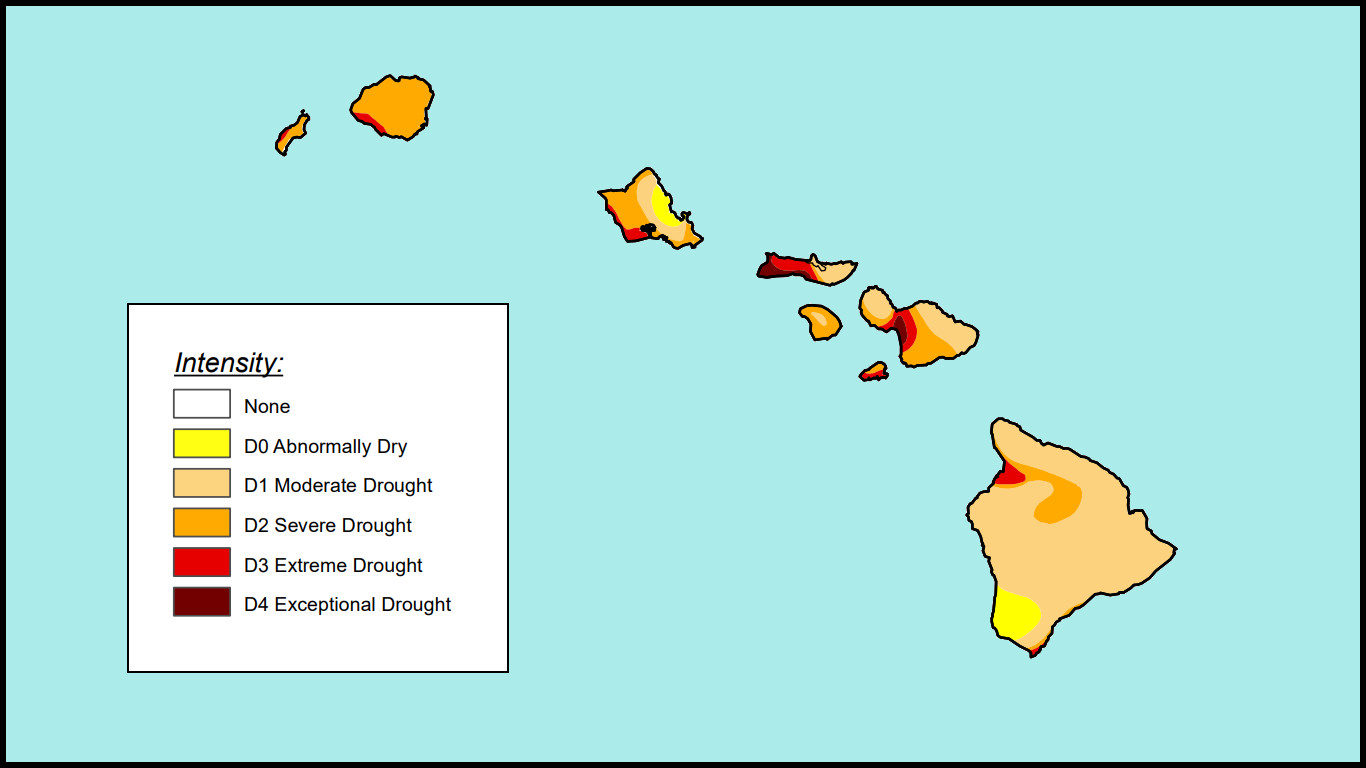 Nearly All Of Hawaiʻi Under Drought Conditions

HAWAIʻI ISLAND - The windward side of the Big Island has had a precipitation shortfall, and extreme drought has been observed in the Kawaihae area.

The National Weather Service had this to say about the impacts on Hawaiʻi island:

Low August rainfall has started to degrade pastures even along the normally wetter windward slopes. Water levels in stock ponds in the Hamakua area were dropping. The large Leilani brushfire that started in the Pohakuloa region of the island was finally contained in mid-August after burning close to 20,000 acres over several days. Earlier this summer, ranchers operating along the lower slopes of the Kau District reported very poor pasture conditions. Satellite-based vegetation health data indicated degraded conditions across most of the South Kohala District and in the North Kona District to the north of Hualalai volcano. The satellite data also showed poor conditions on the slopes of Mauna Kea along the Keanakolu Road.

The came forecasters also offered this local drought outlook for the entire state:

The Long-Lead Hawaiian Islands Outlook issued on August 18, 2022 by the NOAA Climate Prediction Center did not show probabilities favoring above or below normal temperatures into the fall. Probabilities continued to favor below normal rainfall into the middle of fall. Longer range projections favor above average rainfall at the end of 2022 and into early 2023. The next long- lead outlook will be issued by the Climate Prediction Center on September 15.

Based on the rainfall outlook, and because most of the state is still within the dry season, the current drought conditions are expected to intensify and increase in coverage over the next several weeks, especially in the leeward areas of the state.