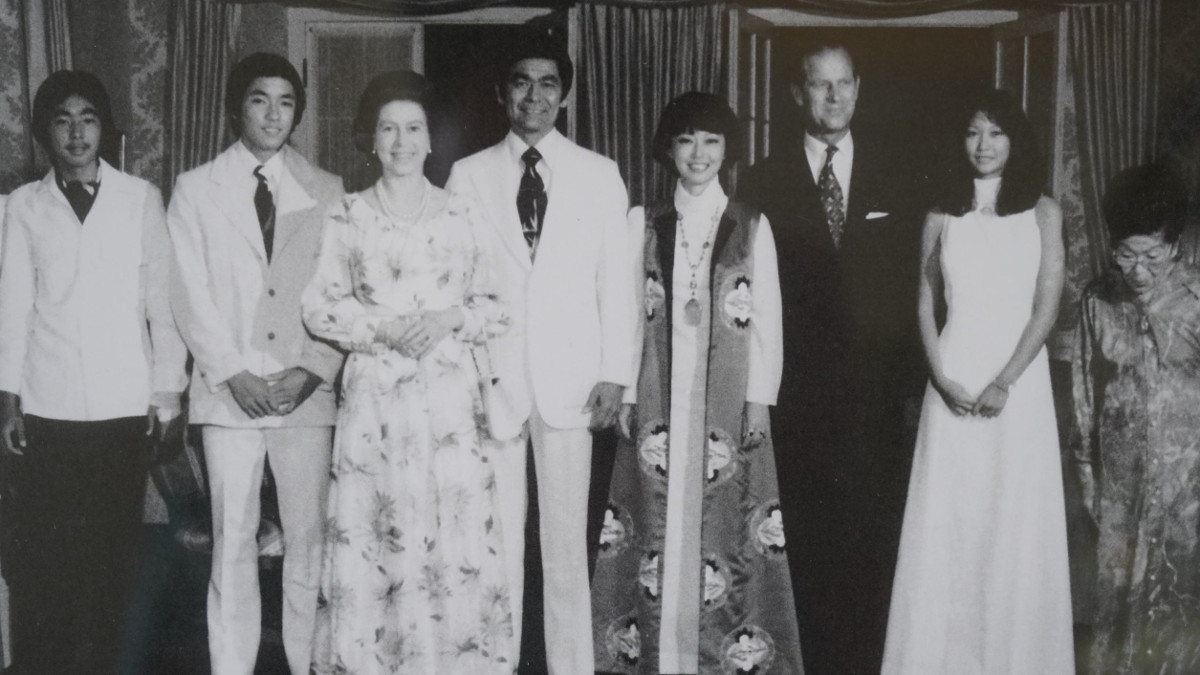 HAWAIʻI - Governor David Ige orders flags be flown at half-staff, and shares a photo from the Queen's 1975 visit to Hawaiʻi.

Gov. David Ige has ordered that the United States flag and the Hawaiʻi state flag be flown at half-staff at the Hawaiʻi State Capitol and upon all state offices and agencies as well as the Hawaiʻi National Guard in the State of Hawaiʻi immediately until sunset on the day of interment as a mark of respect for Queen Elizabeth II.

“The State of Hawaiʻi joins the nation and the rest of the world in mourning the loss of Queen Elizabeth II. Many years ago, Hawaiʻi hosted the Queen at Washington Place. Her graciousness and her leadership will always be remembered,” said Gov. Ige.

From the Proclamation on the Death of Queen Elizabeth II by United States President Joe Biden:

Her Majesty Queen Elizabeth II was more than a monarch. She defined an era.

In a world of constant change, she was a steadying presence and a source of comfort and pride for generations of Britons, including many who have never known their country without her. Queen Elizabeth II led always with grace, an unwavering commitment to duty, and the incomparable power of her example. She was a stateswoman of unmatched dignity and constancy who deepened the bedrock Alliance between the United Kingdom and the United States. She helped make our relationship special. The seven decades of her history-making reign bore witness to an age of unprecedented human advancement and the forward march of human dignity. Her legacy will loom large in the pages of British history, and in the story of our world.

IN WITNESS WHEREOF, I have hereunto set my hand this eighth day of September, in the year of our Lord two thousand twenty-two, and of the Independence of the United States of America the two hundred and forty-seventh.