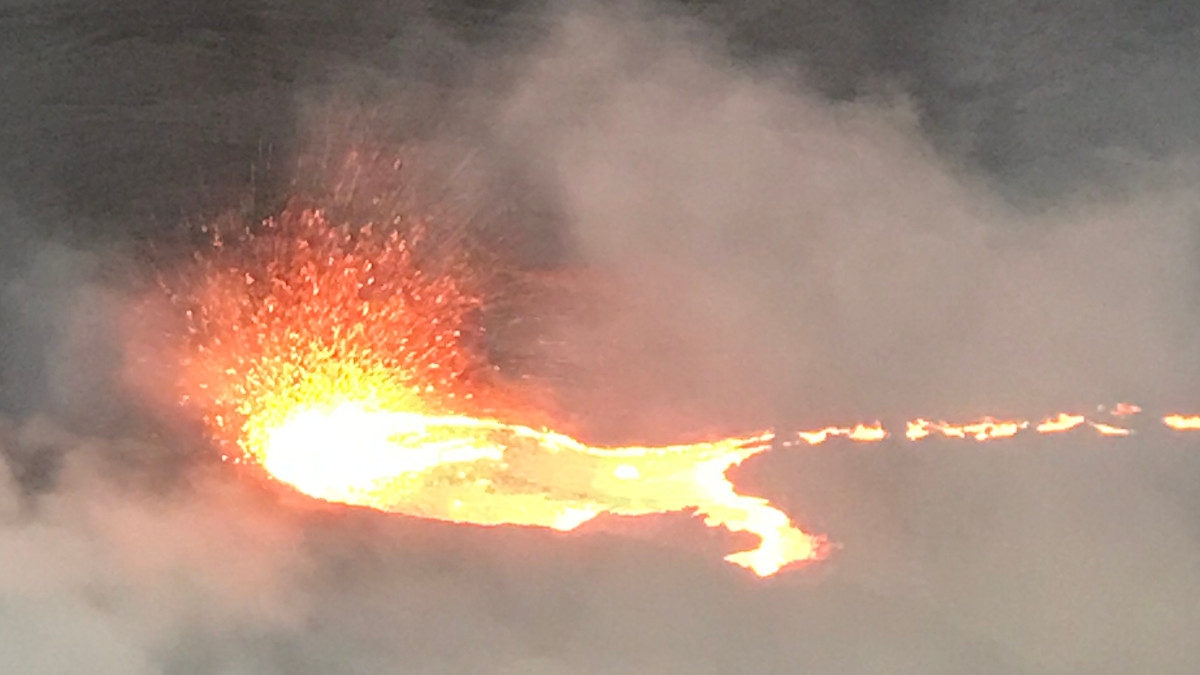 USGS: "Field crews monitoring Kīlauea's summit lava lake in Halema‘uma‘u the morning of September 9, 2022, observed sloshing on the northeast margin of the lake that produced spatter bursts pictured in this image. The spatter clots were thrown up to 10 m (33 ft) into the air before landing back on the lava lake crust." (USGS image by C. Parcheta, cropped for display) 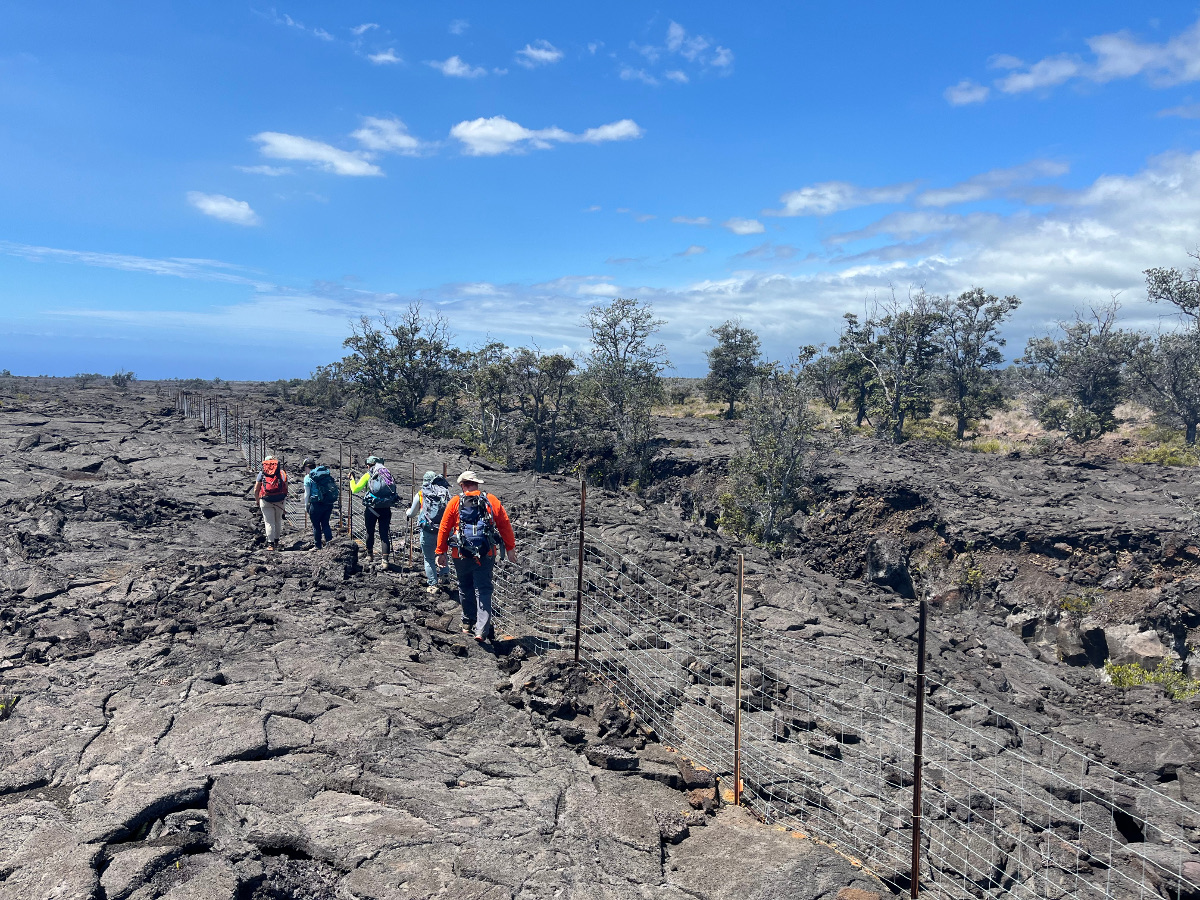 USGS: “Hawaiian Volcano Observatory staff and University of Hawai‘i at Mānoa collaborators walk on lava flows from 1823 along the Hawai‘i Volcanoes National Park boundary fence as they hike to collect seismic nodes that have been deployed in Kīlauea’s Southwest Rift Zone for the past two months. With permission from the National Park and landowners, the nodes were deployed as part of a project funded by the Additional Supplemental Appropriations for Disaster Relief Act of 2019 (H.R. 2157) in an effort to better understand the deep earthquake activity beneath the Pāhala region. On the far side of the fence, the “Great Crack” is visible; this feature parallels Kīlauea’s Southwest Rift Zone and in 1823, lava erupted from the lower 6 miles (10 km) of the crack.” (USGS image by K. Mulliken.)

From the USGS HVO update posted on Friday:

Halemaʻumaʻu Lava Lake Observations: Eruption of lava from the western vent into the active lava lake and onto the crater floor continued over the past 24 hours. The active part of the lava lake showed continuous surface activity. Overflight measurements from August 16, 2022, indicated that the crater floor had seen a total rise of about 137 meters (449 feet), and that 104 million cubic meters (27.5 billion gallons) of lava had been effused since the beginning of this eruption on September 29, 2021. 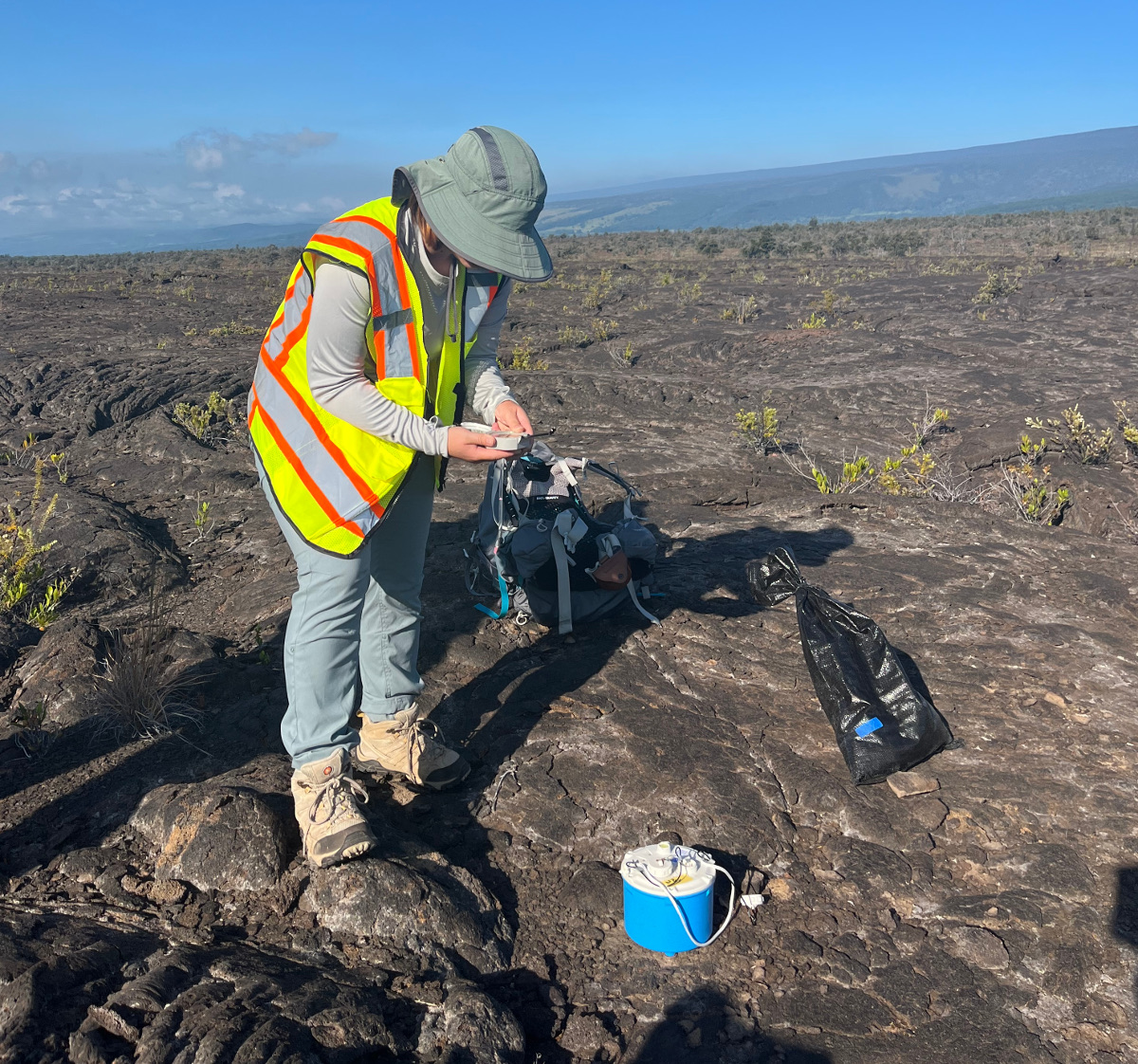 A University of Hawai‘i at Mānoa graduate student uses a compass to check the orientation of a seismic node (blue) that was deployed on Kīlauea’s Southwest Rift Zone over the past two months. Seismic nodes are small and light seismometers that measure ground shaking at the location where they are placed. HVO scientists will use the data collected by the network of over 80 seismic nodes to create images of the structure of the Earth beneath Pāhala from as great as 40–50 km (25–31 miles) below sea level all the way to the surface. (USGS image by K. Mulliken, cropped for display)