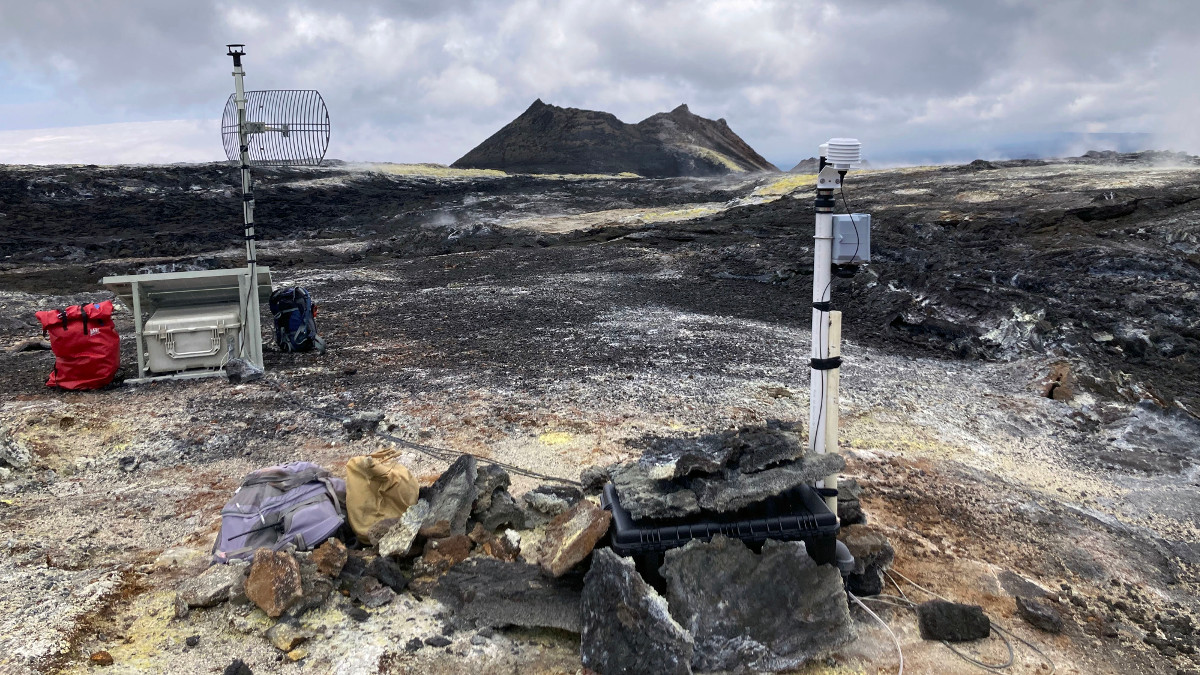 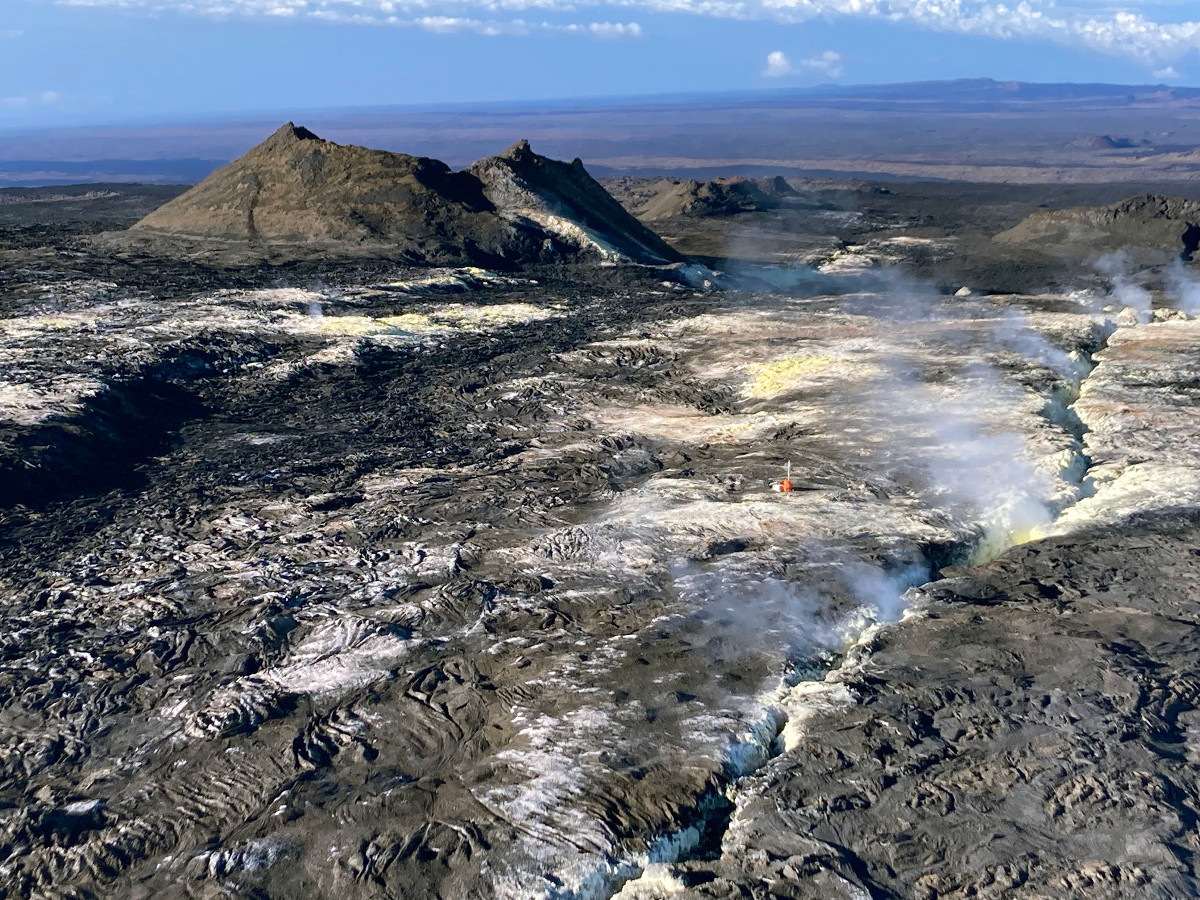 USGS: “Field staff (in orange) and the gas monitoring station are visible right of center in this aerial view, which also shows the 1950 fissure and Sulfur Cone. Sulfur Cone is at an elevation of 3,430 meters (11,240 feet) above sea level.” (USGS image by T. Elias) 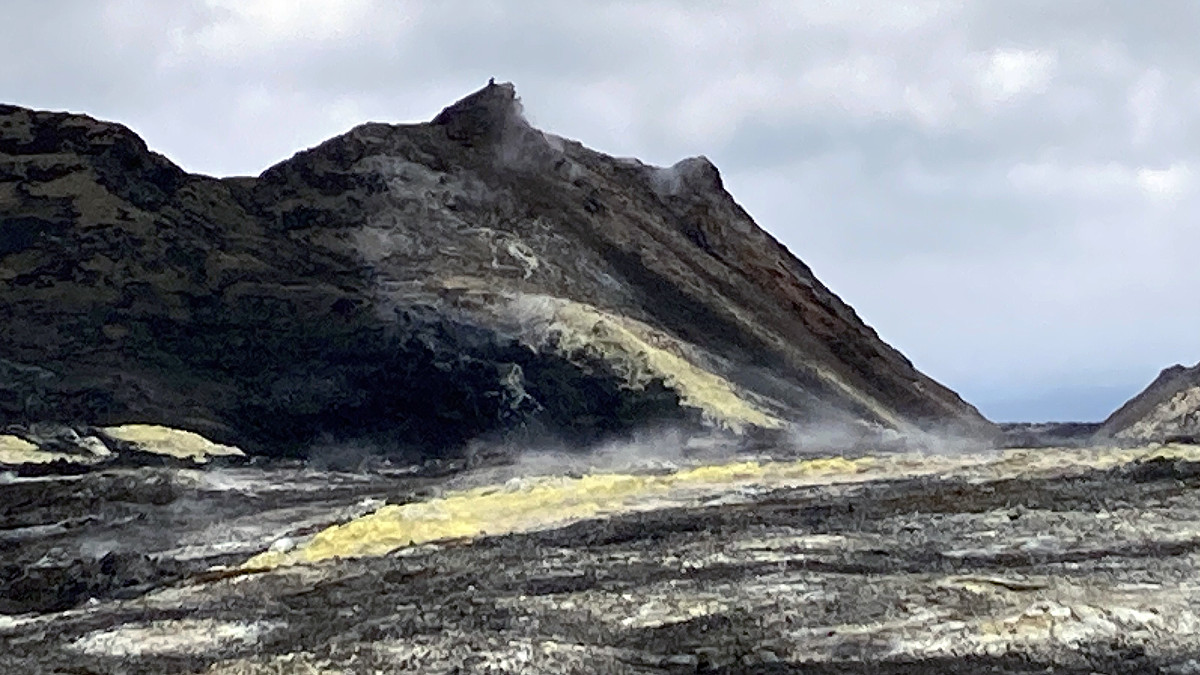 USGS: “Sulphur Cone, high on the Southwest Rift Zone of Mauna Loa, was blanketed by sulfur crystals when it was named in 1921. A subsequent visit noted that molten sulfur had flowed down the flank of the cinder and spatter cone. The remnants of that yellow flow can be seen here on the flank of the cone. Heating along the fissure of the voluminous 1950 eruption of Mauna Loa may have melted the accumulated sulfur around the Cone creating molten flows.” (USGS image by T. Elias) 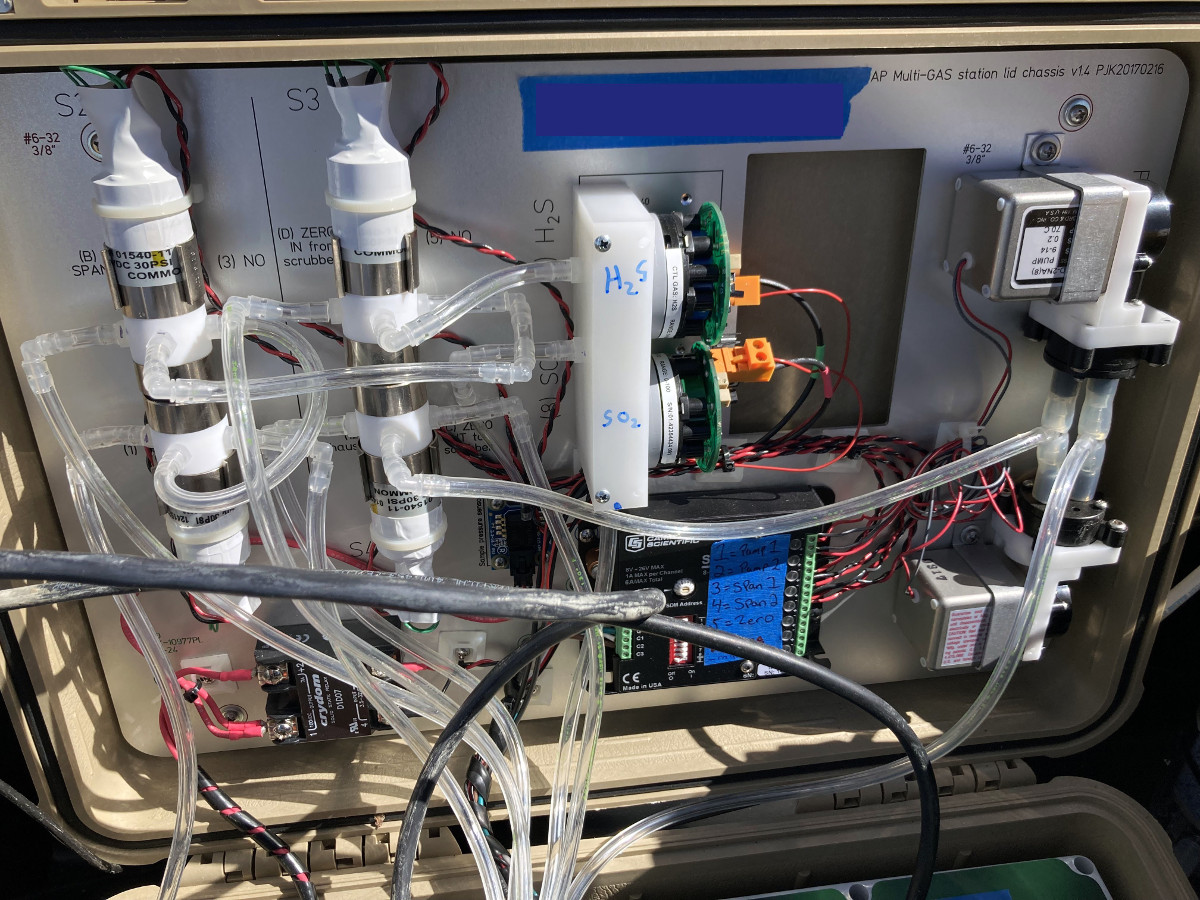 USGS: “A photograph showing the inside of the Hawaiian Volcano Observatory (HVO) gas monitoring site at Sulphur Cone, high on the flanks of the Southwest Rift Zone of Mauna Loa. This MultiGas station is one of several that HVO has deployed on the Island of Hawai‘i. The stations measure volcanic gases (sulfur dioxide, hydrogen sulfide, carbon dioxide and water vapor), fumarole temperature, and meteorological parameters. The data are telemetered back to HVO, where scientists can view it remotely.” (USGS image by T. Elias) 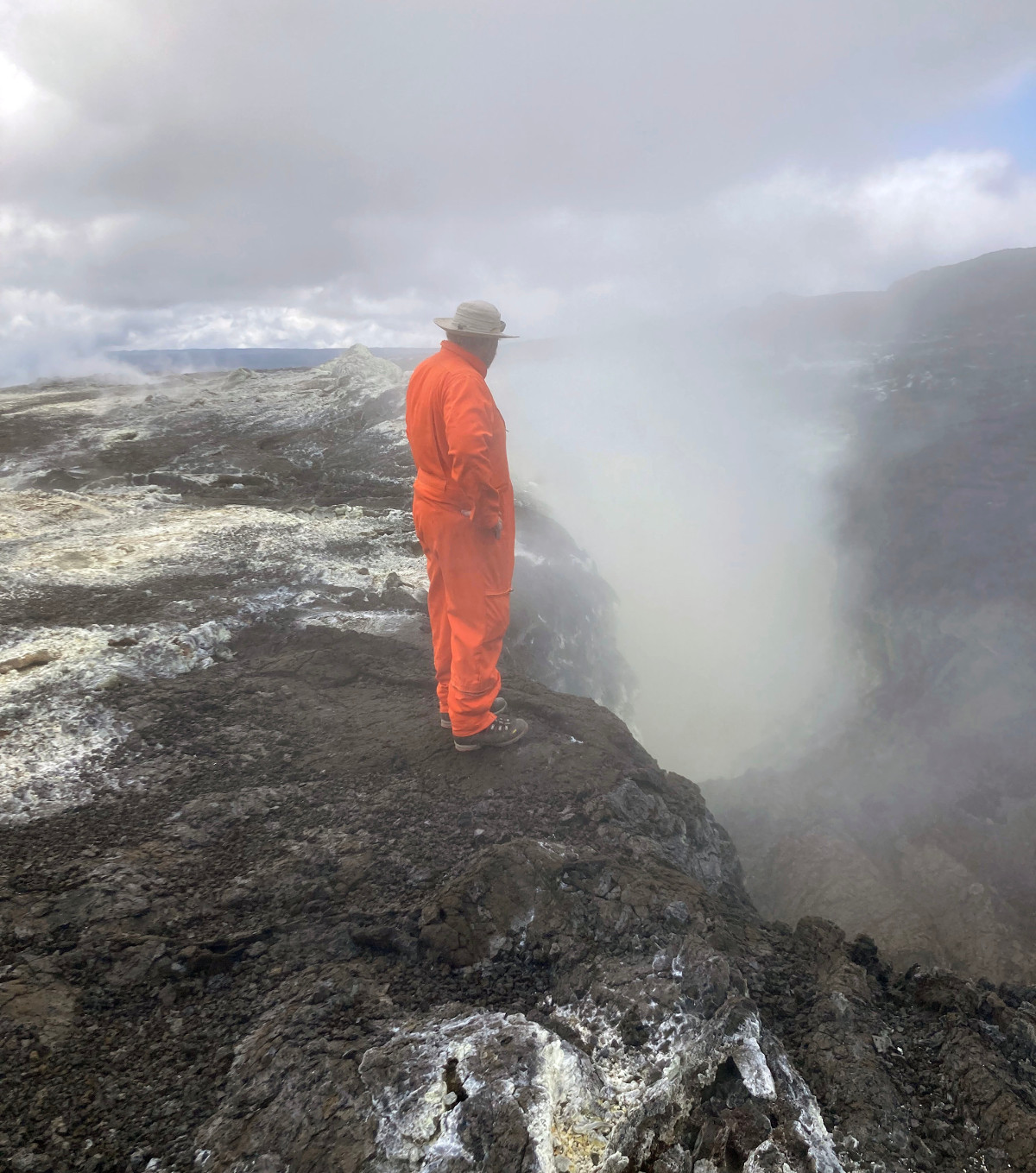 USGS: “A Hawaiian Volcano Observatory scientist peers into the fissure that erupted in 1950 from the Southwest Rift Zone of Mauna Loa near Sulphur Cone. Water vapor and sulfur gases are still emitted from this fissure and surrounding area, which is at an elevation of 3,430 meters (11,240 feet) above sea level. The contrasting colors set against a backdrop of steam and fume make for a dramatic and beautiful scene.” (USGS image by T. Elias)