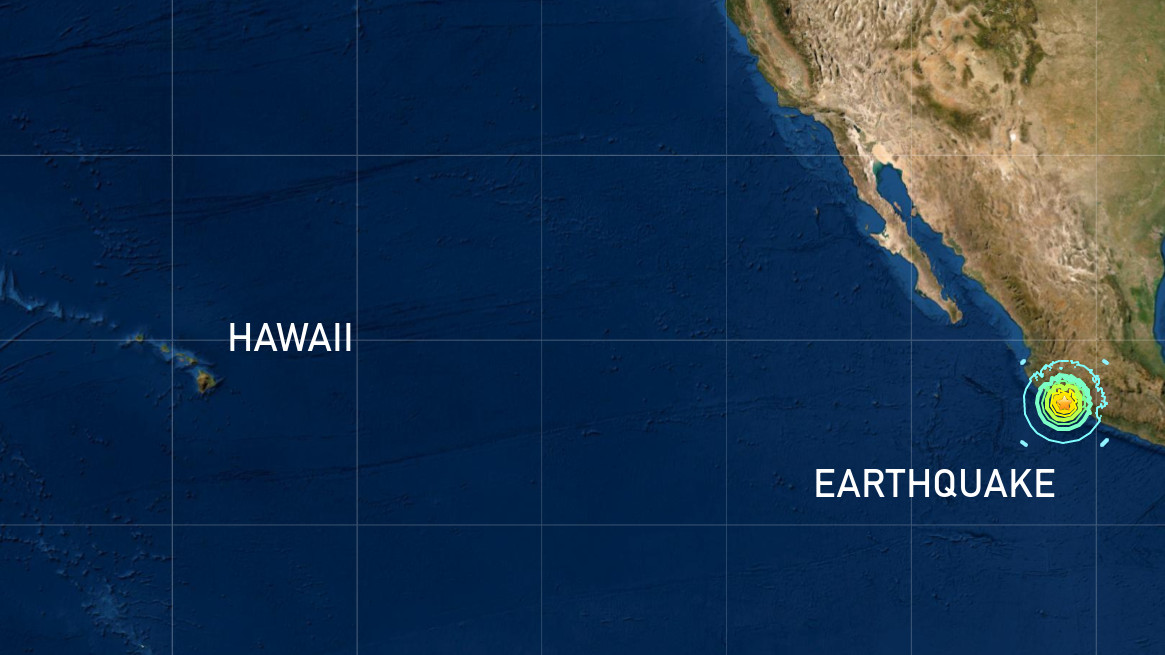 HONOLULU - As of 8 a.m. on Monday, a tsunami threat exists for parts of the Pacific located closer to the earthquake near Aquila, Mexico.