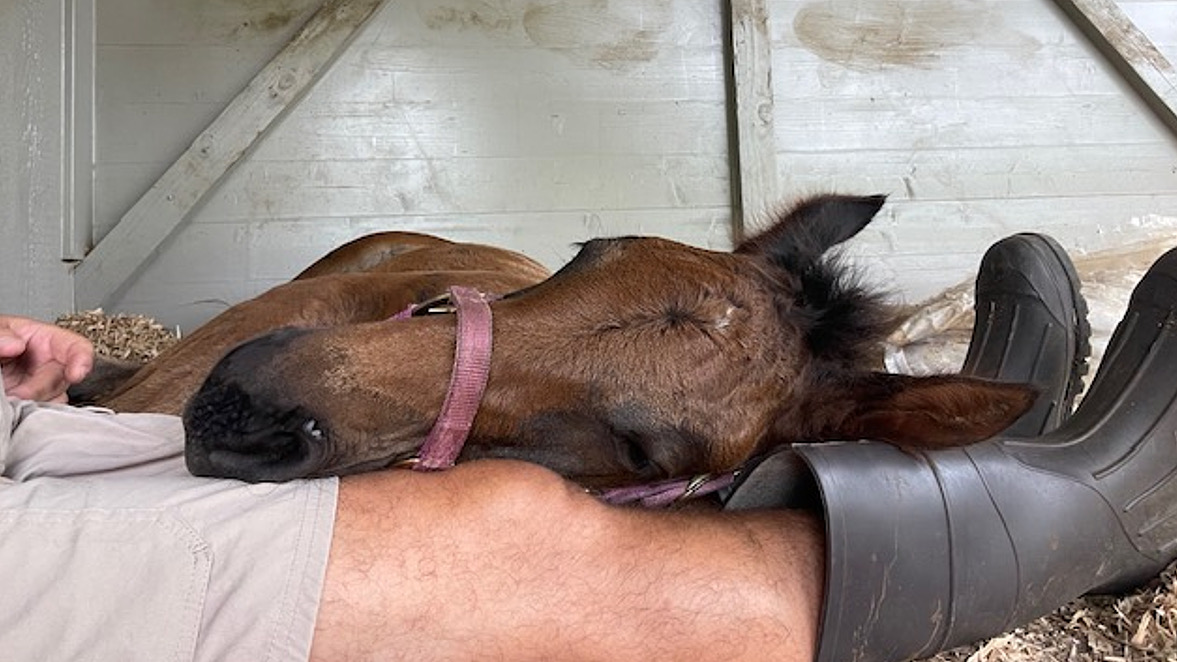 Photo of surviving foal, Uhani, said to be "highly stressed and doesn’t want to sit or sleep - she is not interested in eating or drinking and remains out of sorts and confused" after the shooting death of her mother. (photo courtesy Craig Burkholder)

HONOMŪ, Hawaiʻi - Police have identified a suspect in the investigation, and have generated criminal cases in connection with the shooting incident. 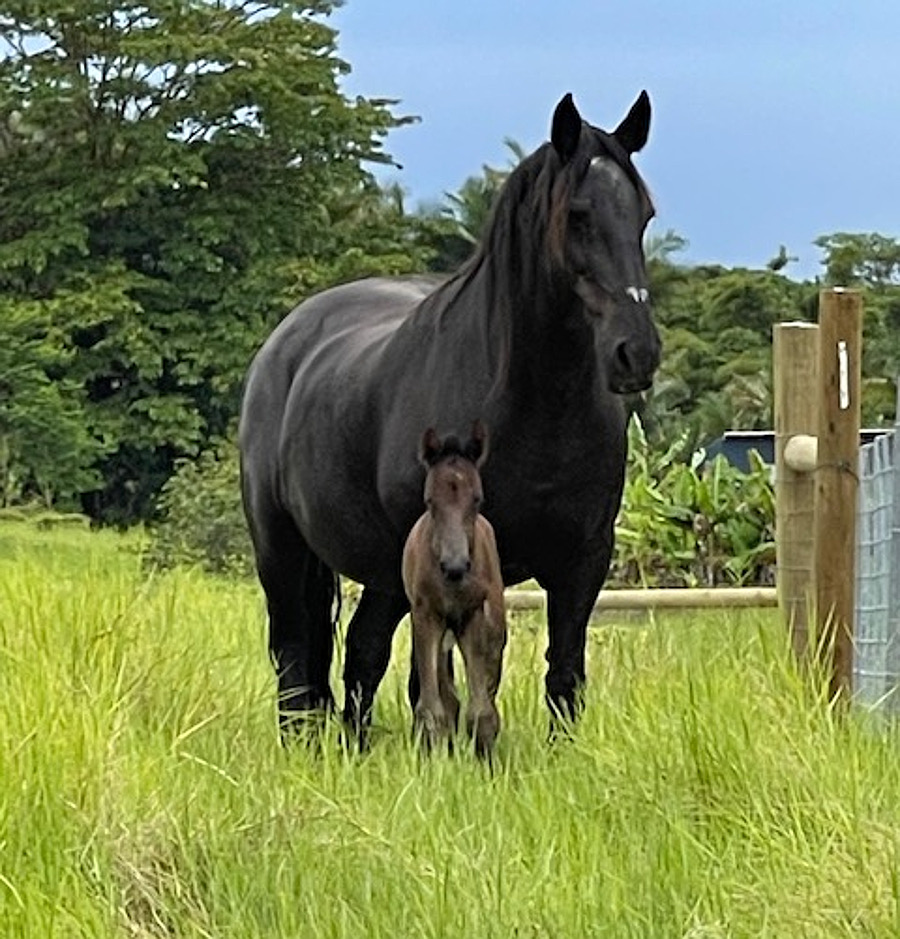 From a police news release issued on Friday:

Hawaiʻi Island police are investigating a horse that was allegedly shot and killed in the area of Akaka Falls road in Honomu on Monday, September 19, 2022.

On September 19, 2022 at 9:22 a.m., Hilo patrol officers responded to a report of a horse that had been shot and killed in the area of Akaka Falls Road in Honomu. Upon arrival officers observed a deceased horse with what is believed to have been a single gunshot wound to the animal’s torso. Through the investigation, it is believed that the animal was accidentally shot earlier in the night by hunters after it was mistaken for a feral pig.

Police have identified a suspect in the investigation and after conferring with the Hawai’i prosecutor’s office have generated criminal cases for Hunting Licenses Required, Night Hunting on Private Lands Prohibited, Cruelty to Animals in the second degree, Reckless Endangering in the second degree, and Criminal Property Damage in the first degree.

This incident is currently an ongoing investigation and once completed will be deferred to the prosecutor’s office for their review.

The Hawai’i Police Department would like to remind the public that it is illegal to hunt at night on either public or private lands and that hunting in residential neighborhoods is strictly prohibited. The safety and well being of the community is of the highest importance and violations of these laws will not be tolerated.

Anyone with information regarding this incident or who may have witnessed it is encouraged to contact the Hawai’i Police Department‘s non-emergency number at (808) 935-3311.