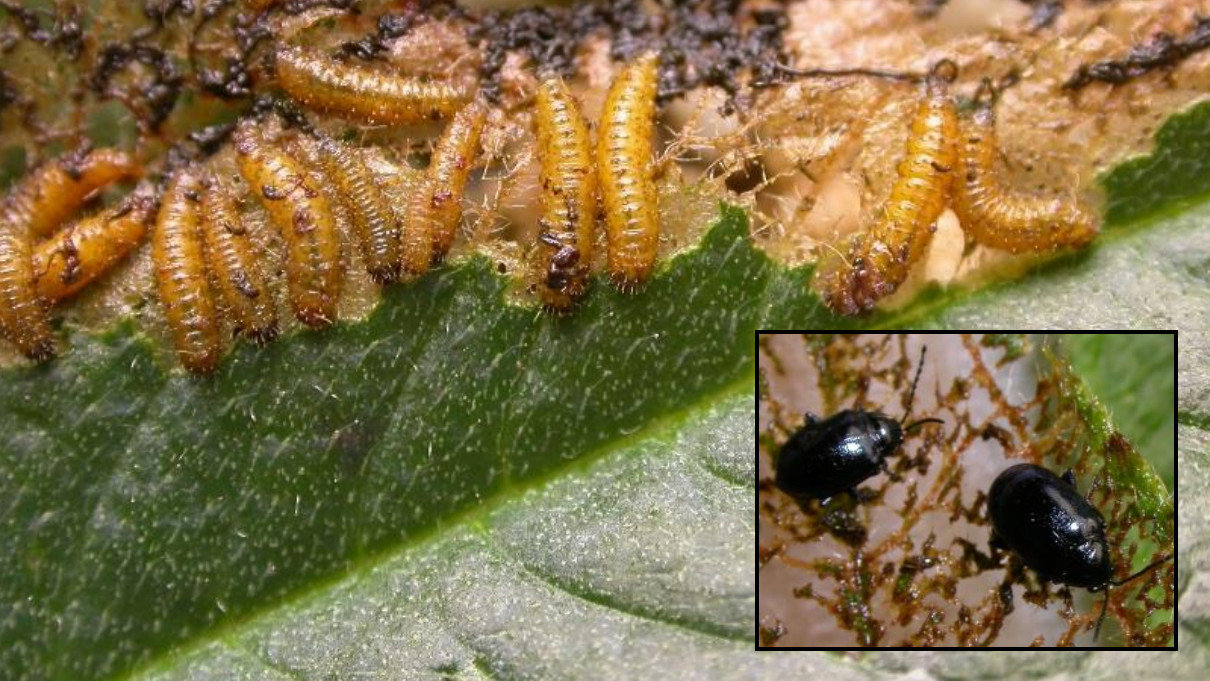 HAWAIʻI - State proposals to release a butterfly as a biological control for miconia, and a Brazilian beetle to control cane tibouchina, are examined in two environmental assessments. 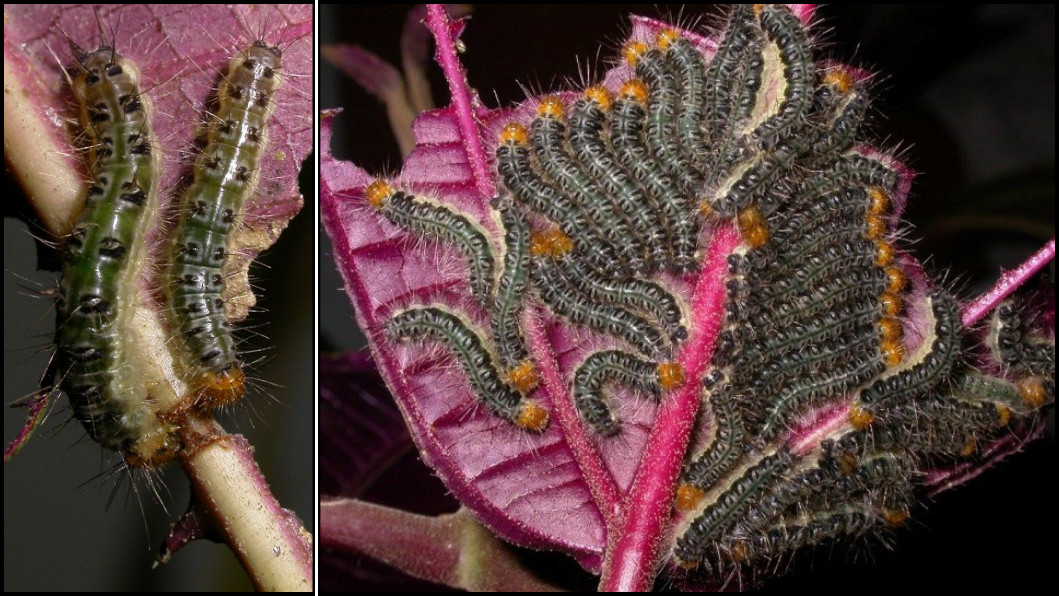 From the The Environmental Notice from the Hawaiʻi Office of Planning and Sustainable Development:

The Hawai‘i Department of Land and Natural Resources propose the field release on State lands in Hawai‘i of a butterfly with gregarious larvae, Euselasia chrysippe for biological control of miconia, Miconia calvescens. Miconia is a Hawaiʻi State noxious weed native to Central and South America. In Hawai‘i, large infestations exist on the islands of Hawaiʻi and Maui, and populations can also be found on Kauaʻi and Oʻahu. Miconia is shade tolerant, establishing in the understory of other species in mesic to wet forests. It shades and outcompetes other species, effectively forming a monoculture.

E. chrysippe is a natural herbivore of miconia in the plant’s native range in Costa Rica. E. chrysippe was found to be the most promising leaf-feeding biocontrol for miconia. Extensive testing has shown it to be host-specific to miconia and other closely related members of the melastome family, all of which are non-native weeds in Hawaiʻi. 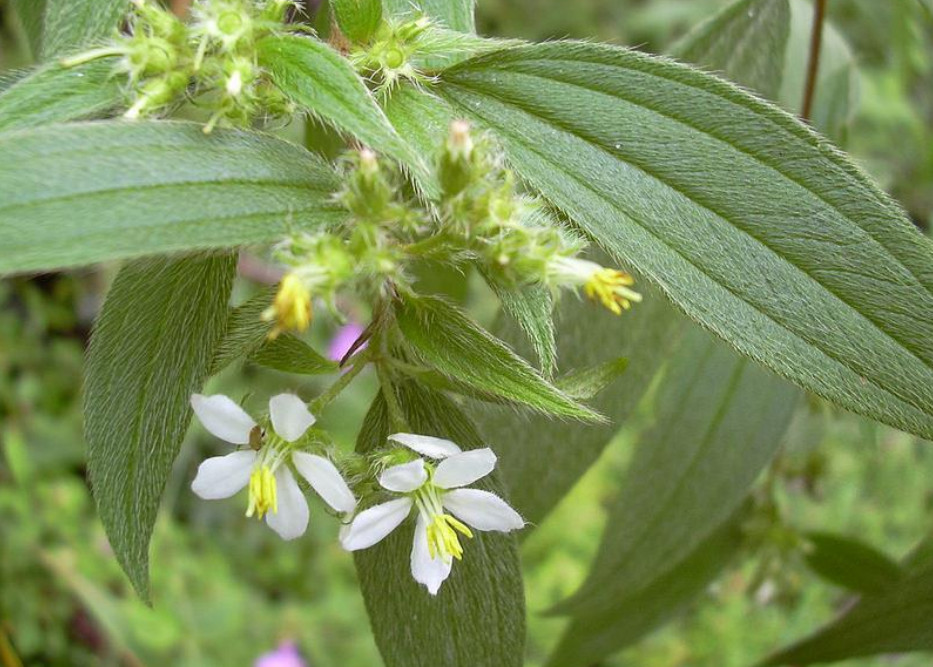 The Hawai‘i Department of Land and Natural Resources proposes the field release on State lands in Hawai‘i of a beetle from Brazil, Syphraea uberabensis, for biological control of cane tibouchina, Tibouchina herbacea.

Tibouchina is a noxious weed native to South America. In Hawai‘i, it is naturalized and is locally abundant in mesic to wet forest on the islands of Hawai‘i, Lānaʻi, Maui, Molokaʻi, and Oʻahu. It is able to invade native forests, and once established it forms dense stands and displaces native vegetation.

The Big Island Invasive Species Committee supports the proposed release of the miconia butterfly E. chysrippe as a biological control for miconia. As there are no native members of the Melastomaceae Family in Hawaii, and several species in this group are extremely damaging to Hawaii’s ecosystems, we have no concerns with non-target impacts. The EA includes the results of the extensive host testing performed by the researchers and we are satisfied with the specificity results.

BIISC is very familiar with the challenges of controlling miconia through physical and chemical efforts. Our organization claims its roots in the Big Island Miconia Action Committee, a group formed in the mid-1990s to fight miconia – one of the World’s 100 Worst Invasive Species as designated by the International Union for the Conservation of Nature (IUCN).

Because the Big Island was the location of the initial naturalization in the 1960s, the infestation here by the 1990s was already entrenched. While other islands pursue eradication, the strategy on the Big Island was, from the beginning, one of containment of core populations and eradication of outliers. However, while over a decade from 1996-2006 BIMAC/BIISC controlled literally millions of plants, it was not feasible to deplete those core populations. With a million seeds per plant, a single reproducing adult can cancel years of control work in just a few seasons. Calculations of the cost of the physical/chemical control ranged from $22/acre to $375/acre. With hundreds of thousands of vulnerable acres on the Big Island, the task of controlling with this method alone is nearly impossible.

The strategy of containment adopted in those early years was with the intent of buying time until a biological control agent could be found. Even in 2000, the natural resources professionals who developed the Big Island miconia strategy acknowledged the critical need for this tool. We are excited and grateful to now have this tool available, and we look forward to seeing the “pretty yellow butterfly” at work in our miconia-impacted forests. We appreciate all of the work that has been done to make this biocontrol available.

The BIISC also wrote in favor of the Brazilian beetle release:

The Big Island Invasive Species Committee supports the proposed release of the beetle Syphraea uberabensis as a biological control for the noxious weed, Tibouchina herbacea.

We have reviewed the EA and are satisfied with the extensive testing on the beetle that has been done to ensure that this species will not pose a non-target threat.

Cane tibouchina and its melastome cousins are notorious amongst ranchers, conservationists, and homeowners as aggressive and intractable weeds that spread rapidly, even in undisturbed areas. The Hawaii-Pacific Weed Risk Assessment designates a rating of 24 for T. herbacea, indicating a high number of invasive characteristics. Mechanical removal of the plant is often not feasible in protected forest landscapes, and often not successful due to the plant’s tendency to resprout vegetatively.

The ability of Syphraea to impact other melastomes is a welcome effect. With widespread populations of invasive melastomes across our island, biocontrol is the only option available for long-term control and reduction of spread.