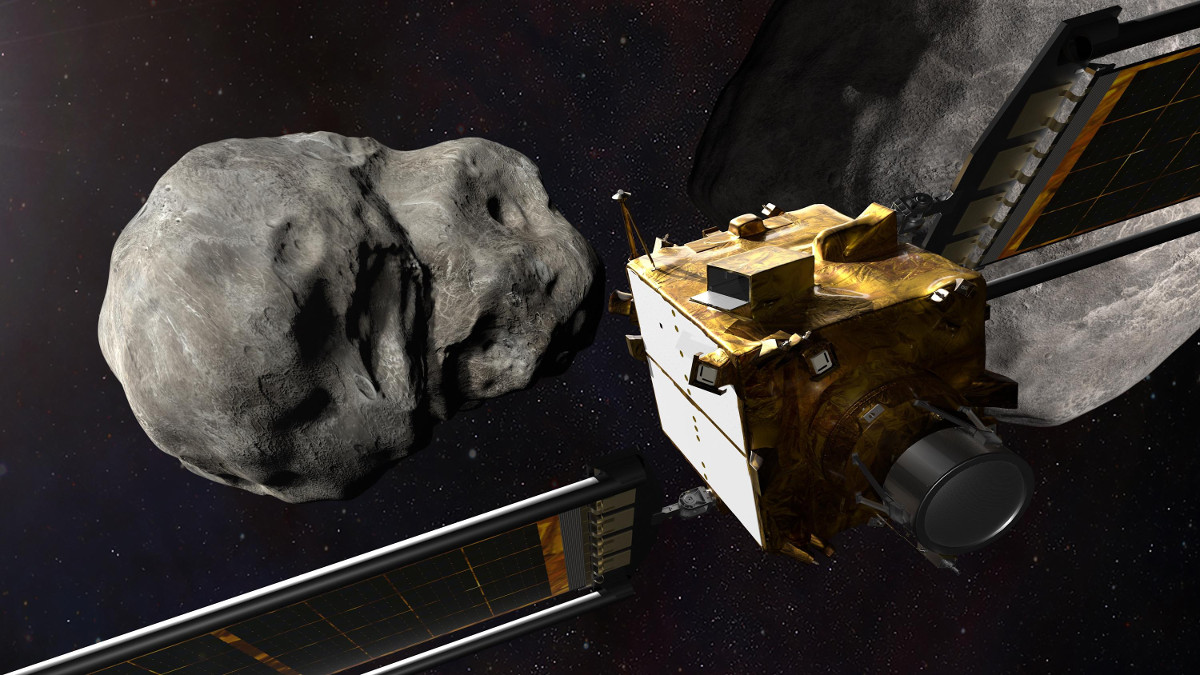 HAWAIʻI - University of Hawaiʻi astronomers will track the impact of the Double Asteroid Redirection Test, or DART, using telescopes on Maunakea and Haleakalā. 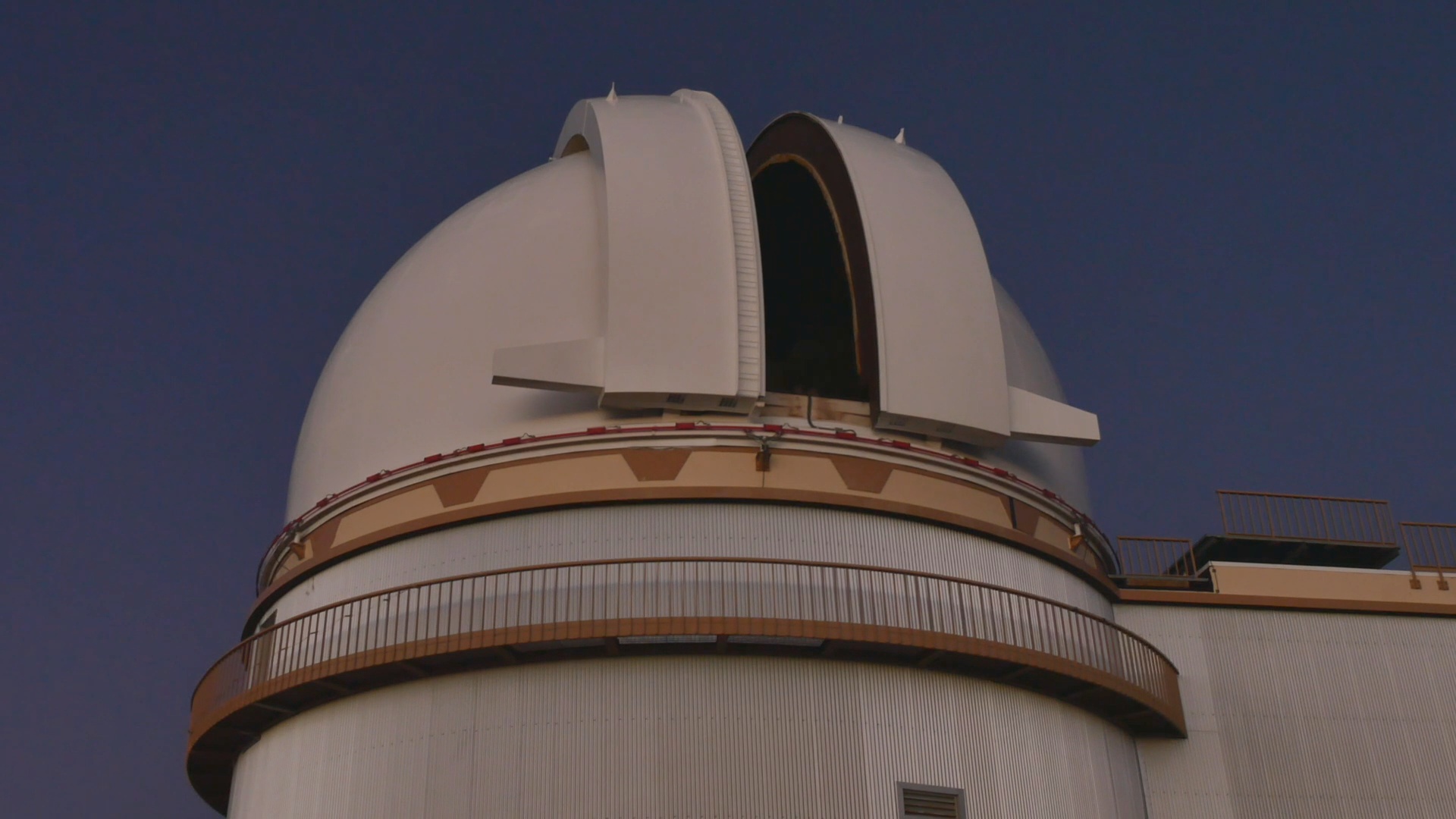 UH 88 telescope on Maunakea (from video by University of Hawaiʻi)

NASA is preparing to crash a spacecraft the size of a school bus into an asteroid to assess if a deliberate impact can deflect objects on a collision course with Earth. The University of Hawaiʻi Institute for Astronomy (IfA) is playing an important role in the space agency’s first full-scale planetary defense test, dubbed Double Asteroid Redirection Test (DART), scheduled for Monday, September 28 at 1:14 p.m. Hawaiʻi time.

The spacecraft will collide head on with Dimorphos, a small asteroid that poses no threat to Earth. Following the impact, UH astronomers will use the UH88 telescope on Maunakea and Faulkes North telescope on Haleakalā, one of a number of observatories part of the Las Cumbres telescope network that the astronomers will utilize around the world, to collect data and determine how Dimorphos was impacted.

“The Earth has been hit by big asteroids in the past, and with all likelihood will be hit by something big again,” said J.D. Armstrong, HI STAR director and IfA Maui outreach astronomer. “When we find one coming our way, we want to know what to do. We want to know how to change the path of the asteroid so that it will not hit us. It could be that important.”

Armstrong and fellow IfA Astronomer Dave Tholen will also work with students throughout the next couple of months to track Dimorphos’ orbit using photometric observations.

If the impact changes the asteroid’s velocity it will prove the planetary defense method can be effective in pushing a potentially hazardous asteroid away from Earth.

The spacecraft is projected to hit Dimorphos in the opposite direction to the asteroid’s motion. Tholen will mentor UH Mānoa undergraduate student Vernon Roark, an astrophysics major who will obtain orbital shift observations as part of his senior research project. HI-STAR high school students Wilson Chau, Holden Suzuki and James Ancheta will work alongside Armstrong on Maui to also closely track the asteroid’s orbit. 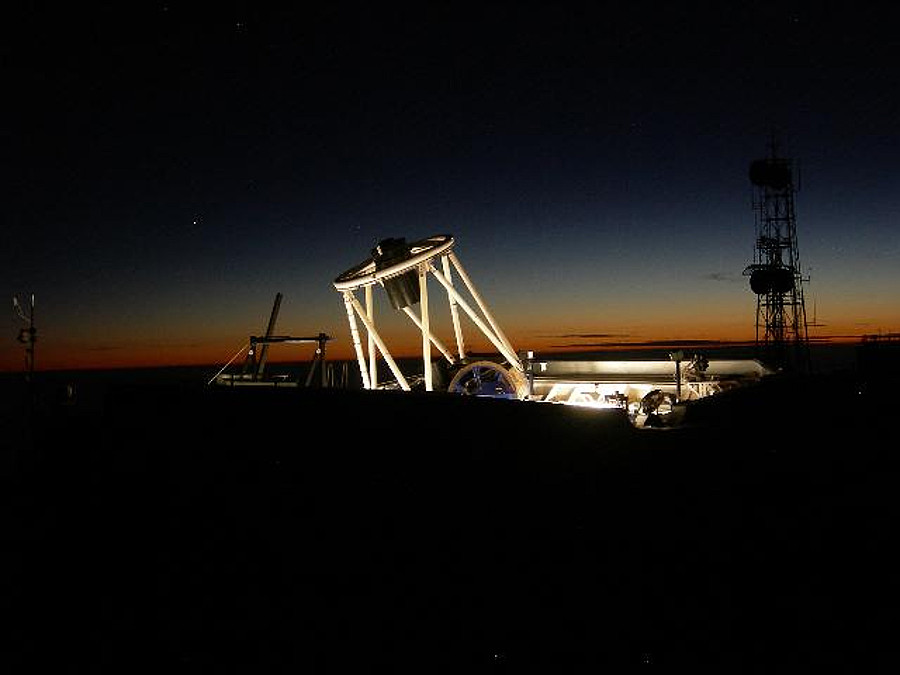 Faulkes North telescope on Haleakalā (via University of Hawaiʻi)

UH’s Pan-STARRS1 telescope on Haleakalā is the world leader in finding larger Near-Earth Objects that could pose a threat to the planet. IfA astronomers who operate the observatory on Maui play a fundamental role in the nation’s planetary defense program. In 2017, during routine operations, Pan-STARRS discovered the mysterious interstellar object, ʻOumuamua, the very first of its kind spotted in the solar system.

After Pan-STARRS identifies an object that might be passing very close, telescopes on Maunakea and elsewhere around the world will stop what they are working on and track the object to determine if it is a possible threat to Earth.

The search for NEOs is funded by NASA’s Planetary Defense Coordination Office through its Near-Earth Object Observations Program.