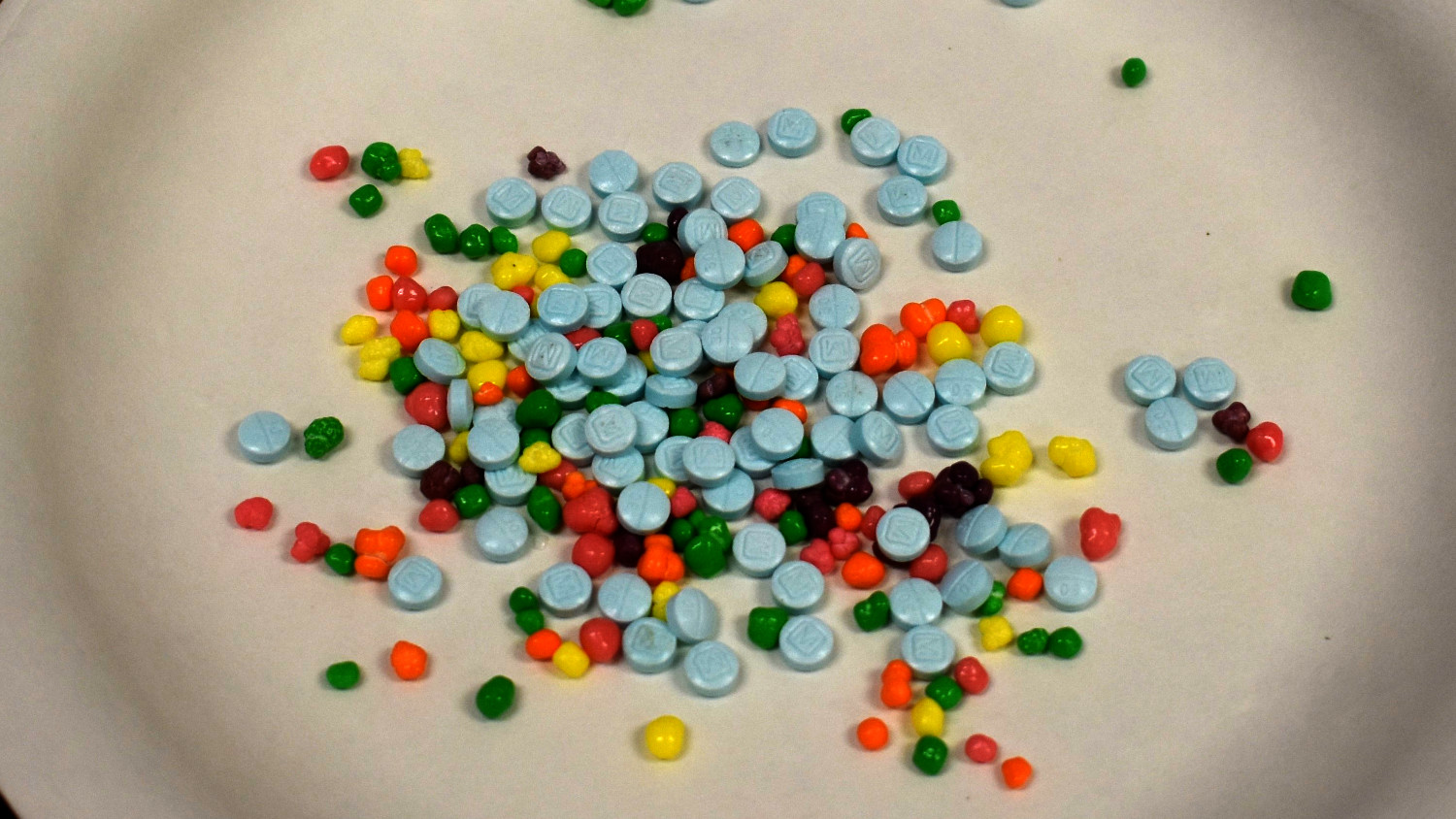 HAWAIʻI ISLAND - Police have seen an increase in rainbow fentanyl in pill form, and there has also been a rise in fentanyl-related overdose deaths over the last year. 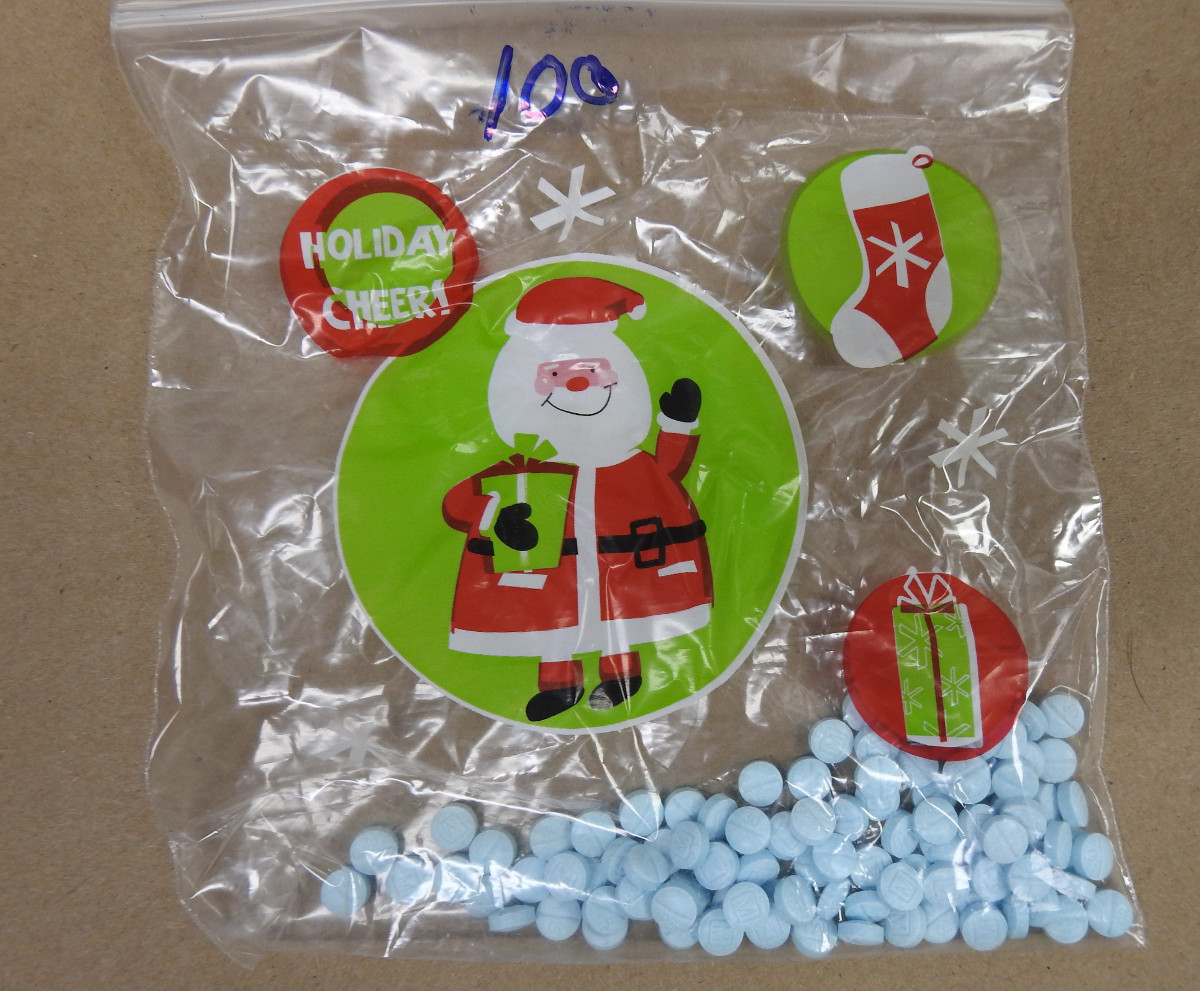 Hawai‘i Island police are again warning the public about the dangers of fentanyl after ongoing investigations have led to the recovery of fentanyl in various forms. Since issuing a warning about fentanyl in June, Hawai‘i Police Department has seen the recent arrival of rainbow fentanyl on island, particularly in west Hawai‘i. It’s commonly called rainbow fentanyl because it comes in colored pill form that resembles candy.

“As of the last few weeks we’ve seen an increase in rainbow fentanyl in pill form,” says Lieutenant Edwin Buyten, of the Area II Vice Section.

“Rainbow fentanyl is brand new to us here on island,” adds Buyten. It’s a marketing tool for the drug trafficking organizations meant to lure in a younger clientele. That’s concerning due to the danger it places on our island keiki and our community as a whole. With the Halloween season approaching, there’s an increased threat of children mistaking rainbow fentanyl for candy.”

Fentanyl is a synthetic opioid that can exist in various forms (e.g., powder, tablet, capsule, solution, or rocks). Although medically prescribed fentanyl has a legitimate purpose, illicit fentanyl, produced in unregulated and uncontrolled clandestine laboratories, can be deadly.

For the most part, illicit fentanyl pills and powders are manufactured in Mexico by drug cartels in laboratories, who profit by exporting their illicit drugs to the U.S. The concentration of the drug varies widely and as little as two milligrams (about one grain of Hawaiian salt) of fentanyl can be fatal in a non-opioid-tolerant individual.

“With the introduction of illicit fentanyl, it is cheaper and more readily available to opioid users. It’s flooded the market and it’s more dangerous,” says Buyten.

To combat this threat, Hawai‘i Island police have been increasing enforcement efforts to track down and dismantle the groups responsible for importing fentanyl and other drugs on island.

“These partnerships assist our personnel in the ability to identify traffickers on the mainland who are supplying our community with illicit fentanyl and allow us a greater ability to intercept fentanyl before it hits our streets.”

According to Lieutenant Buyten, in west Hawai‘i alone, the department has recovered an estimated 15,000 fentanyl pills in the last year.

Last month Officer Justin Gaspar of the Area II Vice Section received the Officer of the Year award from the Kona Crime Prevention Committee for taking down a major drug distribution operation on island, recovering $1 million in illicit drugs, including 7,000 fentanyl pills and one kilogram of pure powdered fentanyl.

Illicit fentanyl was rarely seen on island before 2019 and when recovered by police, was usually in powder form. Because even a small amount can be fatal, the rate of overdoses is increasing.

Final determination in each of those cases is dependent upon the receipt of toxicology results and these investigations are ongoing. Because it can take months for toxicology reports to be completed, police are proactively reaching out to the public to increase awareness about the dangers of fentanyl.

1.) Unknown or unlabeled powders, solutions, or rocks.
2.) Pills or capsules that may resemble actual medications, but their origin is not certain.
3.) Did it come from a pharmacy?
4.) Is it properly packaged/labeled?
5.) Is there a medical prescription associated to it?
6.) If the answer is no, do not touch.

An individual experiencing fentanyl poisoning may exhibit one or more of the following:

1.) Drowsiness or unresponsiveness
2.) Constricted or pinpoint pupils
3.) Slow or no breathing

If these signs are observed, contact emergency medical services at 911 and provide a description of the circumstances.

An option may be to administer Naloxone, if it is available and you have received training in its administration. Otherwise, follow directions from the dispatcher until emergency medical services arrive.

If you encounter prescription medication or drugs of unknown origin, do not touch them. Try to determine the item’s identity by checking with people who could have placed it there. If unable to determine its origin and the drug-related item seems suspicious, notify police at (808) 935-3311.