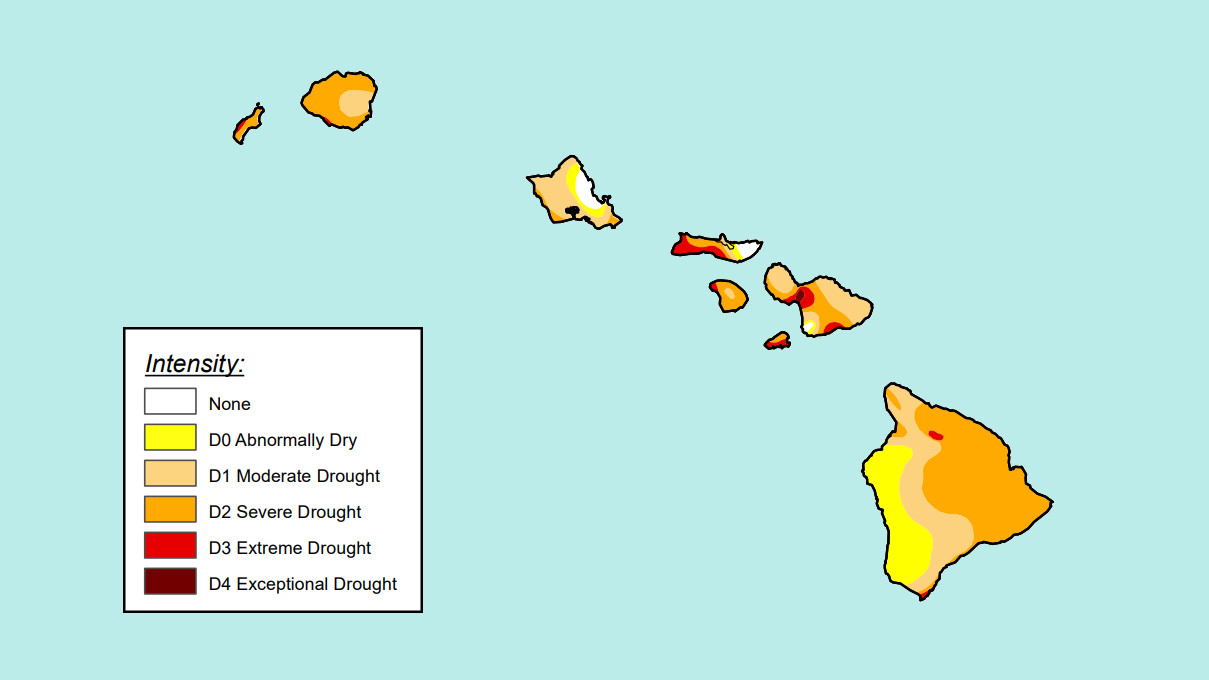 HAWAIʻI ISLAND - The September 29 update from the U.S. Drought Monitor shows "severe drought" has expanded on the windward side of the Big Island, but contracted on the leeward side.

From the U.S. Drought Monitor:

In Hawaii, a weak trade-wind flow this week resulted in dry weather over some parts of the islands while allowing afternoon heating to trigger convective showers over other parts. D2 expanded on Kauai, 1-cat improvement was made on the southwest side of Maui (southwest flank of Haleakala volcano), and D2 expanded on the windward side of the Big Island and D1-D2 contracted on the lee side.