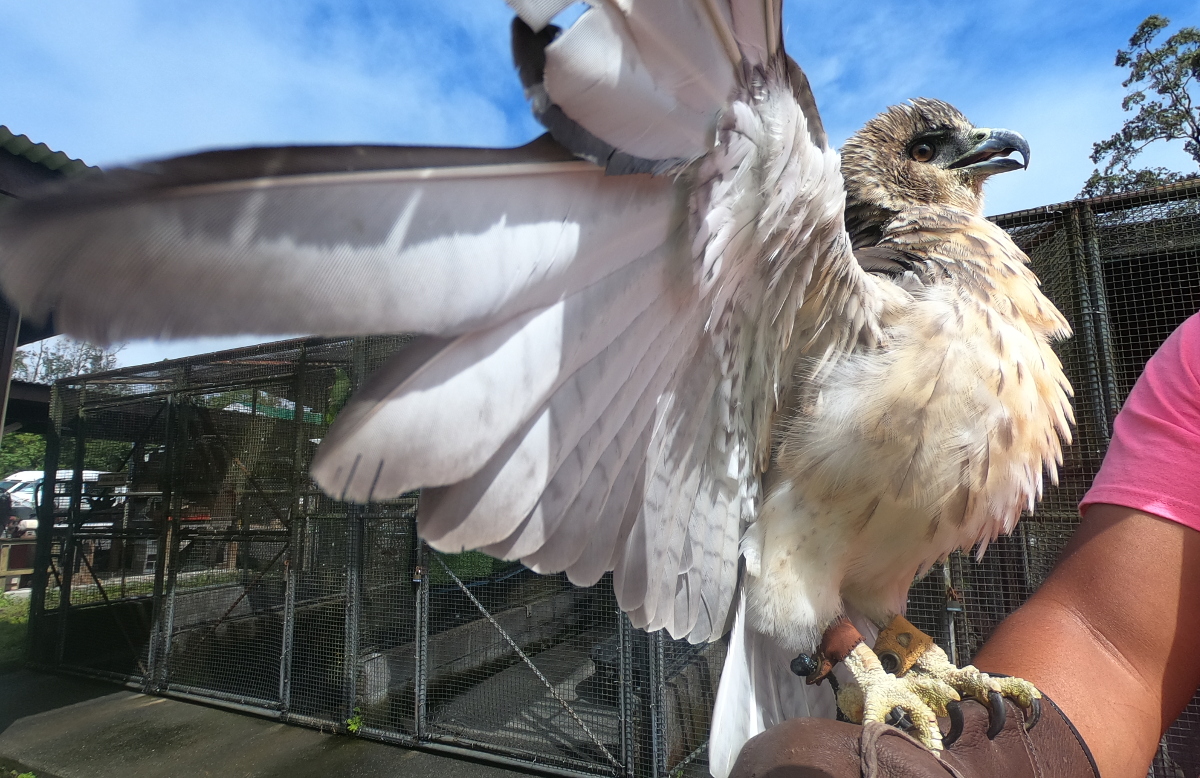 HILO, Hawaiʻi - A group of conservation agencies and non-profits are collaborating on the first-ever “Hawk Week” in Hawaiʻi, from October 9th through 15th. 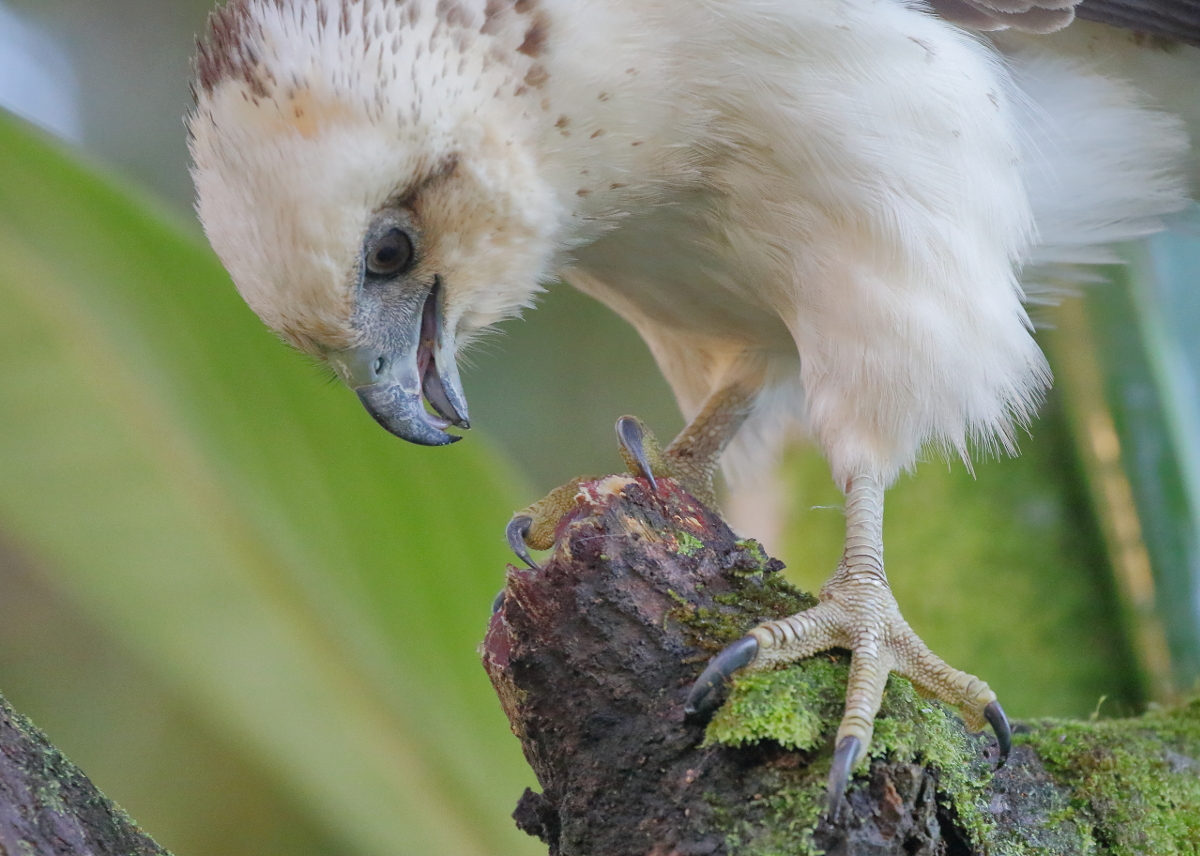 Prompted by repeated injuries suffered by a single ‘Io (Hawaiian hawk), a collaboration of conservation agencies and non-profit organizations are holding the first-ever “Hawk Week,” October 9-15, 2022.

Intended to bring attention to the plight of our state’s native hawk and to raise awareness about the threats the bird faces, the week includes numerous opportunities for people to get involved and educated.

Makaʻio is a permanent ambassador to his species, now living at the Hawaiʻi Wildlife Center in north Kohala.

The three-year-old male bird came to the center in 2019 and is under the care of veterinarian Dr. Juan Guerra and his team. “His main problems were an eye injury and a soft-tissue wing injury,” Guerra explained while putting Maka‘io through a daily series of exercises to keep him healthy. “His wing injury healed fine, but he can’t see out of his right eye anymore. As a birds of prey, ‘Io don’t do well out in the wild if they’re unable to see with both eyes.”

The center applied for permits from the U.S. Fish and Wildlife Service (USFWS) and the DLNR Division of Forestry and Wildlife (DOFAW) to keep Maka‘io as an education bird. Guerra said, “He’s here for people in the local community to learn more about his species, about their natural history, their cultural importance, and the work we do at the wildlife center.”

Those are exactly some of issues and subjects, Hawk Week covers during seven-days of ‘Io appreciation online presentations.

Ande Buskirk, the Education and Outreach Specialist for the DOFAW Hawai‘i Island branch conceived the week-long series of virtual talks as a way to honor and celebrate the native hawk. “Each day, starting this Sunday, new content will be added to the Hawk Week page according to each day’s theme,” Buskirk said. 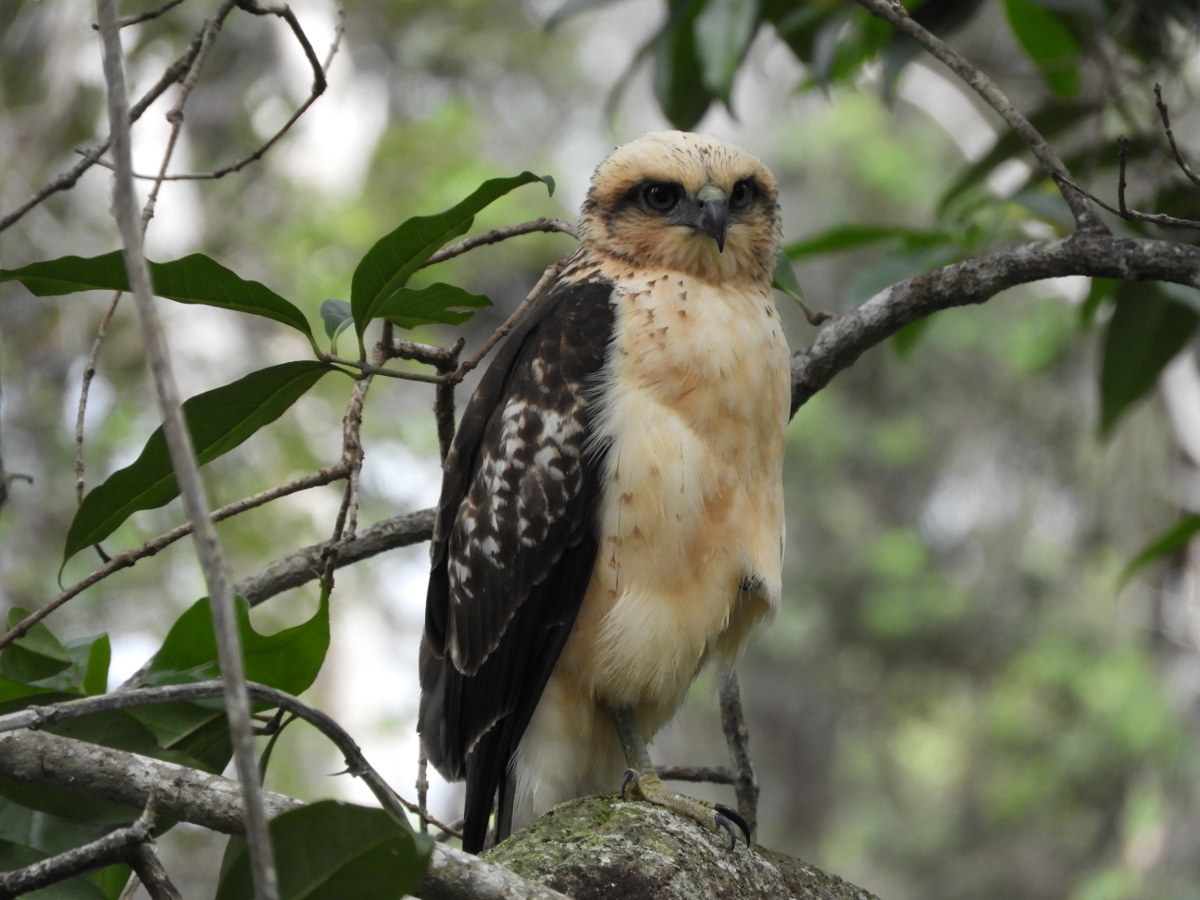 Here is the schedule, according to the DLNR news release:

In addition to Hawk Week virtual events, DOFAW education specialists have been offering programs to interested public schools on Hawai‘i Island to provide information about ‘Io and particularly the threats they face from people.

Ray McGuire, a DOFAW Wildlife Biologist commented, “Protecting our native wildlife is huge. If people know there is a community that cares about these birds, perhaps that will stop some people from shooting at them. We want to remind people that ‘Io and many other native birds are protected under both federal and state laws.”

In addition to DLNR/DOFAW and the Hawai‘i Wildlife Center, the Office of Hawaiian Affairs is a primary supporter of Hawk Week. The USFWS, San Diego Zoo Wildlife Alliance, and The ʻAlalā Project provided expertise in developing Hawk Week programming.